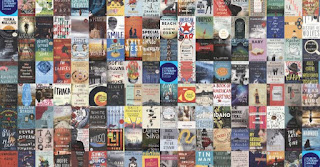 The Art of Living Alone & Loving It 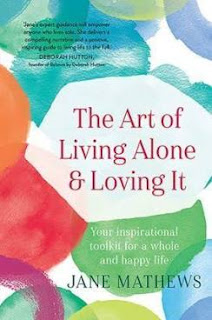 I don't live alone, but I will one day soon enough. Not a fate that I ever expected, or planned. But one day soon enough Master Wicker will fledge and leave the nest. And I will live alone. Actually it's just occurred to me (right now) that I have never lived alone! I've always had family, or flatmates. I've lived single, but never alone. Short stays in hotels for conferences probably doesn't count. Maybe this will be a bigger change than I had ever contemplated...

The Art of Living Alone & Loving It was one of those books that I picked up and bought the first time I ever saw it in a store. That was a few months ago, and in the past couple of weeks I got around to picking it up. I really enjoyed it. It's a good all round Self Help/Meditation of Life kind of book. The advice contained within could help anyone regardless of how many people are in the house on census night.

Like most of us Jane Mathews didn't chose to live alone. She "fell into it post divorce - not with an elegant swan dive but a graceless belly flop." But she came to love the freedom and independence. We all want "a life brimming with opportunities and potential, lived in Technicolor, not black and white."

It's not all fun and games though this single lifestyle- living alone is a skill and requires some thought, effort and discipline Jane tells us. "It is always potentially trackpants o'clock." So how do I become a "frolicsome otter" swimming in my independent waters, revelling in every twist and turn?


Our lives are built choice by choice.

The book is in chapters dealing with all the facts of life - relationships, health, home, finances, interests, spirituality and action, how to actually get things done. There is even a great chapter on Cooking for One- I want to try Cheat's Quesadillas now.... If only I could keep wraps and cheese in the house. Each chapter ends with a one page summary- the Take Aways. 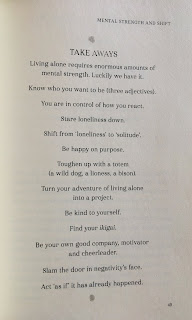 Chapter 2 Mental Strength and Shift is absolutely fabulous. There are 12 tools to help us be more resilient and tough. It is wise and universally applicable, not relevant just to those living alone.

The grit in the oyster makes the pearl.

Vitality, not happiness is the opposite of depression.

The world is as you perceive it.

Avoid developing a habit of discontent, which is an emotional cut de sac.

Jane Mathews is a Barefoot Investor (see my review) fan, and so much of the advice in the finances chapter had a familiar theme. Which is fine, it's all rather sensible advice. I was a bit taken aback in this section when Jane pointed out that those living alone are more vulnerable financially and "We have to think twice about buying things we want but don't need. Every dollar spent now distances us a little from the life we want in the future." Well. Oops. Maybe I should have read that before the changes I've made in the last few months? No regrets though.

Jane wants us all to live big lives, pushing the boundaries, experiencing new things, learning new things. To enjoy the abundance of time alone, because that's what everyone else wants more of!


Better to be alone than wish you were.

The chapter on spirituality was the least appealing one to me. My internal landscape is rather barren I'm afraid. I'm quite happy to try new things, and trailing my fingers through the water sounds delightful, but I don't feel the need for oracle cards or to walk labyrinths anytime soon in this lifetime. I am half tempted to try meditation though.

I love that Jane calls those living alone soloists! Such a strong, empowered word and image. Soloists are the fastest growing demographic. Two million Australians live alone. A quarter of all households.


You will find you are as capable as you need to be.

I know that I'll reread this book whenever it comes my time to live with myself. 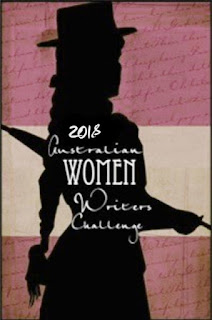