Wondrous Words Wednesday is a weekly meme hosted by Bermuda Onion, where we share new (to us) words that we’ve encountered in our reading.
I've just finished reading Witi Ihamaera's The Whale Rider- a rather fascinating insight into modern Maori culture. I plan to write a proper post on it sometime soon, but in the meantime thought I would pass along some of the many new words I came across in this book.
1. Lambent
Even in his lumbering years of age the whale would remember his adolescence and his master; at such moments he would send long, undulating songs of mourning through the lambent water.
lam·bent  adj.
1. Flickering lightly over or on a surface: lambent moonlight.
2. Effortlessly light or brilliant: lambent wit.
3. Having a gentle glow; luminous.
[Latin lamb

ns, lambent-, present participle of lambere, to lick.]
I do love the concept of lambent, I do rather think it's such a dreary sounding word for such a beautiful phenomenon.

2. Susurrated (and glissandi while we're at it)
The ice cracked, moaned, shivered and susurrated with rippling glissandi, a giant organ playing a titanic symphonic.
su·sur·ra·tion   also su·sur·rus

tus, past participle of susurr

re, to whisper, from susurrus, whisper, ultimately of imitative origin.]
su·sur

A rapid slide through a series of consecutive tones in a scalelike passage.
[French glissade; see glissade + -ando (as in accelerando).]
3. Skirled
The elderly female whales skirled their happiness through the sea.
skirl

1. The shrill sound made by the chanter pipe of bagpipes.
2. A shrill wailing sound: "The skirl of a police whistle split the stillness" (Sax Rohmer).
[Middle English skrillen, skirlen, probably of Scandinavian origin.]
4. Plangent
The sound was plangent and sad as he tried to communicate his oneness with the young whale's mourning.
plan·gent

gent·ly adv.
It's funny to note that all these words are from sections about the whales, which is actually not the major part of the book. The majority of the action centers on the people rather than the whales. But for some reason his writing about the whales had more words I didn't know. Although the people sections had many, many Maori words I didn't know. More on that later.
Posted by Louise at 01:34 9 comments:

Welcome to this week's Literary Blog Hop hosted by The Blue Bookcase!
Robyn asks: What setting (time or place) from a book or story would you most like to visit? Eudora Welty said that, "Being shown how to locate, to place, any account is what does most toward making us believe it....", so in what location would you most like to hang out?
This one is a bit of a no-brainer for me. I want to go to The Louvre in the early 17th century. The Louvre is fabulous now. I love the building, the grandeur, the artworks. 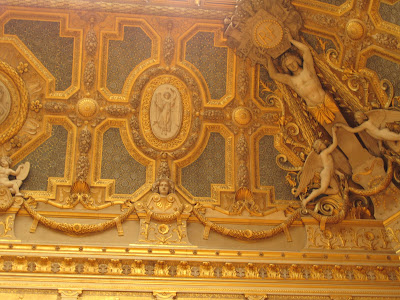 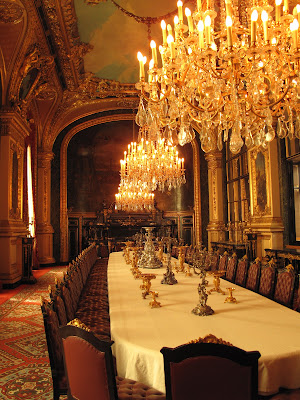 But imagine seeing it as it was meant to be, as a palace for the King! Oh to be transported back in a TARDIS to the time of Louis XIII, Queen Anne and Cardinal Richelieu. How fascinating would that be? I haven't found a TARDIS recently, but I did read Alexandre Dumas's classic The Three Musketeers. It's nearly as good I guess.
Although somehow I suspect that I would miss some of the modern Parisian delights.... like macarons and champagne.  I wonder if it would smell, or be full of rats?
Posted by Louise at 00:33 No comments:

Wondrous Words Wednesday is a weekly meme hosted by Bermuda Onion, where we share new (to us) words that we’ve encountered in our reading.
I've recently read Pride and Prejudice and Zombies. Whilst thoroughly enjoyable, it wasn't quite the wordfest that I remember Pride and Prejudice being when I first read it . I did come across three interesting words though.
1. propinquity- fairly obvious in context:
Mr Gardner expressed a wish of going round the whole park, but feared  it might be too dangerous given the propinquity of the herd.
pro·pin·qui·ty  (pr

s, from propinquus, near; see per1 in Indo-European roots.]
2. dilatory- definitely a new usage for me
His family knew him to be a most negligent and dilatory correspondent; but at such a time they had hoped for exertion.
dil·a·to·ry  (d

1. Intended to delay.
2. Tending to postpone or delay: dilatory in his work habits. See Synonyms at slow.
[Middle English dilatorie, from Latin d

tus, past participle of differre, to delay : d

ri·ness n.
3. connubial- also obvious in context:
But no such happy marriage could now teach the admiring multitude what connubial felicity really was.
con·nu·bi·al  (k

Relating to marriage or the married state; conjugal.
[Latin c