The Wicker family had an astonishing celebration lunch at Arpege in July 2013. So I was thrilled recently to see this documentary on chef Alain Passard, the passionate mind behind the 3 Michelin star L'Arpege. I've recently discovered that the lovely glass panels in the restaurant are by Lalique, makers of my perfume, Satine, which makes me like it even more of course.

Le Solfege du Legume shows us the history of Arpege, which used to be a "steakhouse". I'm sure it was never a steakhouse in the way that I would usually think of one. But Alain cooked with meat for 30 years.

"The transition between the two ways of cooking took some time, I was almost a year without work, it was very hard to find inspiration in a dead animal, and then one day a new world opened and the world of vegetables opened up to me."


And then he decided to make vegetables the star of his menu, which is one of the reasons that we picked this restaurant for a special family lunch- it's hard taking a 12 year old vegetarian to most restaurants, particularly most French restaurants- but Arpege made it easy.

Alain is so passionate about vegetables it's astounding to see him work with them. He is reinventing the fine art of cooking vegetables daily. He approaches produce in a  way that I've never seen before.

"The difficult thing is to make it simple."


Much of the discussion about cooking is about simplicity. Alain believes that simplifying comes with experience and maturity- that the essence of his art is about refinement, precision and accuracy. We see the intensity with which he approaches each tasks, the delicacy of him shaving a fine layer from a beetroot, almost caressing it. Alain judges the quality of a young worker by the way he uses his hands, how he sprinkles a pinch of salt- he is able to learn their character by their hands.


Alain and his chefs often wear gloves in the kitchens. He often cooks the vegetables in butter at low heat, covering them with greaseproof paper to partly steam them. 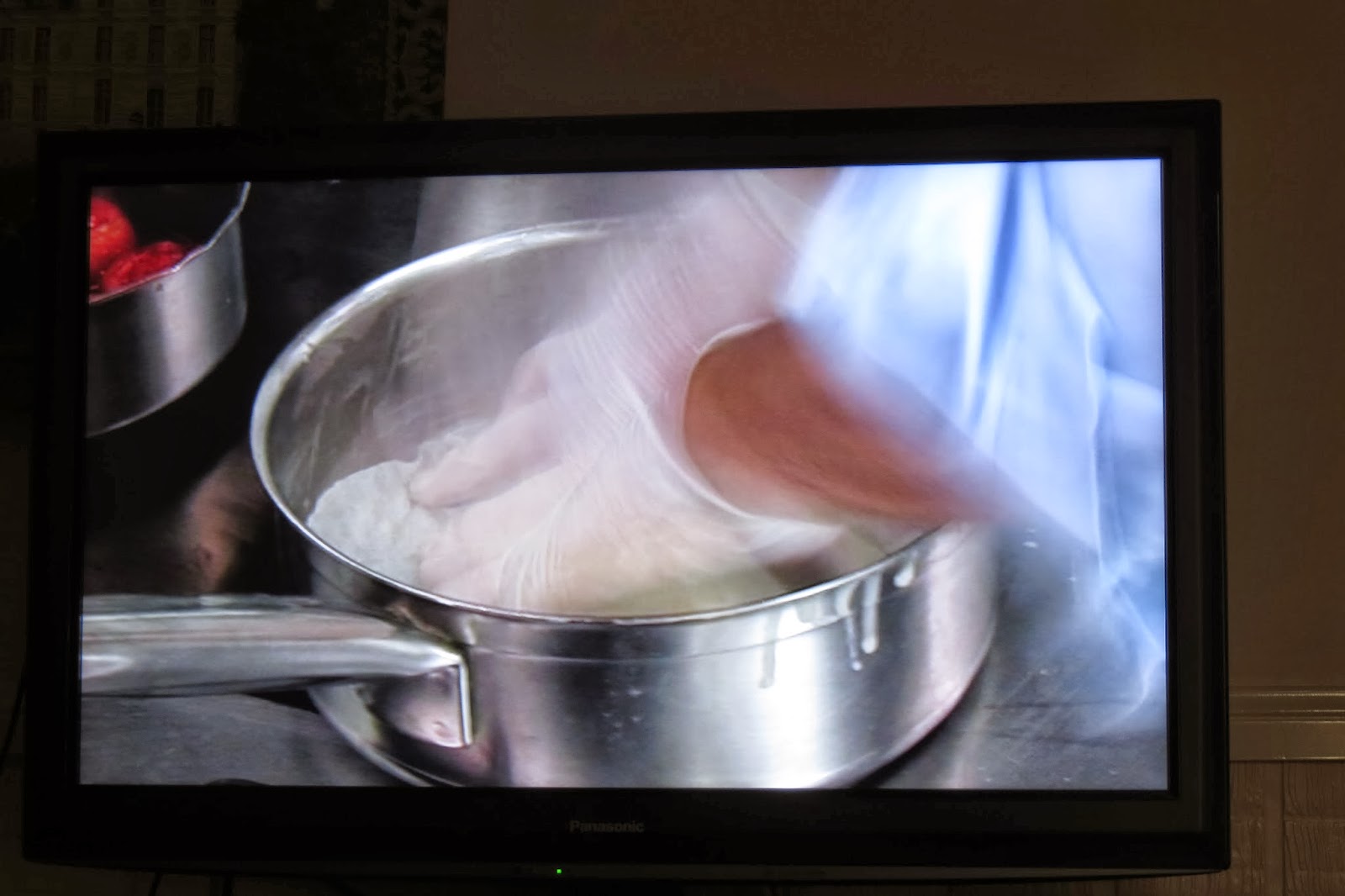 Cooking the vegetables is based on heat control, "with softness comes subtlety". He brings his knowledge and experience gained from cooking meat for 30 years to the cooking of vegetables, he enjoys controlling the heat. Alain also uses sound in his cooking- his grandmother Louise taught him to listen to the food he is cooking, the way the flame sings around the food. Her influence is very much still present, and she is honoured by having her picture hang in the restaurant.

Alain of course sources his produce from his own kitchen garden, potager, near Fille-sur-Sarthe, close to Le Mans, in the Loire, about 200km from Paris. Using their own produce is a "quality issue". 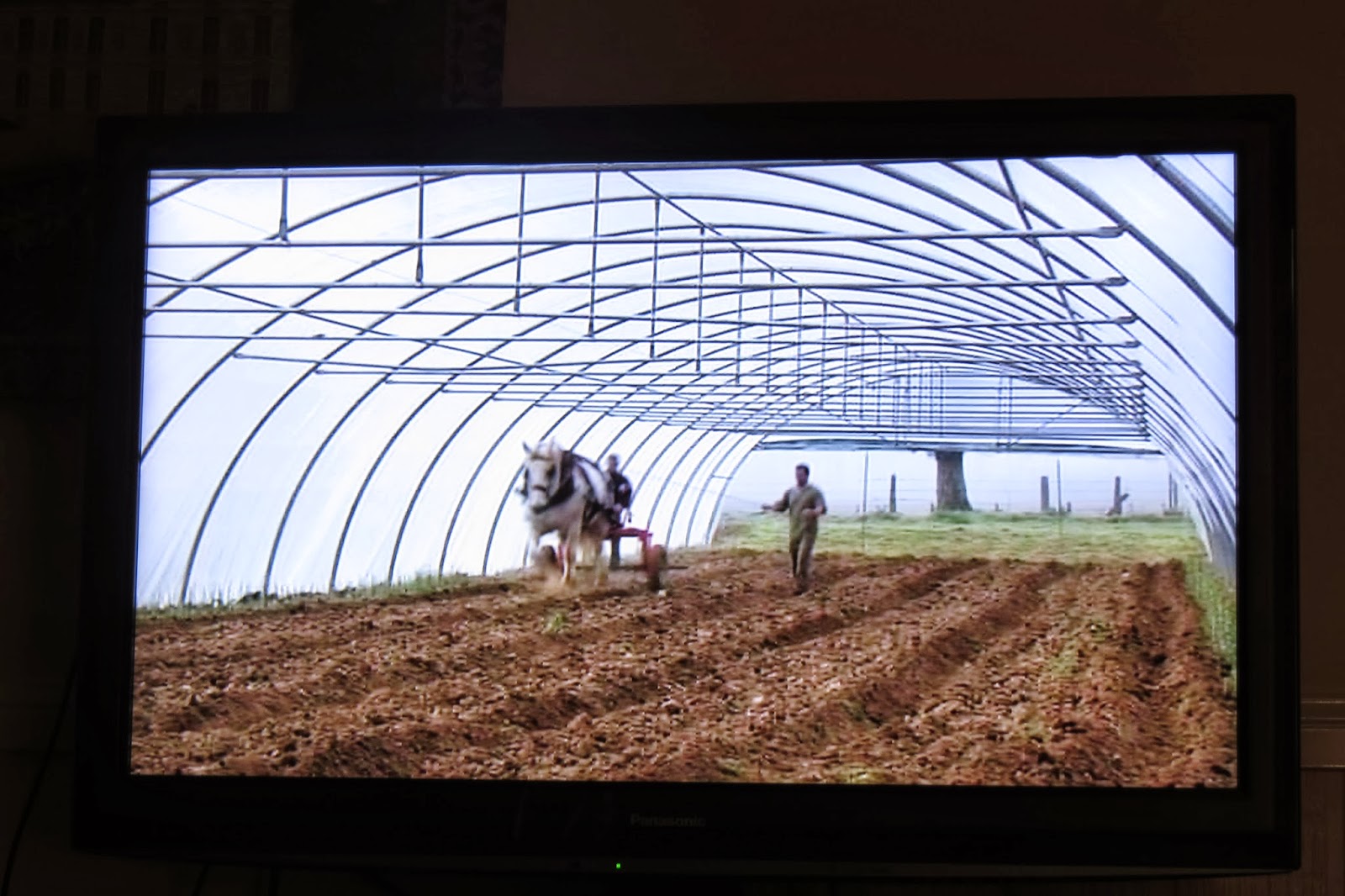 Head gardener Sylvain Picard grows 450-500 varieties of fruit, vegetables and herbs each year. They grow more than 50 varieties of apples, 10 types of asparagus and 7-8 varieties of carrots.

We've only used 10% of what can be done with a carrot, the ideas you can find in a vegetable is intoxicating, it forces you down a different creative path to cooking meat."


The produce guides the menu. We see Alain and Sylvain examining the produce at the farm, plucking it from the ground, slicing, tasting, and envisioning possibilities. 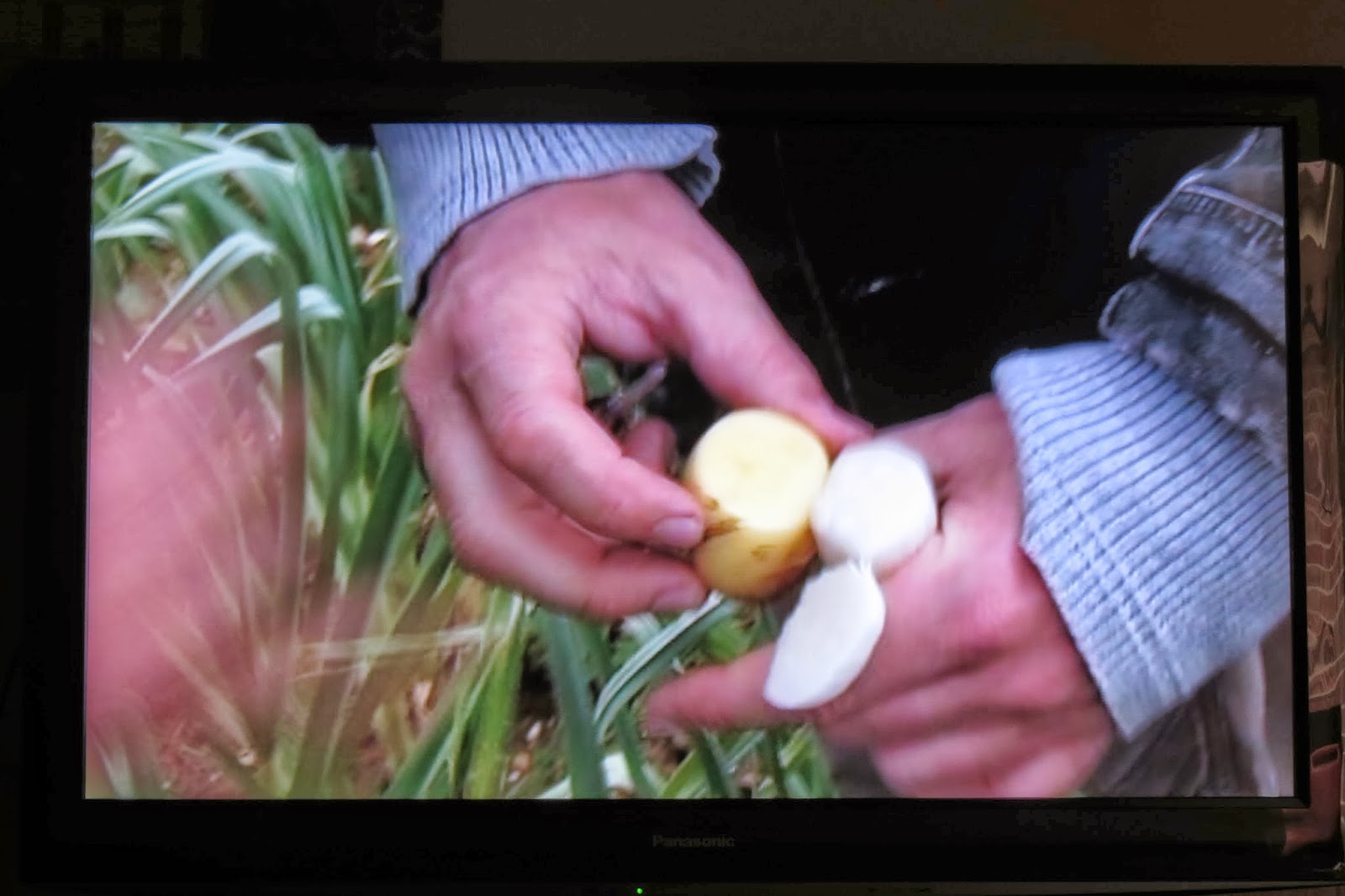 Simplicity and controlling the heat shine through as Alain Passard's guiding principles in the kitchen. Arpege isn't completely vegetarian, we had two courses that involved meat, and indeed these shine too-both Mr Wicker and I remember the speck foam from Arpege as one of the best things we ate in Paris last year.

Through the miracles of the internet you can watch Le Solfege du Legume online. Whilst I found the material fascinating, there was a rather annoying voiceover instead of subtitles, which I would have greatly preferred.

Oh! This makes me hungry.
My kids are both vegetarians too- I'm not sure how that happened, but it does make eating out tricky when traveling. But now we've got another reason to go back to France!

WOW Thank you!
Sounds fabulous.
I can't wait to watch the movie.
He has a band dessiner put as well did you see it?
It's on Amazon.fr
I'll come back with a link on a Fr pastry film on Youtube that's excellent.

Can't stream it in France ;((
Here his comic book but just Google the title and you'll see many pages.
Love the parchment paper trick for steaming veg!

Wonderful to learn about this style of cooking.

Even if you are not a vegetarian, you might become one after eating a meal like this.

The care that goes into the making of a meal...I like that.

Wow! I am definitely going to stream that film.

How terrific to find documentary that is connected to your special birthday lunch. Thanks for playing along. Here’s my Dreaming of France meme