Children's Laureates are a growing trend around the world. As far as I'm aware the UK kicked it all off back in 1999 after an idea from Michael Morpurgo and Poet Laureate Ted Hughes. Quentin Blake became then became the first Children's Laureate. They have had a trail of illustrious names ever since.

Most recently Malorie Blackman took up the post of the 2013-2015 Waterstones Children's Laureate. Malorie is best known for writing for teenagers, while many of the previous laureates write for younger children predominantly, or write for all ages of children. Malorie is looking to champion diversity and inclusiveness through YA lit and she is curating a YA Lit Convention at the London Film and Comic Con in July 2014. There was a recent fascinating BBC Radio program, Open Book, featuring three Laureates- Malorie Blackman, Jaqueline Wilson and Michael Rosen about why we need a Children's Laureate, and how even children's literature can be political "because it is ignored".

Just recently the Americans announced their next Ambassador of Young People's Literature for 2014-2015- Kate Di Camillo. The Library of Congress have been awarding Ambassadors since 2008. The Americans have had three previous Ambassadors. 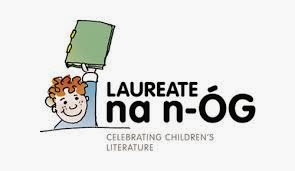 Ireland set up their Children's Laureate Project in 2010. They have had two Laureates na n'OG so far-  Siobhan Parkinson and Niamh Sharkey, and will shortly select their third. The Irish have the most inclusive selection process whereby 111 nominating bodies are asked to make nominations (up to two authors and two illustrators), and individual people can also nominate- the final decision is of course by their committee. 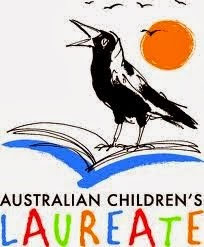 Australia has been a bit late coming to the Children's Laureate party. Our inaugural joint Laureates- Alison Lester and Monty Boori Prior have just finished their two year term, and Jackie French has taken up the reins this month.

There's not a whole lot of information about Laureates beyond the English speaking world. Sweden (of course it's the Swedes) recently created a Reading Ambassador for Young People. Their first Ambassador was Johan Unenge, and their current Ambassador for 2013-2015 is Johanna Lindback. Sadly I can't really find much about either of them in English, and their books don't appear to be available in English either.

I do look forward to the contributions that all these Laureates (all of whom are women at the moment!) make to the world of children's literature, and I certainly look forward to reading more of their own books too.
Posted by Louise at 22:41

Thanks for this Louise ... and what a good choice Jackie French is for our next one.