Wow, what an amazing book. I've read it twice in the past month or so. I wasn't planning to read it twice, but I had so many questions, and this haunting tale still played on my mind after I'd finished it, after bookgrouplist had dissected it for two weeks, that when looking about for a small book to take on holidays to Melbourne with me, I decided on a reread of The Road.

This is the second McCarthy that I have read. I read All The Pretty Horses a few years ago now, again with bookgrouplist. I don't remember many details from it now, but do remember sparse, clear prose. This book is even sparser, and clearer. As many have commented the style is almost poetic. The author is somewhat intrusive in this aspect though I think. To make the setting different from modern times, he has dispensed with apostrophes at random, and uses a lot of sentence fragments. The sentence fragments I don't mind in the least, but random placement of apostrophes is jarring to the modern reader. He also has either a Vast Vocabulary, or works with an online thesaurus open and continually running. Amazing words leap off the page- discalced, crozzled, cheroot.

We immediately enter a post-apocalyptic world somewhere in southern America, (See Rock City. A simple sentence early on, incomprehensible to the average Aussie reader actually gives it away) where an unnamed father and son are walking down the road, walking towards the coast, which looms as their only hope in a rather hopeless world. He has created a very convincing world. Several years earlier "The clocks stopped at 1:17. A long shear of light and then a series of low concussions." The cause of the end of civilization as we currently enjoy it is never explored in the book. And it has become irrelevant. Nothing matters except ongoing survival, and that is fraught enough. The plant and animal life has all but died out. They hear a dog once, but otherwise the native world is dead, killed by the pall of dust that cakes the world and hides the sun.

What is the point of their journey on The Road? Many have argued about whether this book, and it's ending are optimistic or not. I don't really see how it can be. All potential human food sources are dead. The few remaining people are eeking out their existence, living off the shrinking remnants of the previous society. Ultimately, what hope can there be? The father is still hopeful for the survival of his son, even in these cirucmstances.

The ending is somewhat alarming. It just seems to stop. The last paragraph does not come from those before it. But I don't think it's an important enough problem to ruin the book. As with any road trip, it's the journey not the destination that is important, and this journey is quite the page turner. An important book, ignore it at your peril.
Posted by Louise at 20:38 No comments:

Not Buying It. My Year Without Shopping 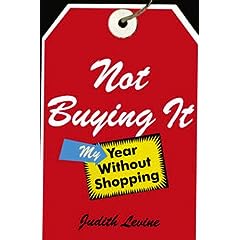 I'm not buying the premise of this book. It's an important book conceptually. We live in a consumer society, and need to question it's fundamental basis. Almost as a whim Judith and her partner Paul decide to spend a year (2004) without shopping. But there are a lot of provisos. She sets a quit date. And so stocks up on some essentials beforehand- a DVD player, renews all magazine subscriptions so they won't run out, a concrete elephant for the garden! There are also a lot of necessities that are allowable purchases- groceries, insulin for the cat, toilet paper, Internet access, newspapers, although that just seems to be the New York Times. There are a number of stumbling points along the way- friends buy dinner, wine, send over videos. I guess I was expecting more hardship from a year without shopping. I've just survived the early years of a young child, not going out for dinner for a year, or to a movie, is hardly a severe privation.

After all, the 2 of them manage to have 3 cars. They discuss this, but decide that the 3 cars are indispensable. They are also doing a $25, 000 renovation to their house in Vermont, which doesn't often rate a mention, nor should it, it is not overly compatible with the aims of the book. Hardly a year of cutback.

She is a vegetarian, and does an interesting inventory of her pantry. I felt humbled by the fact that she has 24 varieties of beans! I didn't know there are 24 varieties of beans. I do feel lucky counting a respectable 10 vinegars in my pantry- apple cider (2 brands), white, malt, red wine, chardonnay, maple, raspberry, brown rice and cabernet franc. Whereas our author only had 9. Do I need that many vinegars? Possibly not. I do use the cider, red wine and raspberry ones quite a bit. Indeed I have been distraught for some time at having almost used up the raspberry vinegar and being unable to replace it- it makes a sensational salad dressing for summer. But perhaps that is the point.

The book is very light on detail as to how she lives in her year without shopping. Although the details she does give are often not that impressive. She doesn't pay to go out to dinner, but will let her friends buy her dinner. Friends can also bail her out with bringing wine to have with dinner, even though they stocked up on alcohol (and a new DVD player!) before the big kickoff in January. How serious is she really?

She rambles on and on about a mobile phone tower planned for their community in Vermont. It isn't really central to her nonshopping year, and even though her partner is on the local council and involved in the decision making, it really should not be in the book as it is.

There are some pearls in amongst the pages. The early introductory part is probably the best, it's quite powerful, the rest of the book just lets it down. She talks of the time in the post September 11 attacks when Americans were stirred to patriotism by shopping. Consumer choice is democracy. A dollar spent is a vote for the American way of life. Buy that flat-screen TV, our leaders commanded, or the terrorists will have won. A kilo of meat takes seven times the resources needed to produce a kilo of grain.

We have enough stuff; most Americans have more than enough. Capitalism gives us everything except what is free. Yet capitalism needs us to want what we do not have, and desire for what we do not have is an infintely renewable resource. A fair point, on a day when the Sunday Telegraph is pointing out that we can now hire posh handbags by the week because they are too expensive to buy. Apparently Paris Hilton strolling on a Sydney beach in a Vuitton bikini with a plastic $2700 Vuitton bag caused a buying frenzy. Are people really that stupid that they would pay $2700 for a plastic bag because some dim wit took one to the beach one day? Seems so.
Posted by Louise at 20:06 No comments: 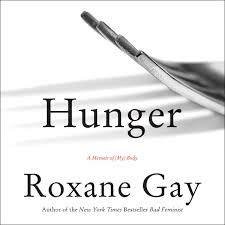