Way back in May I had a visit to the Sydney Biennale for the first time in many years. Decades probably. I remember seeing it at the Art Gallery of New South Wales in the 80s or 90s.

This day was my first trip to Cockatoo Island. 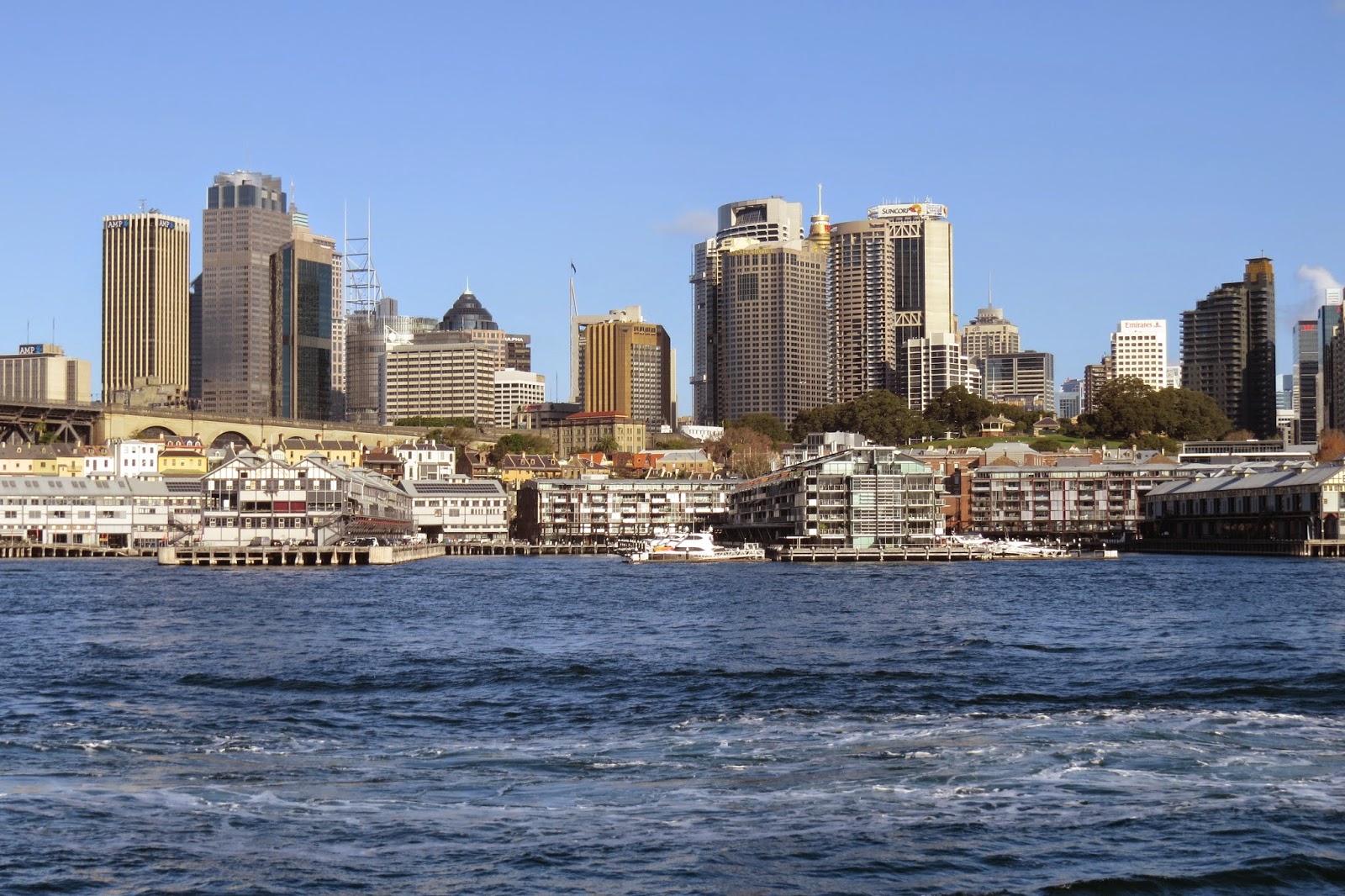 Sydney Biennale finished in June. You'll need to wait til 2016 for the next one.

I've read 8/10 of these authors! Not every work by them of course, but at least a sampling.

Lois Lowry's The Giver is astonishing (my gushing review from last year) and there is a movie version coming out very soon.

I've only read one E.L. Konigsburg (From the Mixed Up Files of Mrs Basil E Frankweiler), but have two more in the house waiting patiently for their turn.

I guess I need to read Lloyd Alexander and Philip Pullman! But fantasy isn't really my genre. Indeed I suspect it's my least favourite genre.

Les Misérables- From Page to Stage

On my recent trip to Melbourne, I didn't have a lot of time. I did manage to eat some things.

A new production of Les Misérables has just recently reopened in Melbourne. I've never seen the stageshow, and didn't get to see it on my recent trip south of the border. 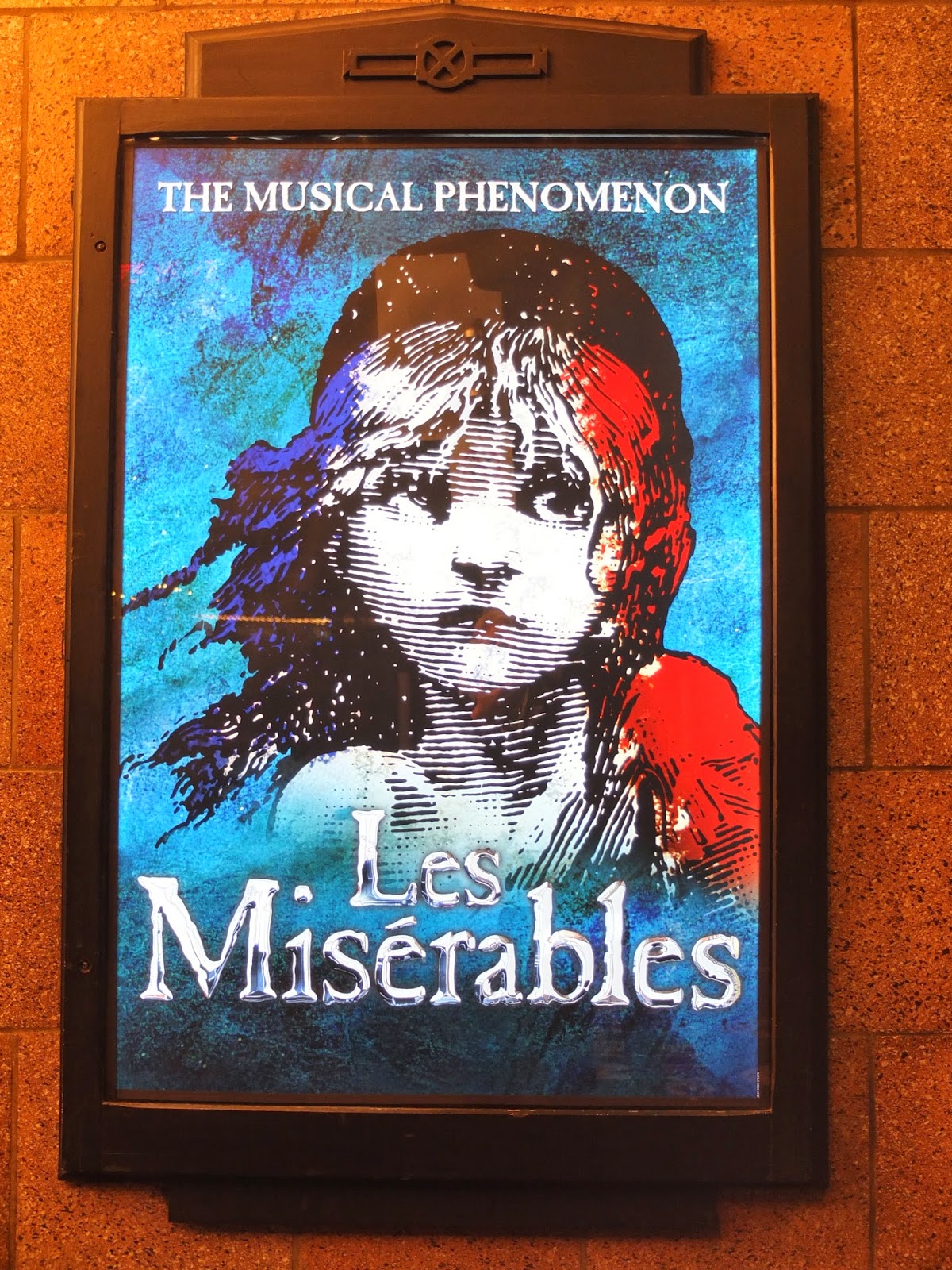 There is a companion exhibition called Les Misérables From Page to Stage being held at the State Library of Victoria. I snuck a couple of hours for myself one day and headed up to the library. All the ads say you can buy tickets at Ticketek. Well you can, but you can also just rock up late Saturday afternoon, buy a ticket then and there, ($15 for adults) and walk in. 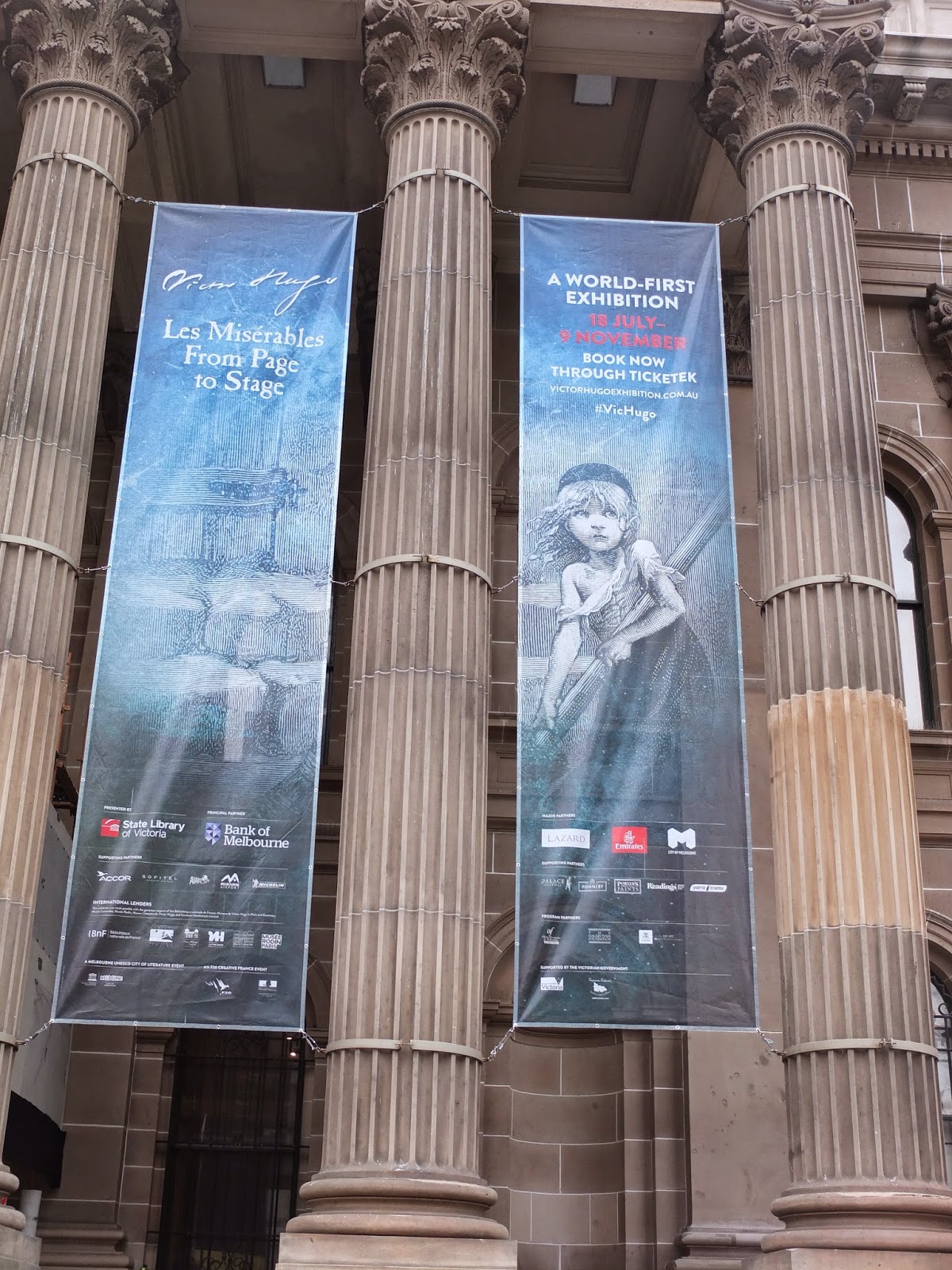 It's quite a large exhibition in two large sections- it aims to show the story of the novels impact on art, politics and music. I can't show you any of the first section as it was pas de photos in there. Which is such a shame- there was so much great stuff on loan from the collections of the Bibliotèque Nationale de France, Maisons de Victor Hugo in Paris and Guernsey, Musée Carnavalet, Musée Rodin and Maison Littéraire de Victor Hugo. The highlight of which is Volume I of the original manuscript handwritten by Victor Hugo. It's absolutely huge.


Victor Hugo wrote much of Les Misérables while he was in exile from France from 1851-70, and was finished while he was in the Channel Isles. He wrote on the right of the page and used the left for annotations.

This is the first time that this volume has left Europe- it even got to fly to Australia on its own business class seat- I've never done that... Les Misérables was a hit from the outset. The two volumes were first published in 1862 and all 6,000 copies sold out in one day! Everyone read it, rich and poor, and public readings were organised when copies sold out.


The universal appeal of Hugo's creation lies in its themes: the possibility that the condemned can rise above poverty and degradation to become good and honourable, and perhaps above all the fight for freedom of body and soul.

Victor Hugo was also an artist and we see some of his pen and ink drawings and paintings in the exhibition. The famous image of Cosette used for the stage show is by Émile-Antoine Bayard and comes from the second illustrated edition of Les Misérables, a picture version is included in the exhibition.


The second room is devoted to the stage adaptations and is interactive and much more hands on than you'd expect in an exhibition like this at a library.


If you can't make it to Melbourne there is an excellent exhibition website where you can see some featured objects from the exhibition.


My friend Janine at Resident Judge went to the exhibition too. You can relive my trip to Musee Victor Hugo in 2010.

Les Misérables From Page to Stage is open 18 July to 9 November 2014
10-6 daily, until 9pm on Thursdays
State Library of Victoria
328 Swanston Street
Melbourne
Posted by Louise at 18:41 6 comments: 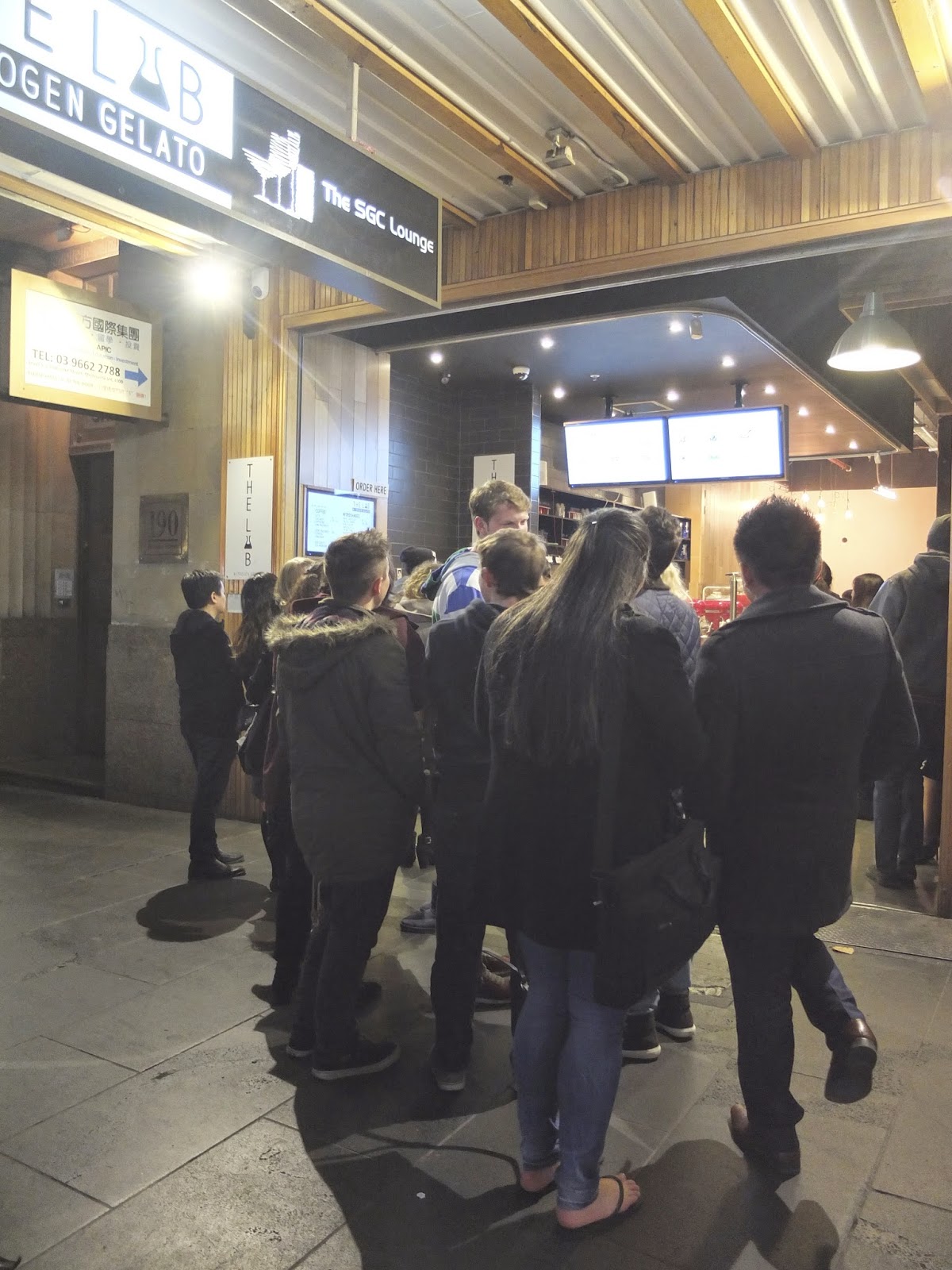