Judith Kerr: Hitler, The Tiger and Me or Whiling Away the Hours #3

It's a long way from Australia to Europe and there are many hours to fill on a plane. I always mean to read a book, but then find it difficult to concentrate. Last time I watched some interesting movies on the way there and on the way back. I'm still searching for the Populaire DVD and soundtrack- it has been infuriatingly unavailable for me. This time I couldn't find any movie to tempt me enough among the hundreds on offer, but trawling through the inflight menu I found a documentary on children's book author Judith Kerr- Hitler, the Tiger and Me. 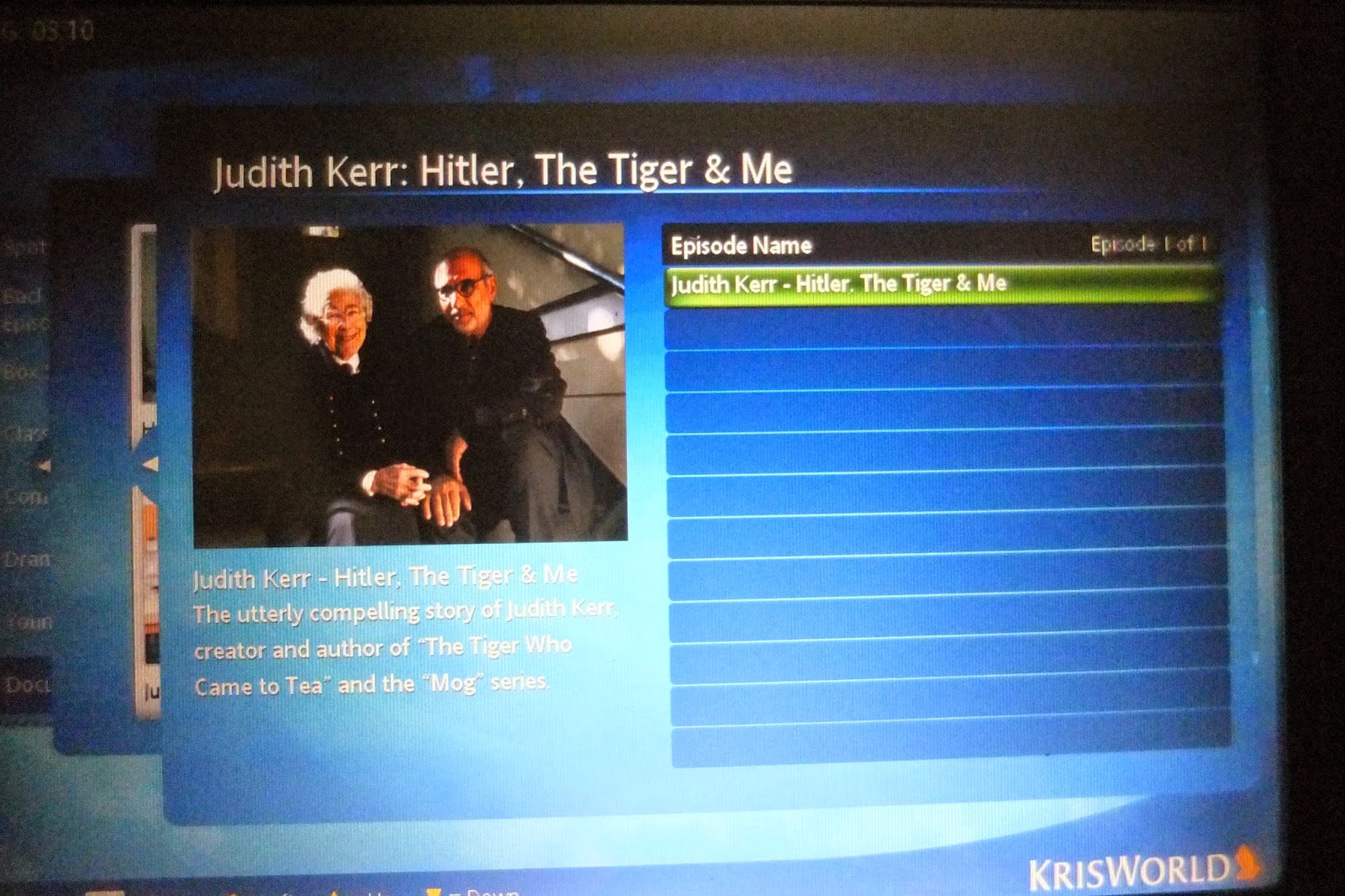 I ended up watching it three times before I saw it all the way through, with all the dozing off, and managed to finish it just a few minutes before we finally landed at CDG. It was a fascinating documentary though and is well worth searching out. Thanks youtube.

Judith Kerr is an extraordinary woman. 90 years old, she is spry, active and happy. She still works and walks every day. Judith was born in Berlin, her father Alfred Kerr was a leading Jewish intellectual, writer and theatre critic. He campaigned against the Nazis and was friends with Einstein. Rather unsurprisingly he was on the Nazi death list and the family fled to Zurich the day before Hitler took power in 1933. They were poor refugees in Paris for a time before arriving in the UK  in 1936.

Judith Kerr has an extraordinary memory. She remembers drawing some of her childhood drawings that her mother took with the family when they fled from Berlin. Young Judith worked as a textile designer, training for the children's illustrator she was to become. 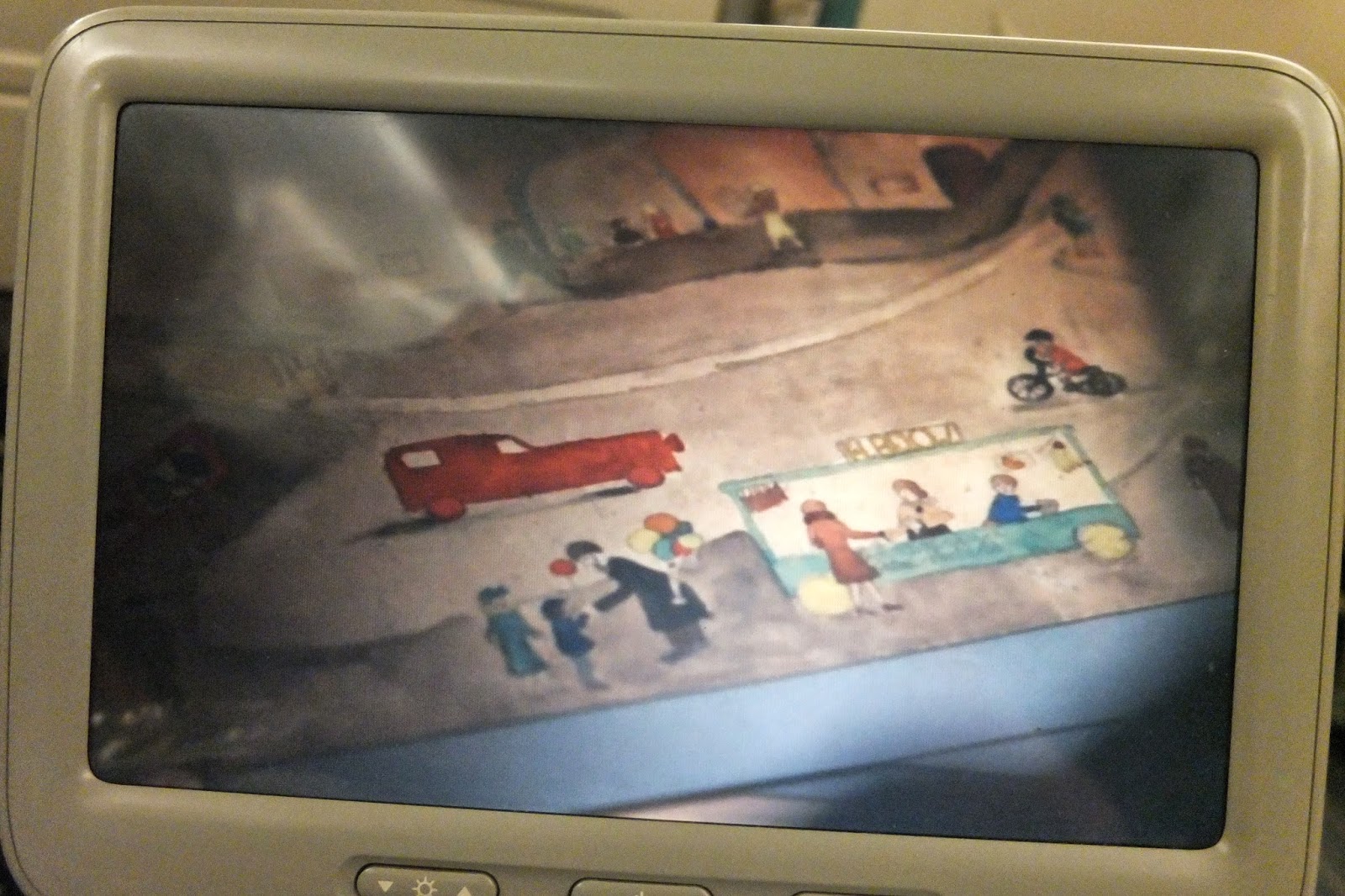 Judith Kerr is a beautiful, joyous woman. She wrote possibly her most famous book, When Hitler Stole Pink Rabbit, after seeing "that awful film" -The Sound of Music, which didn't reflect the reality Judith experienced during the war. 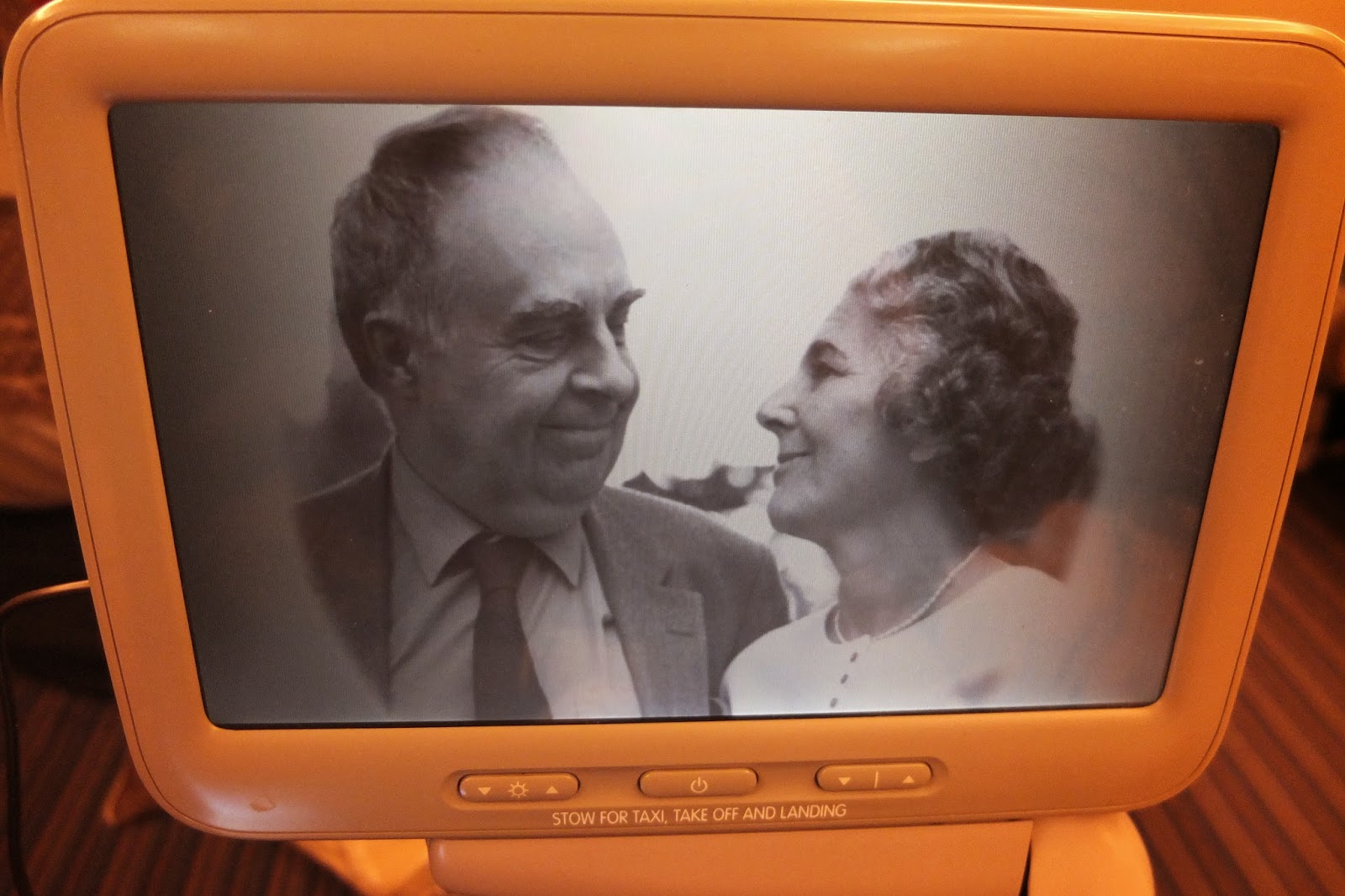 Widowed 7 years ago Judith is an example of a rather extraordinary old age. It was almost alarming to see her charge up the stairs to her work desk. Judith has used the same bench for 40 years, and all her work has been done there. All her work has been biographical. It was interesting to hear her discuss her artistic inspirations- jungles from Rousseau, and the flying couples of Marc Chagall seen in her book My Henry (now on the TBR).

"The danger she has been through lie under the surface of her fiction. Yet she creates a warm, safe world we can all respond to."


Despite Hitler, the Tiger and Me dealing with the Holocaust, bereavements, deprivations and other life troubles, it is ultimately uplifting to watch the inimitable Judith Kerr. We see her revisit her childhood home, her local train station Grunewald is now a memorial,  and it is very moving.

We owe it to them to make something of our lives. What they wouldn't have done for just a little of what we've had.


Judith took her positive attitude from her father who had a "great talent for happiness".


I feel the same as I did then because I wanted to draw things, and look at things because I thought the world was very beautiful. Which I do more than ever now, because one does when one is very old.


And yet another book for the TBR- Judith Kerr's Creatures- A Celebration of the Life and Work of Judith Kerr released last year. See some great photos at The Guardian here.
Posted by Louise at 01:43

Bother - I'm trying to NOT add more books to my list - then you go & hand this little gem to me on a platter :-/