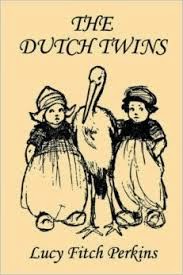 The Dutch Twins was the first title in what was to become a popular and enduring series of Twin Books by Lucy Fitch Perkins. She wrote more than 25 Twin books, it was a popular series and other writers continued it after her death. It's readily available online.


The Dutch Twins is certainly of it’s time (1911). Gentle stories of every day life in Holland for two young twins, Kit and Kat, not yet big enough to be called by their real names of Christopher and Katrina. The twins live with their parents on a traditional Dutch farm. They help their parents with chores- tending the vegetables, and helping feed the animals- the cow, the geese, chickens and ducks. The six stories are snatches of their ordinary life- a fishing trip, going to the market with their father and going to church on Sunday.
There is typical sibling rivalry, gentle ribbing, and quite a lot of comment on the difference between girls and boys. Kit is always expressing how much better boys are than girls. He is sometimes rebuked either directly in words, or other times by the events that follow. Sometimes it is reinforced.

“No,” said Vrouw Vedder. “Girls shouldn’t think much. It isn’t good for them. Leave thinking to the men. You can stay home and help me. "

Theirs is a simple rural lifestyle. They travel on a barge on the canals to town for market. They skate on these same canals when they have iced over in the winter. Their diet is rather modest and yet fascinating. It reminded me somewhat of the diet described in Heidi- although the twins did have a better variety of food available to then. For breakfast they often had bread and milk. Their father grows potatoes, cabbage, beetroot and carrots, and this forms a large part of the diet. The twins are allowed to drink weak coffee on Sundays and special days like Christmas. I was surprised to see that salt herring didn’t rate a mention until page 106.

I am a great fan of Dutch Breakfast, having experienced it in 2013 so I was intrigued enough by the mention of buttermilk porridge to try it out. I checked out an online recipe this week. It was ok. I used  coconut sugar which is not traditional I'm sure, but I had some in the house and figured it would give it a nice caramel colour- which it did. 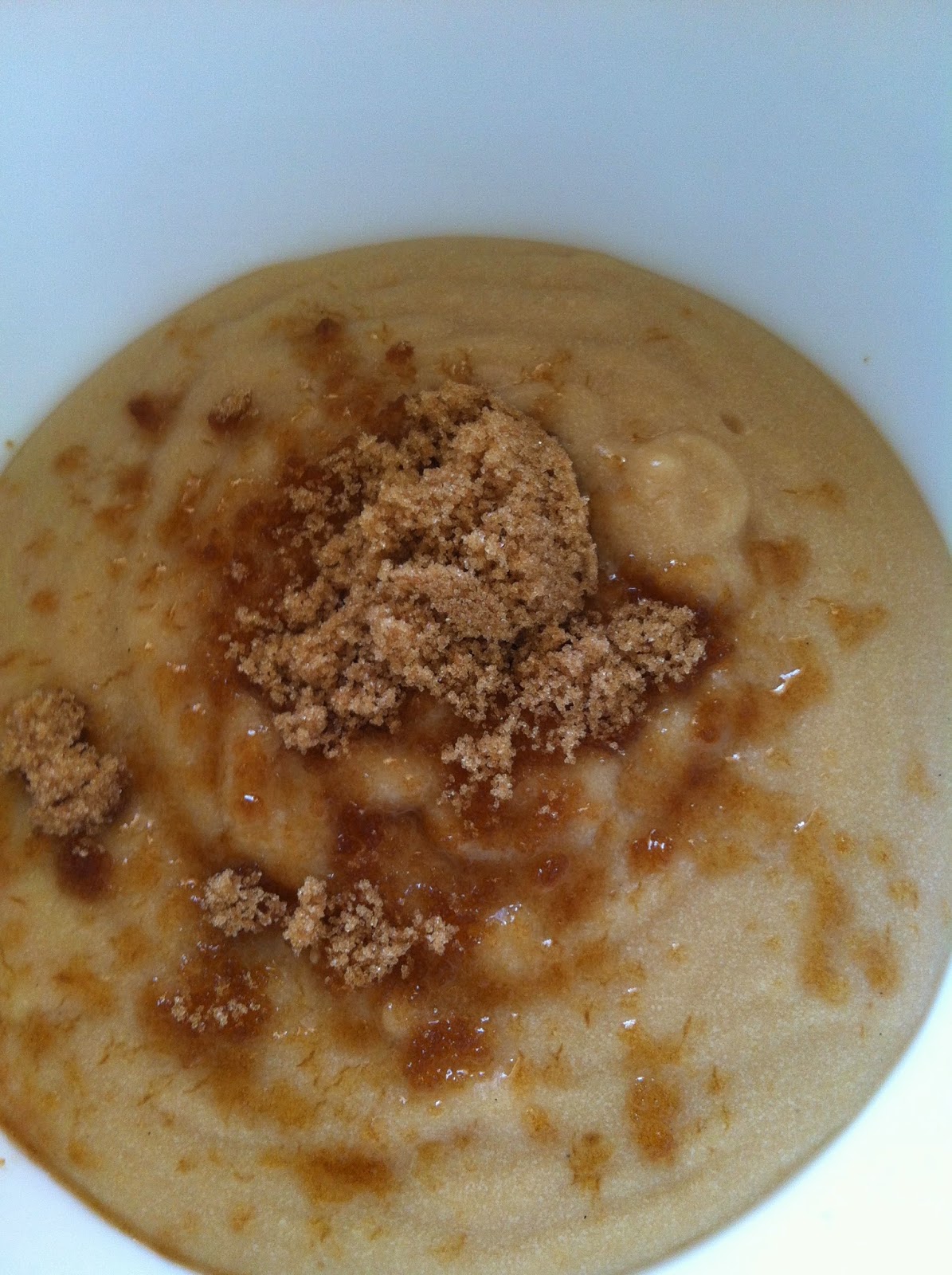 I suspect that I made it too thick also. My Dutch sources tell me that karnemelkpap is more drinking consistency when you buy it in the supermarket there.

On the whole it was a sweet story through most of it. Although I was surprised when in the final story Grandmother tells a story, much like a traditional fairy tale with child killings and even pickling of children.
The Cambridge Guide to Children’s Books in English says that she wrote the Twin books  to encourage “mutual respect for the best which other nations bring to this shore (America).” At times it is a little too earnest, such as the inclusion of the Dutch National Anthem. It was a very interesting historical detail to learn about dog drawn milk carts. I’d never heard of this before though it seems it was quite a widespread practice.

I do know that this style of book would have been a difficult sell to my son when he was younger. I wonder how modern children (and their parents) would take to it? I guess I almost see it as more of historical interest now.

I haven't heard of the Dutch Twins books. Sounds like something I'd love to read. Those dog-drawn milk carts are something new to me. And so funny that herring takes so long to be mentioned. I remember eating a lot of herring (made all kinds of ways) in Holland & Denmark (yum)

These are not books that are familiar to me but I found your post very interesting. That Dutch porridge looks good, although I am not a big fan of buttermilk. I guess the sugar would cut the tartness. Wonder about a little cinnamon?

I haven't heard about this but it sounds like a lovely read. I've found many children's classics are more geared towards adult reading now. The buttermilk pudding sounds interesting. I'm not a huge fan of buttermilk but I'll have to go look at the recipe!

The porridge sounds like a comfort type food. Could be yummy, but the books maybe on the order of Grimm's fairy tales?

That is so interesting, dog drawn milk carts. I never heard of such. I like buttermilk so any recipe with it would be for me.

I had never heard of this books. How long were you in Holland for?

I haven't heard of these books either. The buttermilk porridge intrigues me though.

Esme we had 4 or 5 days in Holland, staying with friends, so we didn't see all that much of the country, but we had such a great time. We got to see some of Amsterdam, Utrecht and de Bilt. So many reasons to go back.

I almost...but I'm not sure...almost think I may have read some of these when I was very young. It would have been a series I'd have latched onto.