25 Essential Books about Americans in Paris

1. A Moveable Feast by Ernest Hemingway

3. Notes of a Native Son by James Baldwin

4. An Extraordinary Theory of Objects by Stephanie LaCava 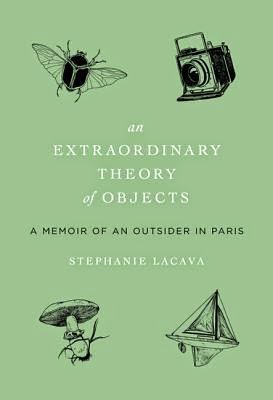 5. Breathless: An American Girl in Paris by Nancy K. Miller

6. Dreaming in French by Alice Kaplan

7. Paris in Love by Eloisa James (see my review)

9. Paris I Love You But You're Bringing Me Down by Rosecrans Baldwin

10. Paris to the Moon by Adam Gopnik

11. The Sweet Life in Paris by David Lebovitz (see my review)

12. Paris was Yesterday by Janet Flanner

13. Shakespeare and Company by Sylvia Beach

14. Time was Soft There: A Paris Sojourn at Shakespeare & Co by Jeremy Mercer

15. The Greater Journey: Americans in Paris by David McCullough

16. Between Meals: An Appetite for Paris by A.J. Liebling

17. My Life in France by Julia Child

18. American Cocktail: A 'Colored Girl' in the World by Anita Reynolds

20. Inside a Pearl: My Years in Paris by Edmund White 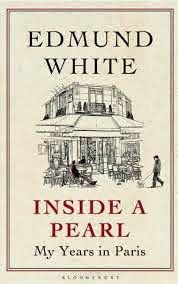 21. The Most Beautiful Walk in the World by John Baxter (see my review) he's not even American! John Baxter is Australian.

24. Living Well is the Best Revenge by Calvin Tomkins

25. The Autobiography of Alice B. Toklas by Gertrude Stein

Hmmm. 3/25. Not a particularly sterling effort. It must be said that I hadn't heard of many of these books. Which can be dangerous- I just bought three of them online….

I recommend Julia Child's My Life in France, and for a more historical look, the Janet Flanner book - although I found myself rather out of my historical depth with that one, but thank goodness for google!

Louise, Thanks for finding this great list. I've put a couple down on my to-be-read list. But I'm kind of disappointed by a few of the books on there because I read them and didn't care for them. Paris to the Moon -- eh. Paris I Love You But You're Bringing Me Down -- definitely a downer about Paris. Those inclusions make me suspicious of the whole list.
Thanks for playing along today. Here’s my Dreaming of France meme

I've read four of them and the McCullough is at the top of my stack after I finish book club's latest read! My Life in France is delightful and I also loved the Gopnik (Paris to the Moon). Thanks for sharing links to your reviews.

And thanks also for popping by The Marmelade Gypsy and your comments. I'm very glad I did the macarons at the time I did -- Michigan can get very humid and I suspect that wouldn't work so well!

I would add a fantastic one: Confessions of a Paris Party Girl: an American girl who decided to go live and work in Paris. she ended up marrying a French man. great memoir, so funny: here is the link to a tour I organized for her, you can see the synopsis and you have the links to some great reviews: http://francebooktours.com/2014/02/10/vicki-lesage-on-tour-confessions-of-a-paris-party-girl/
be sure to check her blog, with great posts on life in France. she's preparing her 2nd book!

I've only read one and a half so you are doing better than I did!