It's not all that often I go Big Game Hunting. But recently I took part in the opportunity to track down some rhinos in the Central West.

There was only one in Orange. 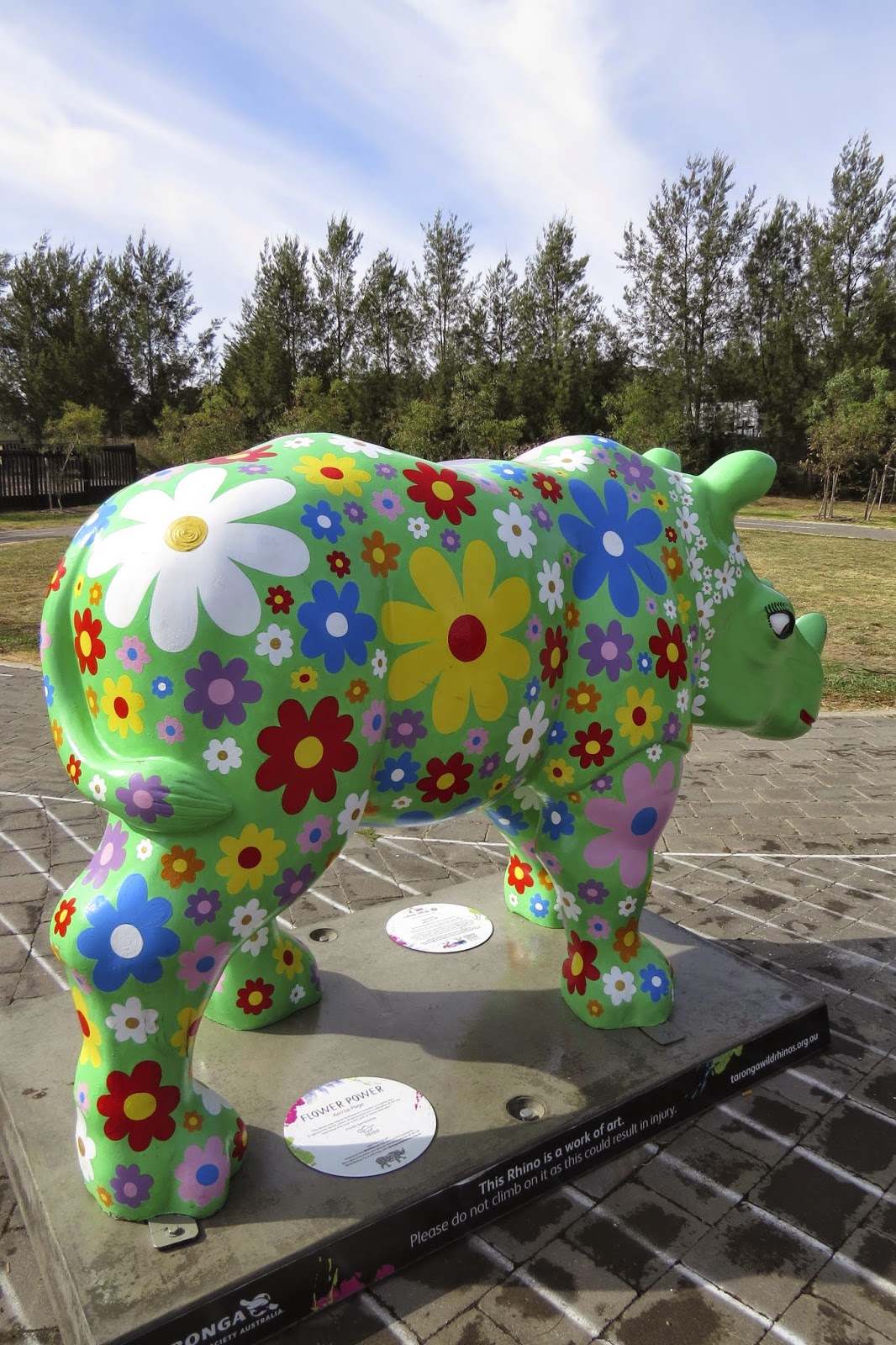 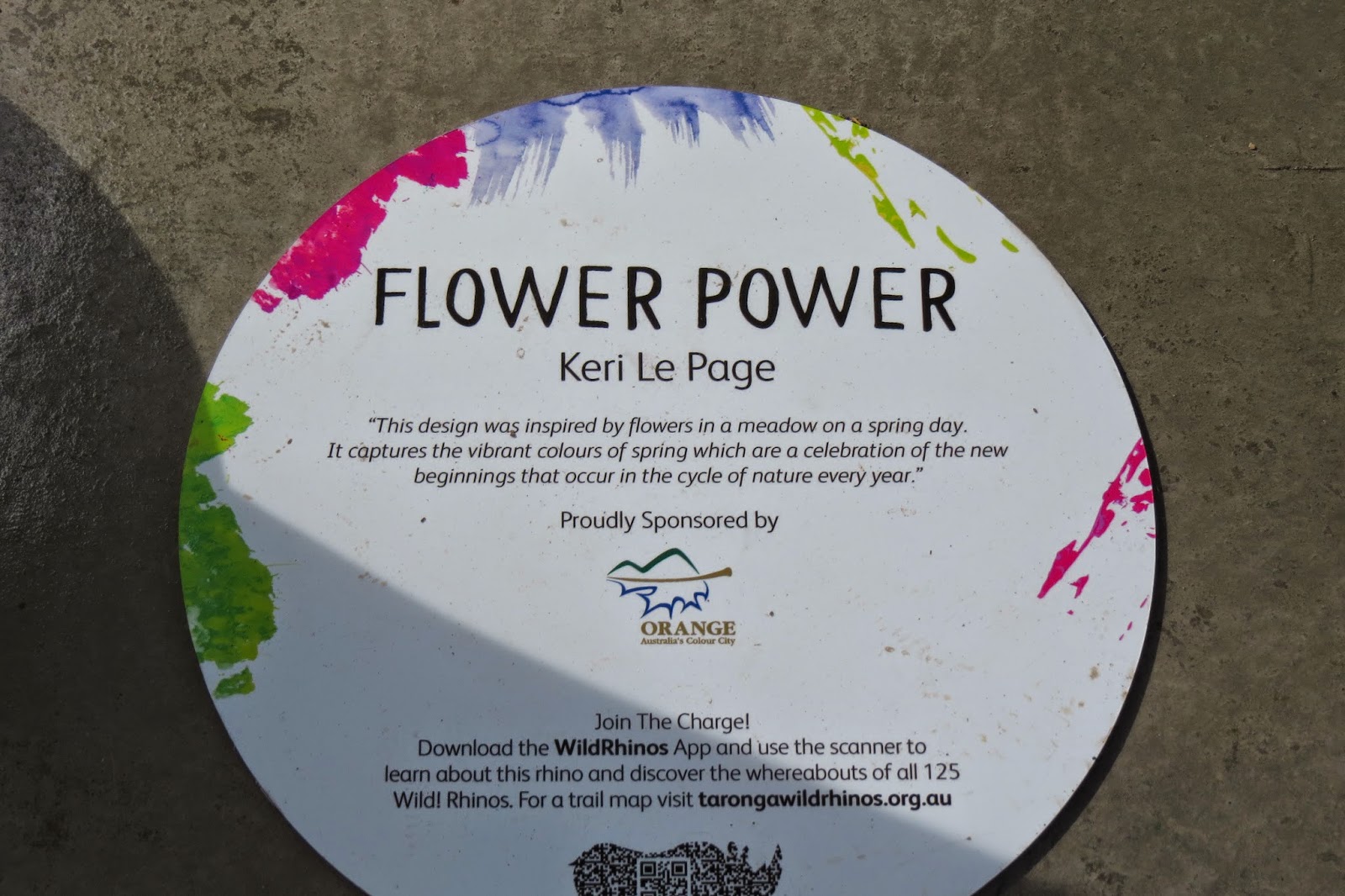 There were two in Bathurst. Both indoors. 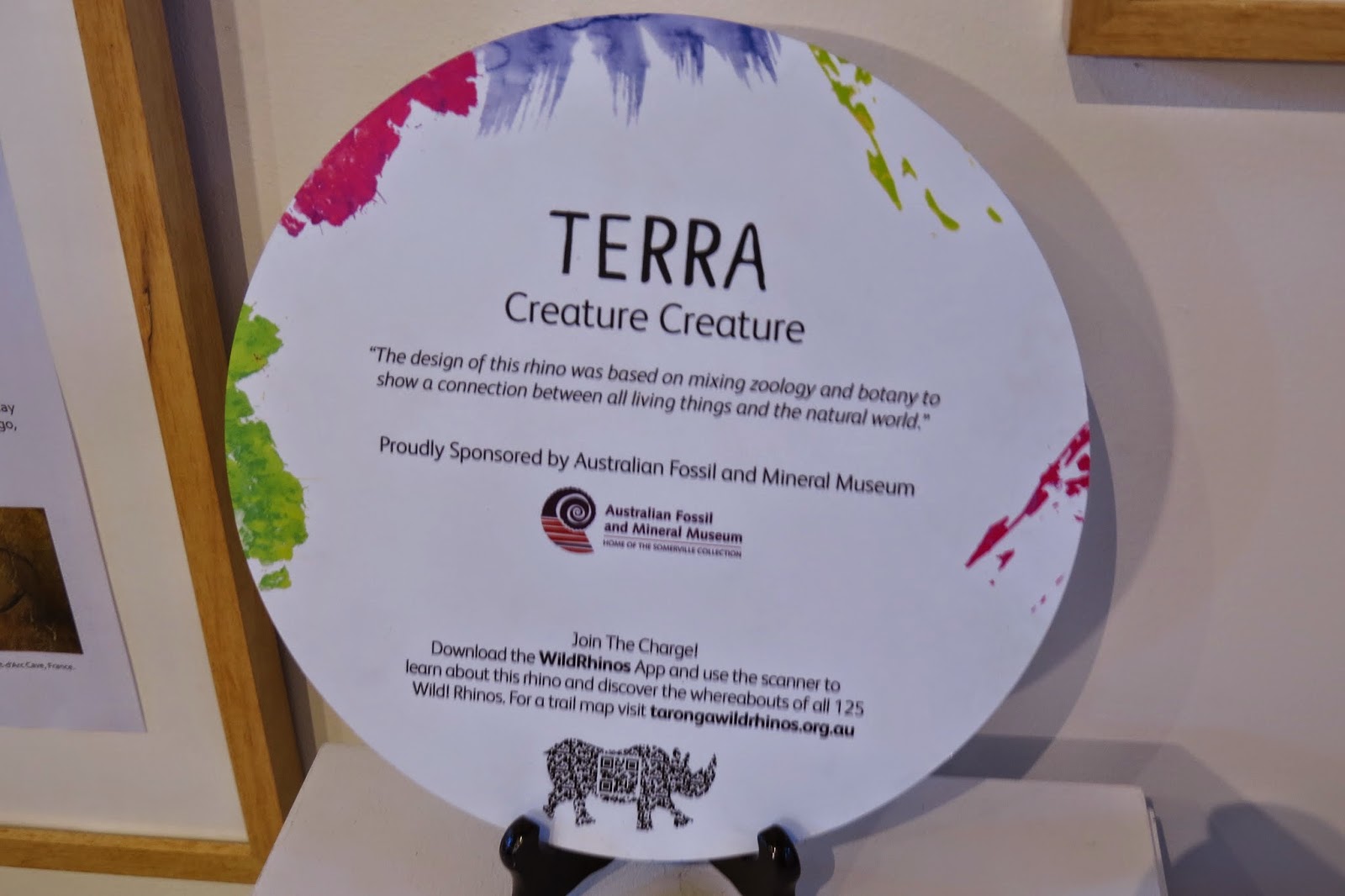 I was hoping to find more, but only got to those three in the end. It was all part of the Taronga Wild! Rhinos project, using 125 individual rhinos around Sydney and country NSW to raise awareness and funds for Taronga's Black Rhino breeding program. 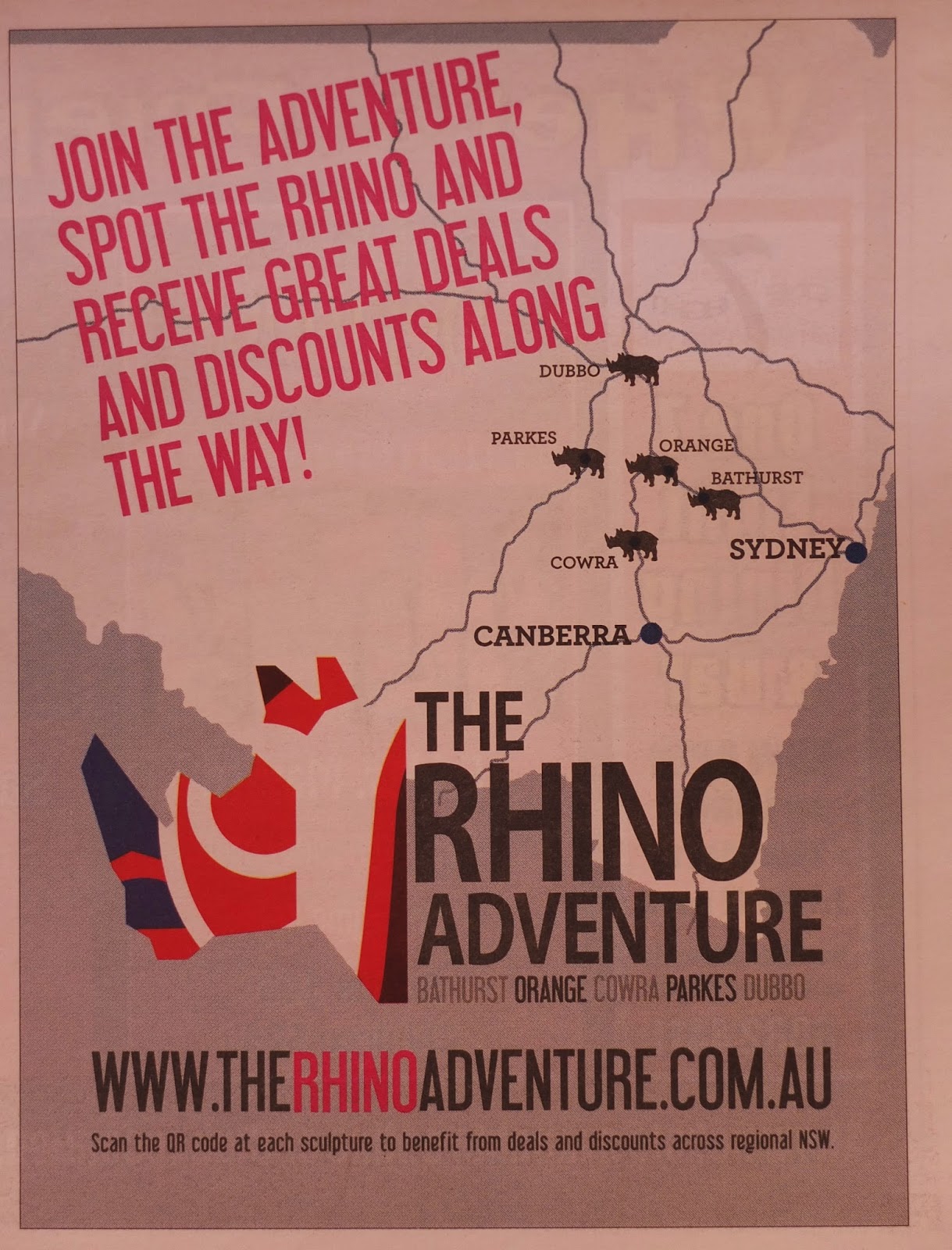 I liked that the rhinos were thematically placed, and suited to their surroundings. 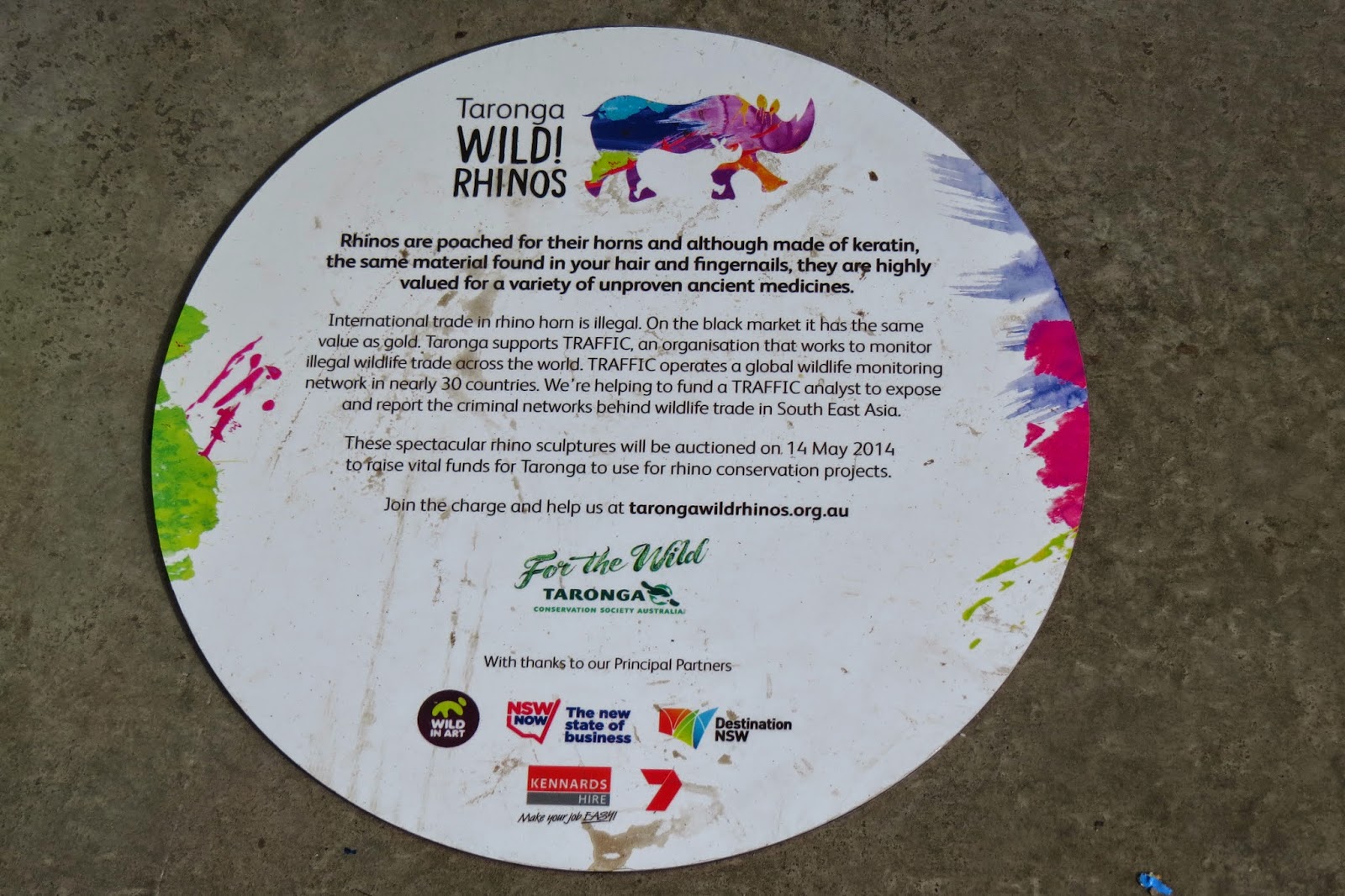 Back in February Brona showed us some of the Sydney Rhinos that were part of this project. Including my favourite that I saw (sadly not in real life) Put A Lid On It.

That is fun! In Central Minnesota we have bulls... *sigh* Rhinos are cooler :) I should take pics of ours some day.

Great rhinos! Here in California we have Babe the Blue Ox...LOL

Great pics! A few years ago, we had the cows in Portland. Great fun!

What fun! I love the creative designs on all the rhinos and would love to see more. That's such a great idea for drawing attention to the rhino breeding program.
You'll find my Saturday Snapshots HERE.

Wonderful public art! So interesting to see what animals represent a region. Here in Calgary, Alberta, Canada, we had whimsical cows a couple of years ago.

What a clever fundraiser. My brother-in-law lives in a town that does something similar with bears. One has to drive all over town to find all the decorated bears and at the end of the summer they auction them off.

That is very cool - and something we don't do enough of here in Chicago. The last big public art event was Cows on Parade, and that was 15 years ago!

The rhinos are great, and I bet you had fun tracking them down.

I'm glad you found a few of the Central West ones before they were packed up.
I found the ones in Bathurst too, but didn't get around to posting them (life has been crazy the past few months!)
I like how you captured the Orange one in your frame :-)

What a great way to raise funds and public awareness for this species of rhino !