Christmas in Australia means many things. It's warm and sunny for a start. Well except for this year, which was wet and coolish on the East Coast. Still, great weather for bubbles. No white christmases for us.

Christmas wouldn't be Christmas without Christmas beetles though. They're a familiar sight, attracted by the lights on the verandahs of our nation. There's lots around this year. Although it seems that they may be on the decline. That would be very sad.

In a wonderful moment of serendipity Peter Goldsworthy talked of Christmas Beetles in his memoir His Stupid Boyhood (review to come tomorrow) that I read recently. And naturally he writes about them more beautifully than I ever could.

Luckily, Christmas came early in the Year of the Beetle, bringing swarms of green and gold iridescent scarabs that crowded the windows and streetlights after the first summer thunderstorms. Dozens went into the oubliette of my killing jar, whence they were taken to be pinned out on plywood mounting boards, each in the gilt sarcophagus of itself.

Everything is more cool if you google it. Even Christmas Beetles. There are 36 species of Christmas Beetles! And I thought there was only one. Now I have no idea which species we have here. Maybe Anoplognathus pallidicollis?


Over the last few years I've been noticing where they really come from. And what they really do.

Take a walk in pretty much any park. 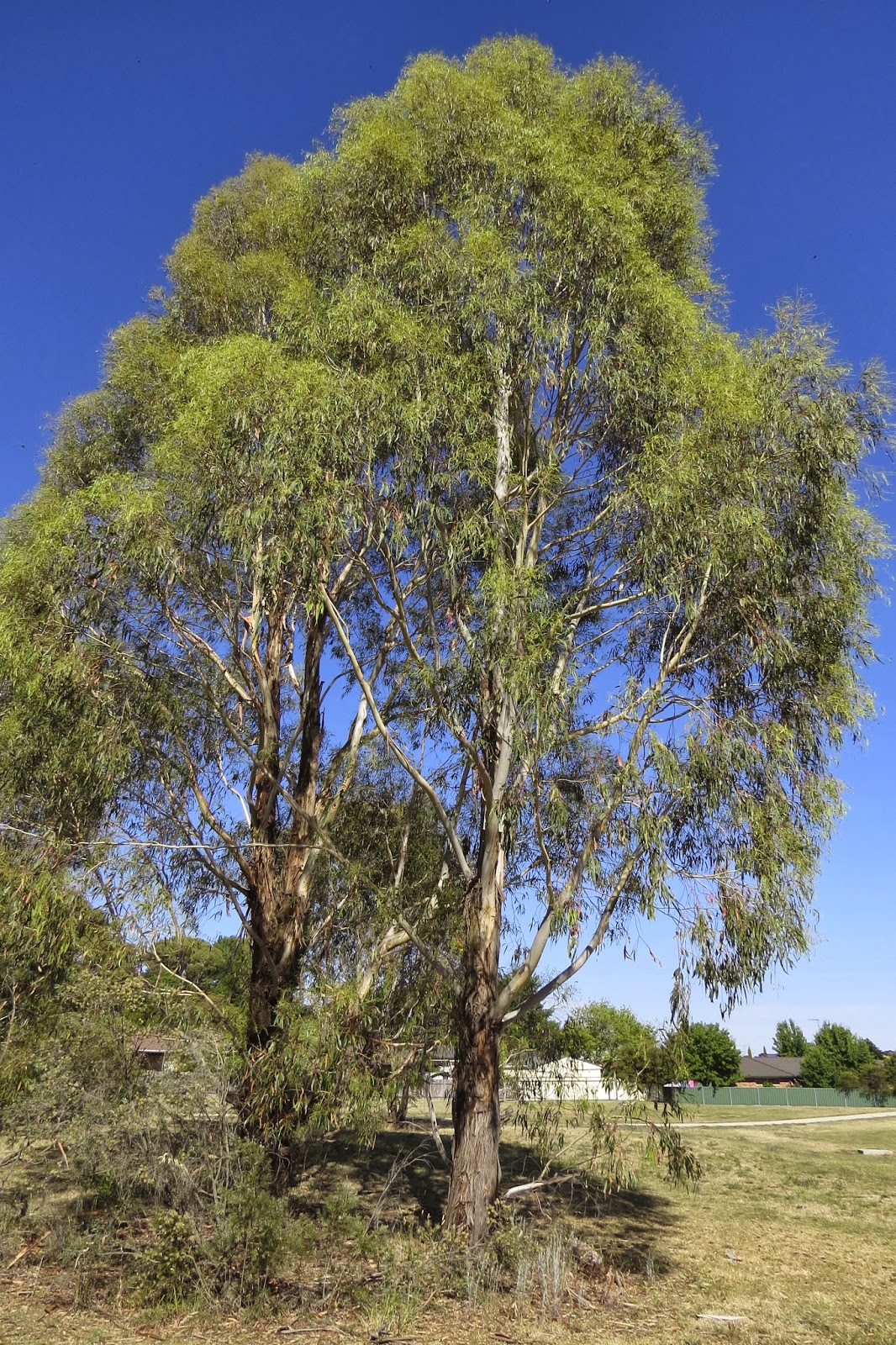 But be sure to keep an eye out for some other native friends at the same time. Birds are still more exciting than beetles, despite my deep and abiding passion for Christmas Beetles.

I've yet to see any birds feeding on Christmas Beetles, but something must eat them. Ah, it seems at least Crimson Rosellas do!

Saturday Snapshot is a wonderful weekly meme now hosted by WestMetroMommy
Posted by Louise at 10:20

I love the Chrissy beetles too Louise, although the ones in Sydney look a little different to the ones I'm used too. For the first time since I moved to Sydney we're getting them in the house every night.
The cicadas also seem to be in fine form this summer - I think this means there was a good mating season about 7 years ago ?!?
Merry Christmas and happy new year to you and your family (my Orange family ended up with a nasty gastric bug for Chrissy, so I hope you avoided that one!)

It's so interesting to see Christmas in summer! But, oh, those beetles would freak me out!

Love your photos, Louise! I've never seen a scarab beetle in person, how cool. Have a great day!

Great photos and I love this post. We don't have Christmas beetles ... too cold and snowy!

Louise, The beetles do look pretty up close. I'm still not a bug fan. We have these awful "stink bugs" which I think came from China originally. They are not pretty up close and in the fall they are all trying to come in the house. Here's Mine

Your photos do give another perspective on the beetles. I tend to cringe when I think of them...lol.

The beetles are kinda pretty, but I'll leave the handling of them to you brave Aussies! :) Loved the Blue Faced Honeyeater!

Those are pretty! We get a scarab beetle in June that we call June Bugs. Not as pretty as your Christmas beetles, though!

Pretty beetles, but they sure do damage to the willow trees! We have these Japanese beetles in the summertime that gobble at our rose bushes and pear trees ... nothing seems to feed on them, so we trap them. They, to, are pretty, but destructive.