The Cat, Or, How I Lost Eternity 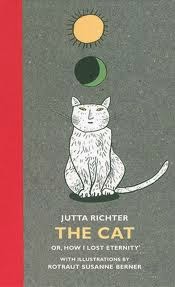 I've been intrigued by this book ever since I saw a picture of the cover in 1001 Children's Books You Must Read Before You Grow Up back in 2009. And now five years later the mystery has been revealed- or possibly grown.

The Cat, or, How I Lost Eternity is a 2006 book by German publishing sensation Jutta Richter. Jutta is the author of over 20 books, only a handful of which have been translated into English. She has won numerous awards, and indeed The Cat was an honour book in the 2008 Mildred L Batchelder Award (no, I'd never heard of it either) which celebrates the most outstanding children's books translated into English and published in the US. Books in translation have certainly been occupying my thoughts recently, and I'm sure the award list would provide many fabulous reads. The Cat, translated by Anna Brailovsky, is published in English by Milkweed Editions, an independent literary not for profit publisher based in Minneappolis.

Milkweed publishes with the intention of making a humane impact on society, in the belief that good writing can transform the human heart and spirit. Within this mission, Milkweed publishes in four areas: fiction, nonfiction, poetry, and children's literature for middle-grader readers.


A very odd story, The Cat is an old white cat who delays 8 year old Christine on her way to school each day. They discuss big things- eternity, wilfulness, loneliness, how it's necessary to eat mice to do maths, and original sin. Not really typical stuff for 8 year old discussions, or any discussions I've had with my cats I must say.

I must admit to not really understanding this book. So I read it a second time (it's a very quick read, under an hour), and found it even more odd, and even more confusing the second time round.

Joyce Carol Oates gave the blurb on the back cover.

Untimely in the way of a Grimm fairy tale recast by Franz Kafka, The Cat is quite unlike any other work of fabulist fiction that I have read. Clearly, Jutta Richter is a distinctive writer.


Clearly JCO is a distinctive writer too, because I don't think I'm smart enough to understand this either. Clearly I don't understand what fabulist fiction is. Googling about you find statements like


Fabulist, is generally taken to mean magic realism without geographical boundaries, in other words, not necessarily Latin American.


That's ok, I don't really like, or understand, magic realism either.

Jutta Richter has studied Catholic theology which perhaps helps explain the deliberations about original sin, not a common theme in children's literature (these kids books though, they really do deal with everything!)

I greatly enjoyed the illustrations, the work of German illustrator Rotraut Susanne Berner, one of the most successful illustrators in Germany today. She has been nominated for the Hans Christian Andersen Award three times. 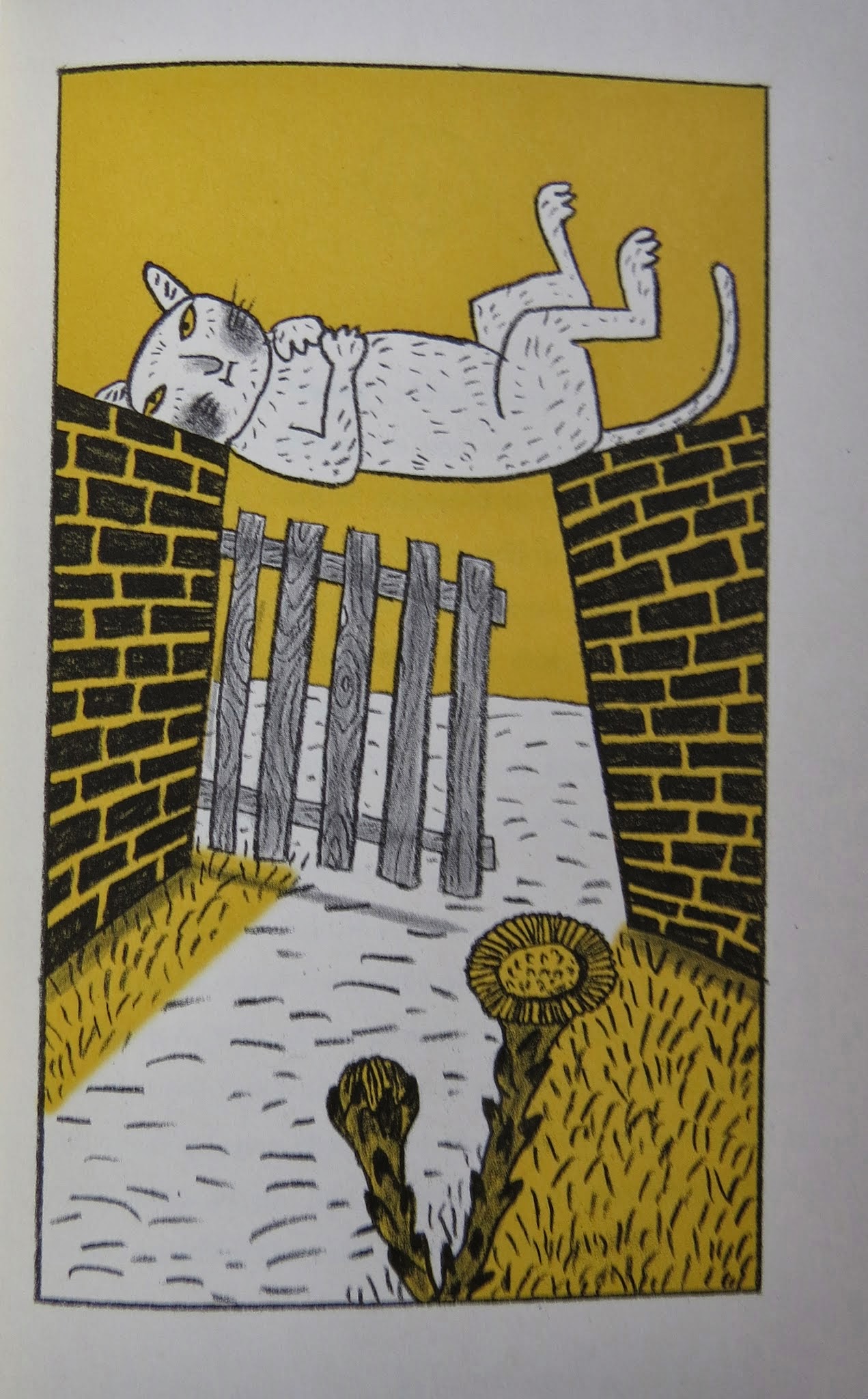