Last Saturday, 25/4/15 was the 100th anniversary of the ANZAC landings at Gallipoli. I've been reading about it, and thinking about it quite a bit. So I was very keen to go along to the Memorate.com exhibition which opened recently at Orange Regional Gallery. It is a very moving Anzac art installation exploring the impact of World War I on the Central West.

It is the lives of the men from Orange and district, the volunteer soldiers who died on active service during the First World War, whom we are here to remember. Their remains are geographically scattered across war cemeteries in the many overseas theatres where they fought and died. 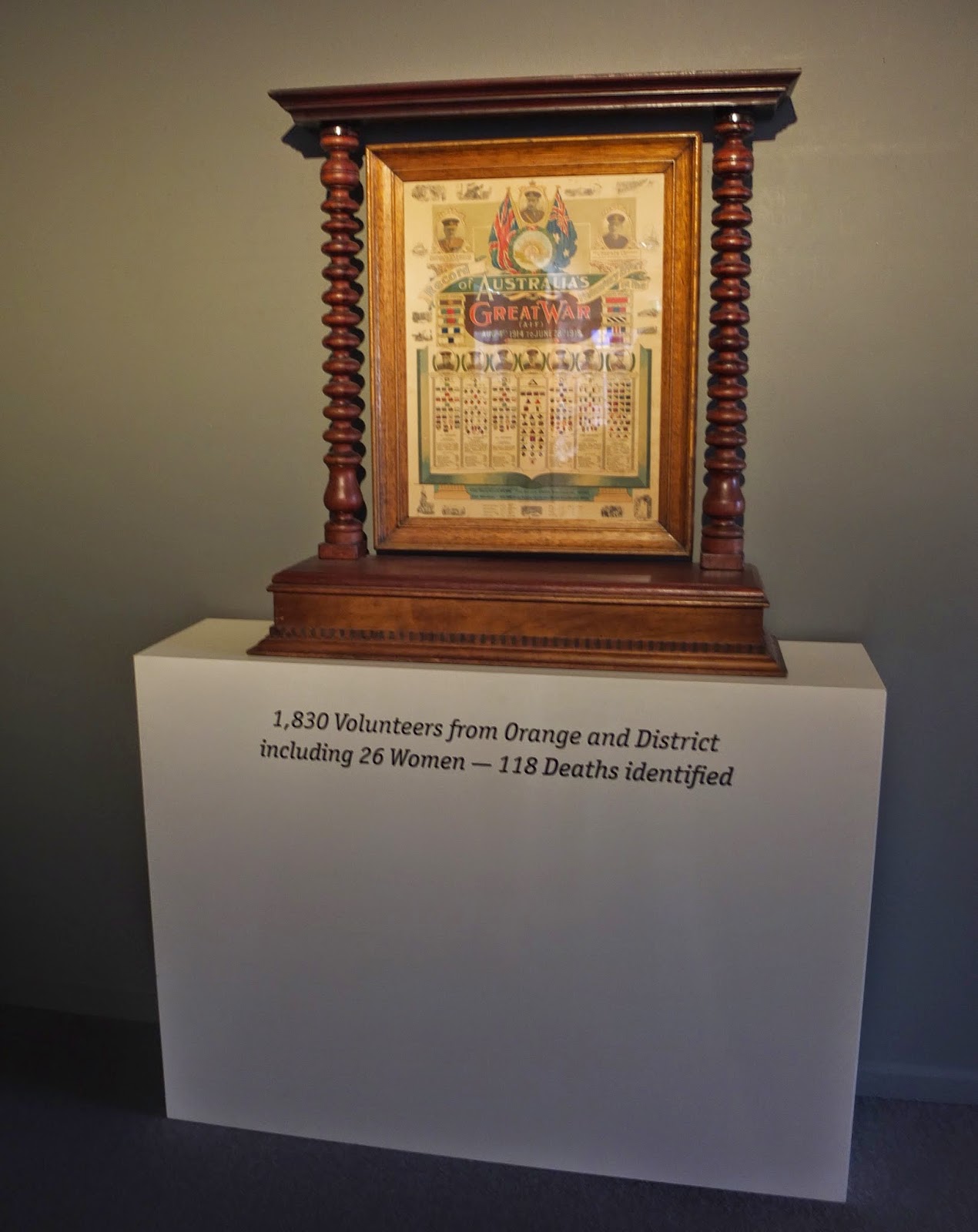 The room is dominated by a large 9 metre 4 panelled painting, Via Dolorosa- Dulce est Decorum Est Pro Patria Mori (The Path of Sorrow- It is Sweet and Fitting to Die for the Fatherland).

The paining represents the industrial scale and magnitude of the production of gravestones to mark and honour the dead in the First World War.

I was really quite taken with this painting of Ernest Powter- the youngest person from the Orange district to volunteer in WWI.

It was shocking to see a baby faced boy in a soldiers uniform. And the markings down the side of the of the painting are the typical markings every parent makes on a door jamb to chart their child's growth. These boys were still growing. And that growth stopped in a muddy field in France. 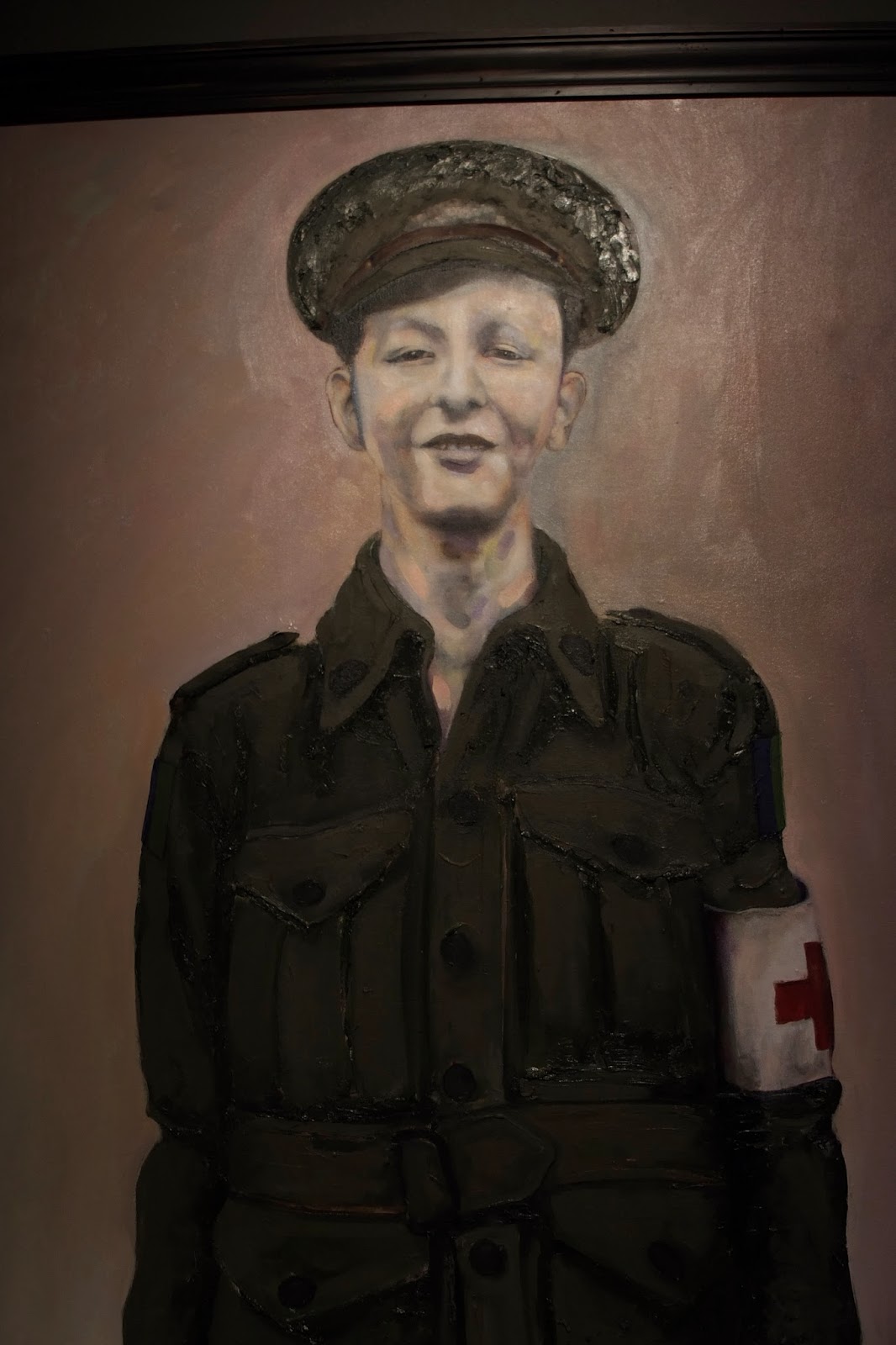 I wondered about the name before I went, and it took me a while to recognise the commemorate memorate.com connection. Do check out the memorate.com website it shows interesting detail and information about the exhibition. Or get along to see it if you can.

what an interesting place
I would have been very moved to see the painting of the young soldier in person many under age boys signed up :( some with their fathers encouragement and support :( Let us never forget

Louise, thanks for this informative and very meaningful post. I admit I've just heard of the battle of Gallipoli only recently on the news... Canada was involved too. The white feathers I only know from watching that Downton Abbey episode. Once I've been to a WW II cemetery and found most of the soldiers were in their teens (18, 19) So sad. That pic of the boy is so poignant.

My family and I love visiting museums. This sounds like a very emotional one. Thanks for sharing your trip with us.

thank you for sharing this-it is quite interesting.

PS I have more photos of the blossoms in Paris up in another post.