My Paris Day in Melbourne

First off, to breakfast at Le Petit Gateau for breakfast. Not my traditional breakfast fare, it's true. Fabulous though.

Then off to the Sofitel, for a quick sojourn. Happily they had an Iconic Paris photographic exhibition to celebrate the 50th anniversary of the Sofitel brand. 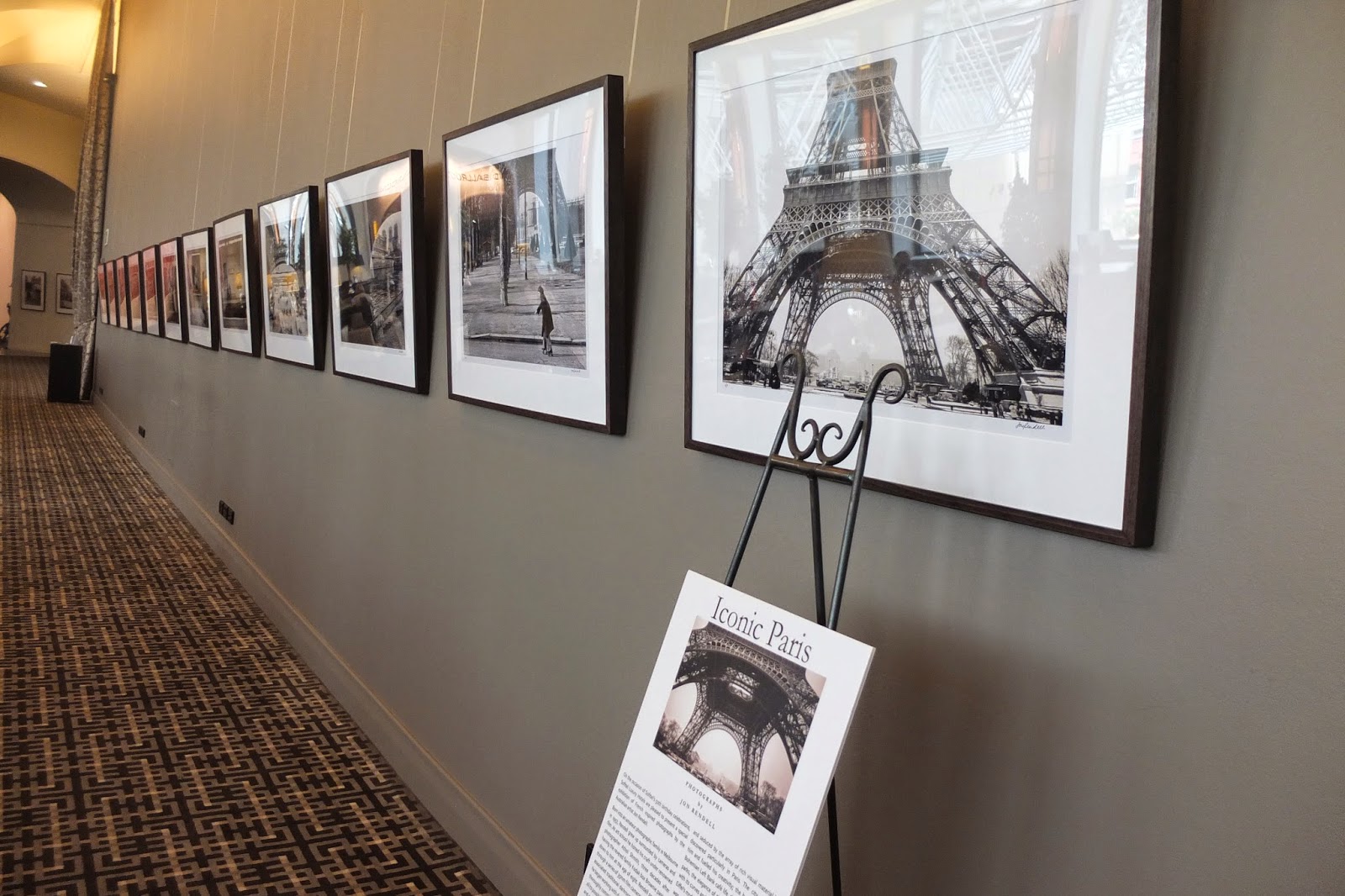 Later I popped into the amazing Om Nom for a quick lunch.

Then off for a quick hike to the National Gallery of Victoria to see the Jean Paul Gaultier exhibition. It's totally amazing. Do check it out. Or check out my gushing post if you can't. 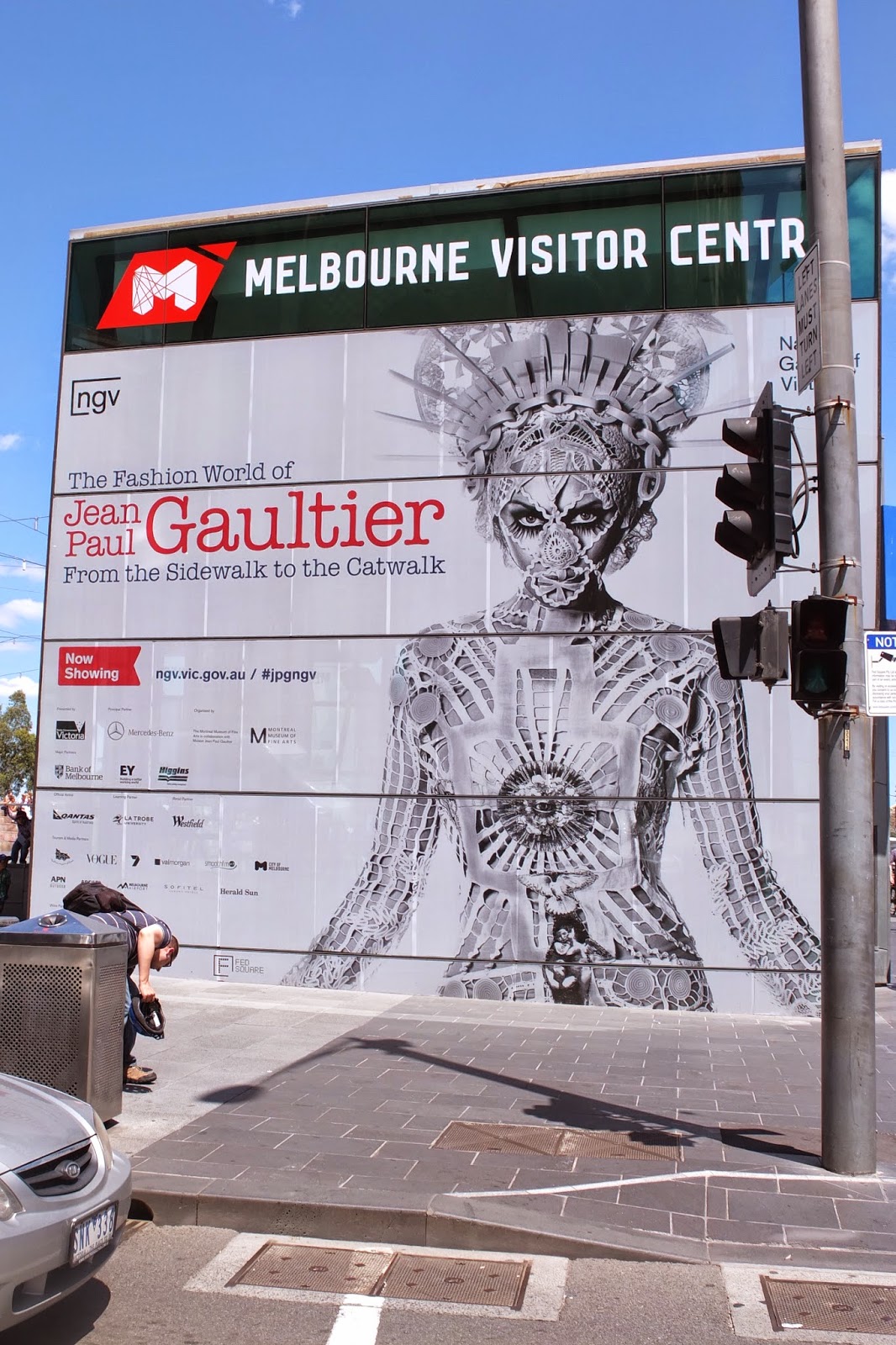 There were rather strong hints of Paris there too of course. I think it was here that I recognised my Paris themed day. 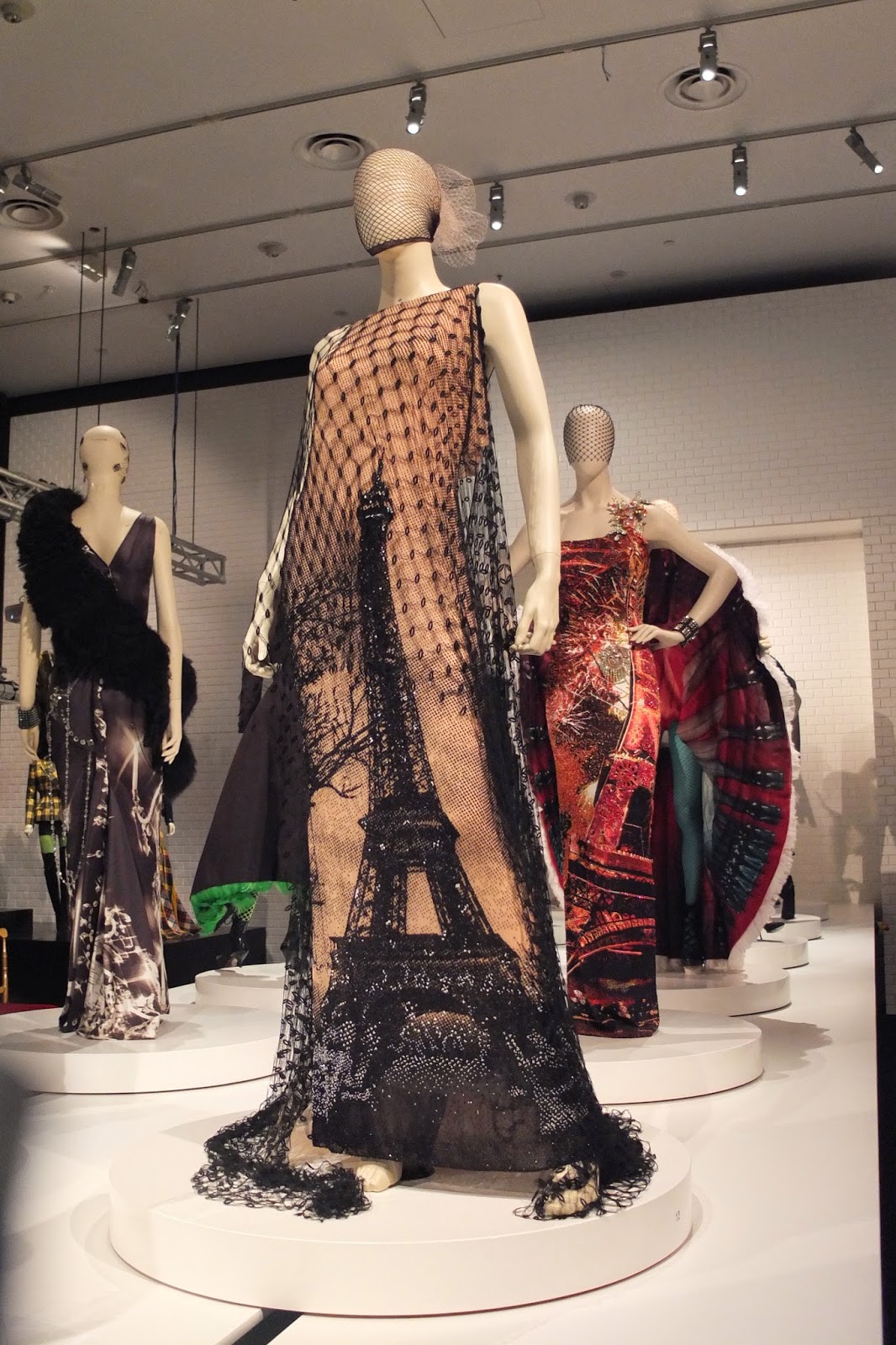 I'd barely had anything to eat for hours by this stage. Luckily I had a pre-theater booking at Bistro Guillaume. Where I adopted my Parisian strategy of eating salmon tartare so that I could yet again fit in more pudding.

Then I had to hightail it back across town. It's always easy to pretend on the Paris end of Collins Street. 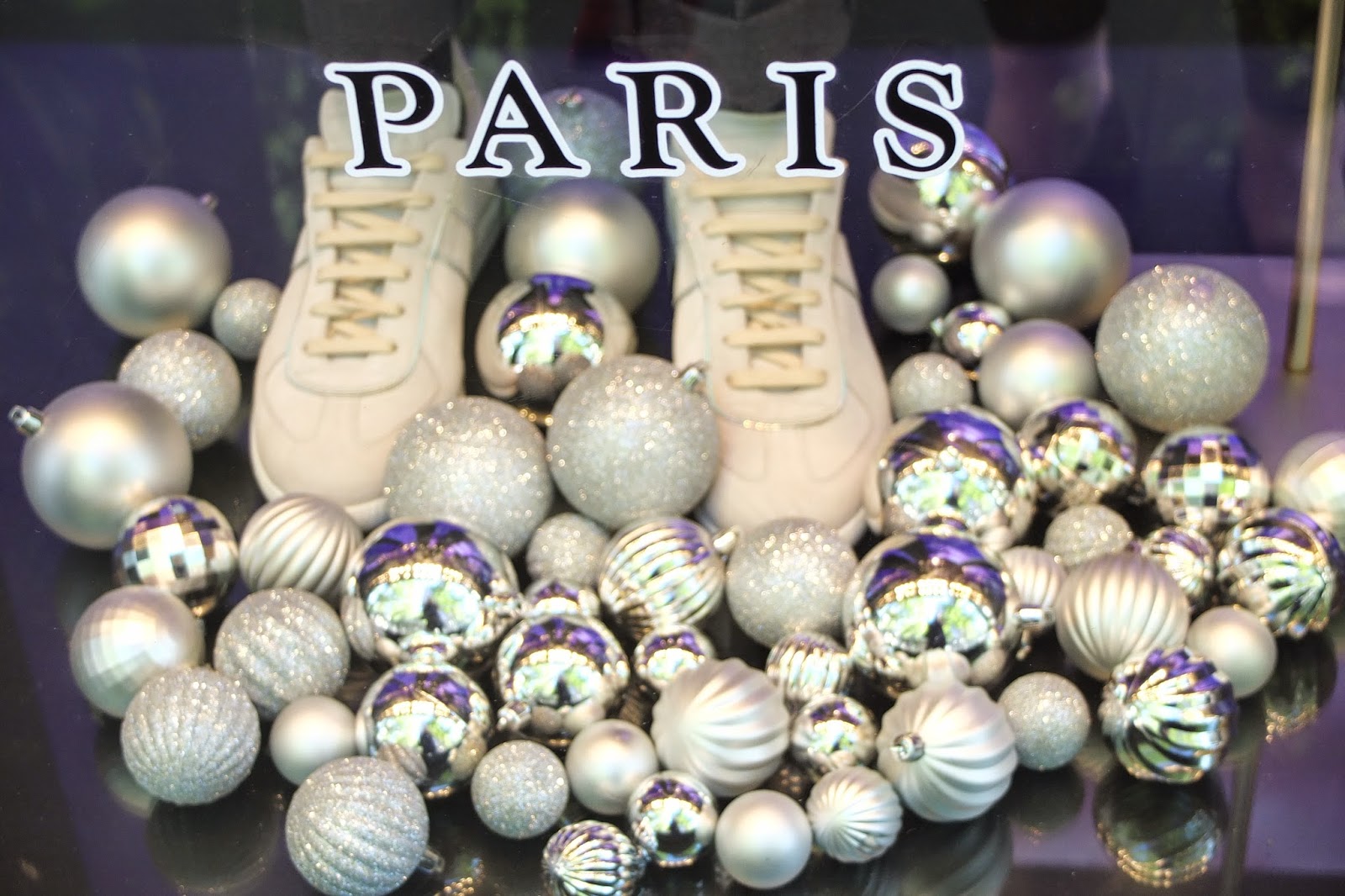 I was heading for Her Majesty's Theatre to see Les Mis. I'd seen the production the night before. It was spine tingling, and I was moved to become a snivelling wreck. It was so good in fact that I went again the very next night. 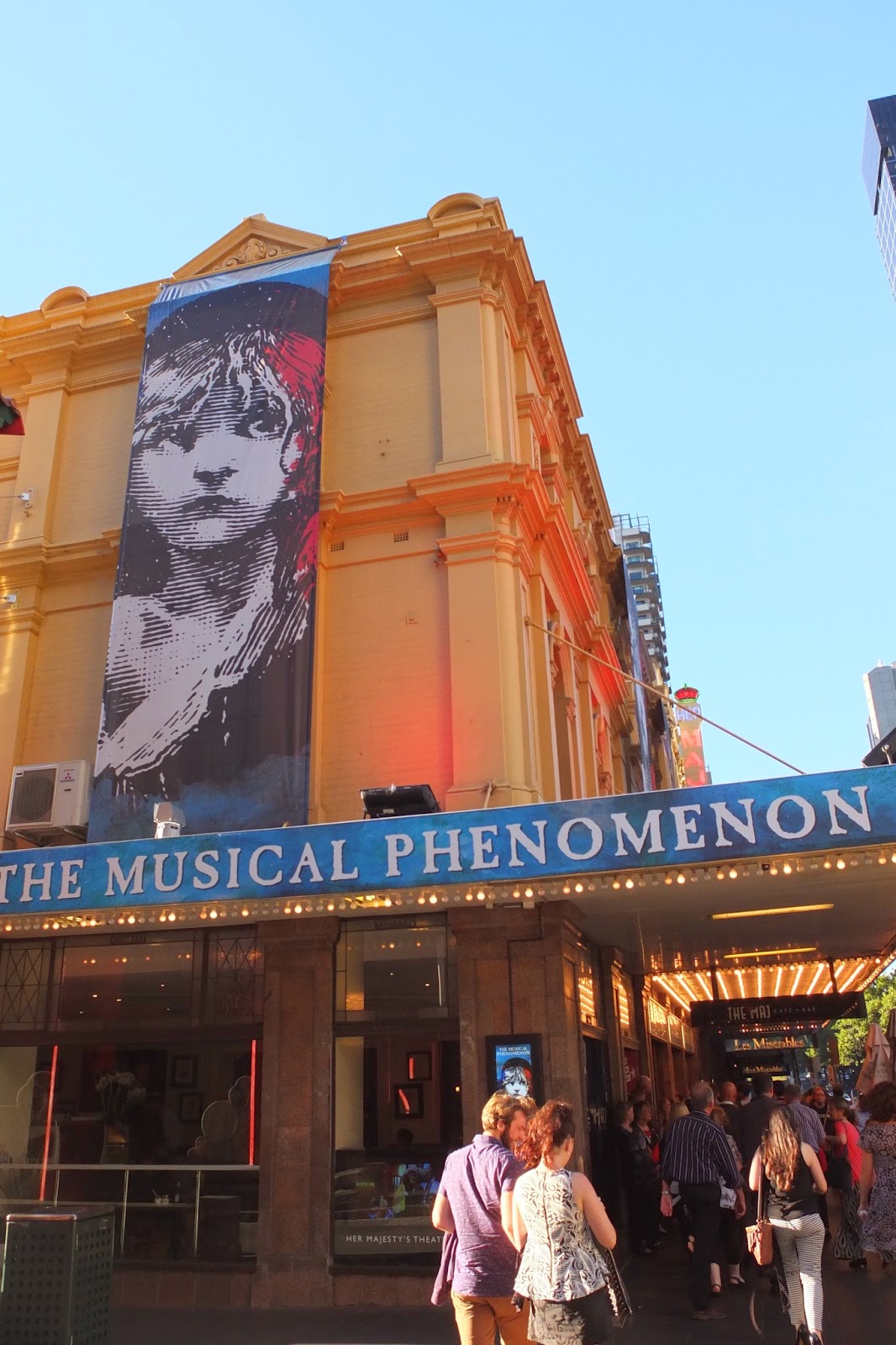 After the show it was back to Om Nom. I know, I know, I didn't intend to, really I didn't. But their Mont Blanc is devastatingly good. I had almost burst into tears to find it wasn't available at lunch. It was my last day in Melbourne for who knows how long. My waiter promised me it would be available in the evening after my show. Thankfully It was. OMG. It's so good.

But I knew that. I'd had it before as part of their fantastic dessert degustations twice previously. I've shown you that before (and the price went down! Now $48. Total bargain). But I really wanted to have a single serve. It's apparently based on the Mont Blanc at the Ritz Paris. Bet you can't guess where I want to go now? Sadly the Ritz Paris has been closed for unprecedented renovations since 2012, and is currently due to reopen late 2015.


Whilst this day does possibly seem slightly extravagant I did crisscross the length and breadth of Melbourne CBD on foot at least 4 times, and had the blisters to prove it. I think I earnt all those puddings... A perfect Melbourne finale. Melbourne wasn't Paris that day, but it was pretty darn close.

Oh Louise - I laughed, I cried, I craved!
What s post. I love your style. Mr Seasons and are still L-platers compared to your ability to find the best food & experiences wherever you go!!

Melbourne is now on my bucket list of places to visit. Amazing photos. You have Paris right there.

Oh, I do love when food is presented in such a charming way. As they say, "presentation is everything."

Thanks for sharing...and I am drooling here for all those foods.

Those desserts are almost too beautiful to eat ... almost! Your photos of food always make my mouth water, and today's pix were no exception. Thank you for sharing your delightful trip to "Paris" in Melbourne.
Sandy @ TEXAS TWANG

OH My Goodness! Such a wonderful day! I would not even know how to eat that Mont Blanc, or the macaroon, or any of the food you photographed. Maybe it is just too gorgeous to think about eating!

What a fun day. Too bad we do not live close. I would enjoy spending a day like this with you.

My stomach is now growling! What a fabulous day.

Louise, You deserve every one of those calories, just as if you were in Paris for rare treats. These all look so scrumptious. How amazing to find them closer to home. Here’s my Dreaming of France meme

Looks just like the real deal! Glad you had so much fun & were then able to share it with us...well almost.