London Not for Parents! 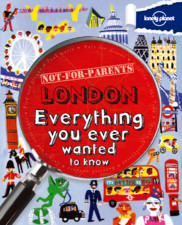 It's quite hard for me to put aside my Paris obsession and concentrate on other cities for my upcoming Grand Tour. But sometimes it must be done. Hardship as it is. This year I'm planning to make my first ever visit to London. I'm very excited about it, and have begun a bit of pre-reading. London Not for Parents was an obvious place to start.  I read the companion Paris volume in 2011 and loved it. They're from a great series of books from the folks at Lonely Planet.

There's so much in London that I want to do, I know that we won't have time to do it all.

I want to see some of Banksy's art. But will I recognise it? Apparently his work is simply made with cardboard stencils and spray cans, and he often features a rat. 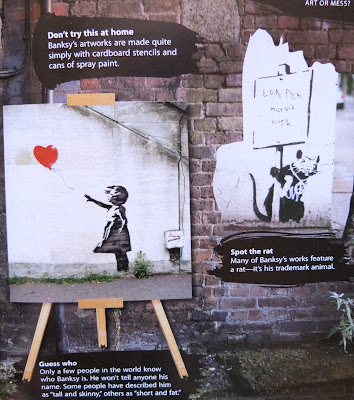 When I visit St Paul's I'll know that it is the 5th incarnation on the site. The previous four cathedrals all being timber burned down over the ages, the last one in The Great Fire in 1666- started by a baker cooking two big bits of bacon in his oven in Pudding Lane.


There is a Christopher Wren designed monument to the Great Fire near Pudding Lane where the fire started. You can climb it! I think I will.

3,000 people are buried in and around Westminster Abbey.

More than 100 people have been hanged, beheaded, or shot at the Tower of London over the centuries. The Tower was the prison, while the executions were mostly carried out on Tower Hill. If you were an important person like a baron, earl or the wife of a king you were beheaded in private, usually on Tower Green in the Tower of London.

Charles II kept exotic birds in a cage (including a crane with a wooden leg on Birdcage Walk.


Too good not to repost

By law sturgeons, whales, dolphins or porpoises caught in British waters belong to the current monarch. The wild swans that live on the River Thames are part-owned by the kings and queens of England. Every year the swans are counted and given a royal health check. The tradition, which started 800 years ago, is called swan "upping".

Nonfiction Monday at Booktalking
Posted by Louise at 10:55

Oh, the things you will see! (to quote one of my favorite authors)

I do hope that you see evidence of Bansky's art and I know that you will be ready to "click" to show us all later.

It is said that 1/3 of the joy of a trip is the anticipation. You are getting ready!

I know you love Paris (who doesn't? :) ) but London is, hands down, the most interesting and exciting place to live and visit in the world.

Very interesting about the monarchy and Thames swans. I imagine they got their hands quite full enough and didn't need to make a special claim on Australian swans :-)

I think you will fall in love with London .... not as much as Paris of course but I'm certain you will come away with a soft spot for this very regal city.
Hoping you find a few Banksy art works .... they really are cute!

Indeed Genie the thing I will see! My only worry with looking for Banksy is that I'll have to snap away at every bit of graffiti just in case I miss the Banksy one!

Kath- big call! I am excited about it though. Visiting London will round out the big 3 for me- London Paris New York.

Megan- you also have to be royal (with one exception) to be able to eat the swans!
http://www.comedy.co.uk/guide/tv/qi/episodes/5/10/

Thanks Dianne- I hope I do find Banksy, I know you can do tours, but I'll only have 4 days really, and I think the family will object.

Do allow loads of time to browse Fortnum and Masons Louise.
Admittedly I'd rather gaze at their jam jars anyway than Banksy ahem
And please leave time to meet Bear in Paris!?
Xxcg

Oh I hadn't even considered Fortnum and Mason Carol! And today I just learnt about Prestat and that's gone on the list. 4 days just won't be enough.... Of course I'd be thrilled to meet Bear in Paris.