I've just recently finished a book called Pompeii. It wasn't my favourite book of the year. Actually I didn't really like it, but it did provide some interesting words. I've already blogged some of them, and now for the rest.

Anyway I have found out nothing useful- beyond that there is a new recruit. As if I didn't know who that was. A tiro, Calpurnia calls him.

Explained in the text, but I always learn more by looking up the words too.

A variant of tyro. A novice or beginner. From the Latin tiro- recruit. The Free Dictionary

Father says there are augurs aplenty wandering the streets these days and that many of them are charlatans and we must be careful who we listen to.

I saw an augur in the street today. I knew he was an augur by the conical hat he wore and the curve staff he was leaning on.

The augur was a priest and official in the classical world, especially ancient Rome and Etruria. His main role was to interpret the will of the gods by studying the flight of birds: whether they are flying in groups/alone, what noises they make as they fly, direction of flight and what kind of birds they are. This was known as "taking the auspices." (from wiki)

This page has a great mural painting of an augur including a conical cap. I find it particularly fascinating that we still use the phrase "augurs well", when noone really indulges in a spot of augury any more, and the original meaning was certainly lost to me.

And I learnt that I've been spelling auger wrong for quite some time. I was wondering how it was going to relate to these manglers of limbs: 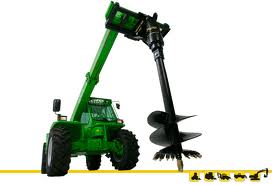 I slipped off the bulla I always wore and handed it to him.

Bulla is a word I know well, but in quite a different sense. In lungs where smoking (most commonly) replaces healthy lung tissue with big balloons called bulla(e). You can also get big blisters on skin, which is also called bullous skin disease. 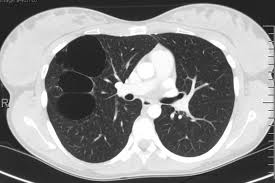 I suspected that that usage probably wasn't right, and went searching.

Before the age of manhood, Roman boys wore a bulla, a neckchain and round pouch containing protective amulets (usually phallic symbols), and the bulla of an upper-class boy would be made of gold. (Roman Clothing)


This makes much more sense, but all of the googling I did said that boys wore bullas, not girls, as in the story.
4. Ballista (Noun)
I felt as if the city was under siege, as if a huge army had ranged outside the gates and was catapulting pumice at us from giant ballistas and slingshots.
An ancient catapult for hurling stones, etc. The Free Dictionary.
Again, this gives us the well known modern word ballistics (the science of the study of projectiles), but the more ancient term was not known to me.
Posted by Louise at 21:14

When I saw augur, my first thought was the big drill thing too. I'm glad to know how to spell that correctly now. All of your words are new to me. I think I can remember ballista - it must be related to ballistics.

Very interessant post and the photos helped me to understand ! Thanks

The pictures of the words were great.

I'm loving "tiro"! I think I like it with a "y" better, though. Thanks for sharing these words. If you get a chance, mine are here.

Very interesting post today. Looks like you had to do quite a bit of research for all your definitions and pictures. It helped me understand.

Thank you! I didn't know how confused I was about augur and augers. Great to know that the correct phrase is augur well and why!

All really good words! Thanks for the pictures to help explain.

Thanks everyone for stopping by, and the comments. I really enjoyed this particular post. I found the augur/auger thing particularly fascinating, and enjoyed the research. In fact it made reading what was otherwise a quite disappointing book worthwhile.

'Tiro' and 'Bulla' are both new words to me.

I like the sound of 'Tiro' but 'Bulla' sounds what it is, something particularly nasty and horrible.

The book as a whole doesn't sound like my kind of reading, a bit too heavy going at times I should think, but it certainly has thrown up some interesting words.

It's amazing just how much the English language has changed over the years, when I check out words in the 'Urban Dictionary' I can see that I am already getting left behind with the modern day advances!!!!!

Isn't there "Bulla" cream?? Perhaps they mean Bulla the place.