Wondrous Words Wednesday is a fabulous weekly meme hosted by Bermuda Onion, where we share new (to us) words that we’ve encountered in our weekly reading.
Time has somehow got away from me yet again, and it's been three weeks since I last posted about Wondrous Words. That statement almost feels confessional! Not that I haven't been reading any Wondrous Words of course. I have. Lots of them. I've been making somewhat slow progress through Kidnapped, and have been reading other things as well, which doesn't help. Still, Kidnapped is a fabulous source of words. I've already done one post inspired by it, and I imagine there shall be several more.
1. Raillery (noun)
The pound Scots being the same thing as an English shilling, the difference made by this second thought was considerable; I could see besides, that the whole story was a lie, invented with some end which it puzzled me to guess; and I made no attempt to conceal the tone of raillery in which I answered-
from the French raillerie (from the Free Dictonary)
1. Good-natured teasing or ridicule; banter.
2. An instance of bantering or teasing.
WOW. If I was better read I'd sure know this word. Raillery appears to be in every classic text of English literature! How embarrassment, it's in several books that I've already read.
2. Dirk (noun)
The first was full of meal; the second of money-bags and papers tied into sheaves; in the third, with many other things (and these for the most part clothes) I found a rusty, ugly-looking Highland dirk without the scabbard.
Clearly some sort of weapon from context. Interesting that it's a man's name as well.

A dagger especially as worn by Scottish Highlanders, a relatively long dagger with a straight blade (from the Free Dictionary)
3. Hawser (noun)
Sir, I lie here with my hawser up and down, and send my cabin-boy to informe.
I really wasn't sure from context here. Turns out it's a rope. Who knew that there were names for particular kinds of rope? 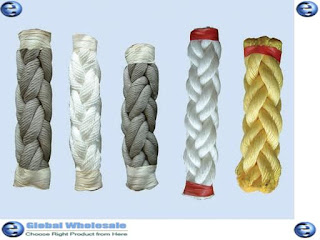 A large heavy rope for nautical use. Again from the Old French haucier (to hoist) (from the Free Dictionary)
This process really helps my enjoyment and expand my understanding of a complex book like Kidnapped. Thanks for such a wonderful meme Kathy.
Posted by Louise at 23:51

How interesting! For some odd reason, I always thought a hawser was a gun. Great words!

We all should know raillery but it's new to me too. I think when we only occasionally see a word in our reading we can easily forget it if it's not a part of everyday language.

I forget to keeo up with wednesday words sometimes too and its not because I don't have a long list from my reading! So No worries, it's good to see you here this week!

Like Kathy, I thought Hawser was a gun...maybe that's Hauser
I guess Dirk is the weapon here!

Good finds! They're all new to me by the way... and I'm quite sure they won't stick long with me either. And you don't need to feel embarrassed, we all do that all the time, learn new words and forget them... it doesn't mean that you're not well read ;-)