Surf and Soul in the Country

A few weeks ago I got to see The Temptations and The Beach Boys as part of their Surf and Soul tour 2017. I never expected to see either group touring rural Australia, but tour they did, and it was too good an opportunity to miss. 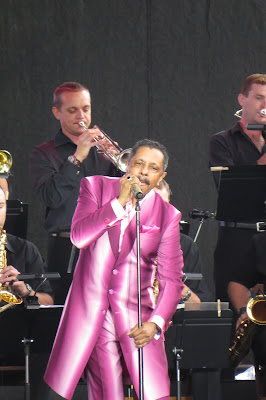 The Temptations put on a fabulous smooth, slick show. Then so did the sunset as we were waiting for The Beach Boys. 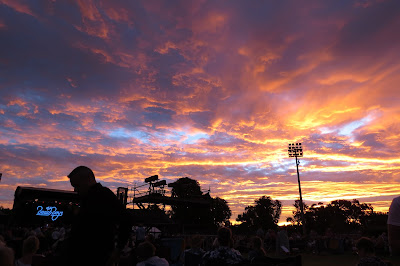 Naturally they were fab. 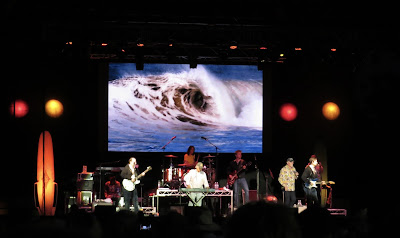 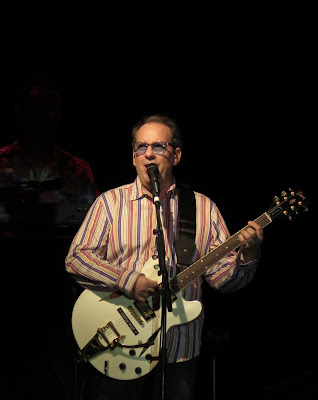 Mike Love was the only original Beach Boy there. But Bruce Johnston was almost a Beach Boy from the start (I just didn't get a half decent photo of him). The harmonies were wonderful as you would expect from The Beach Boys, and it was such a great night. 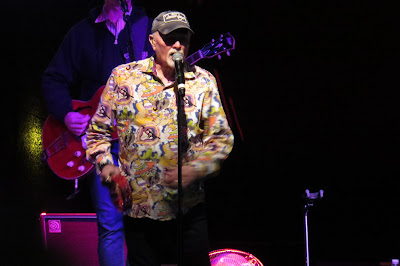 There were nods to the past. 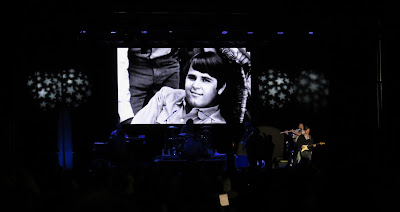 The only thing to dampen spirits was the weather. Feb 12 was at the tail end of a heat wave, it had been 40 degrees for days. That evening the temperature dropped from 35 degrees to 11! It was decidedly non-beachy by the end- particularly for those of us dressed for summer.

The Beach Boys are still a hard working touring band. There are plenty of opportunities to check them out no matter where in the world you live. Paris June 1 certainly appeals.

I love their music! I've never seen either band in person, but whenever I hear the songs, especially the Beach Boys, I am transported back in time to summers long ago.

That sounds like a great show. I love soul music.

I've always loved the Beach Boys and their harmonizing, and you can't beat the Temptations for soul music. Those suits are outrageous! Looks like Mother Nature put on quite a show as well. Thanks for sharing your musical experience.

The weather was amazing that weekend wasn't it? We were in Port Stephens where it hit 45 degrees Saturday afternoon!

At least you got a lovely sunset out of it :-)

I'll go to see anyone if they are appearing in Paris. Or Australia.