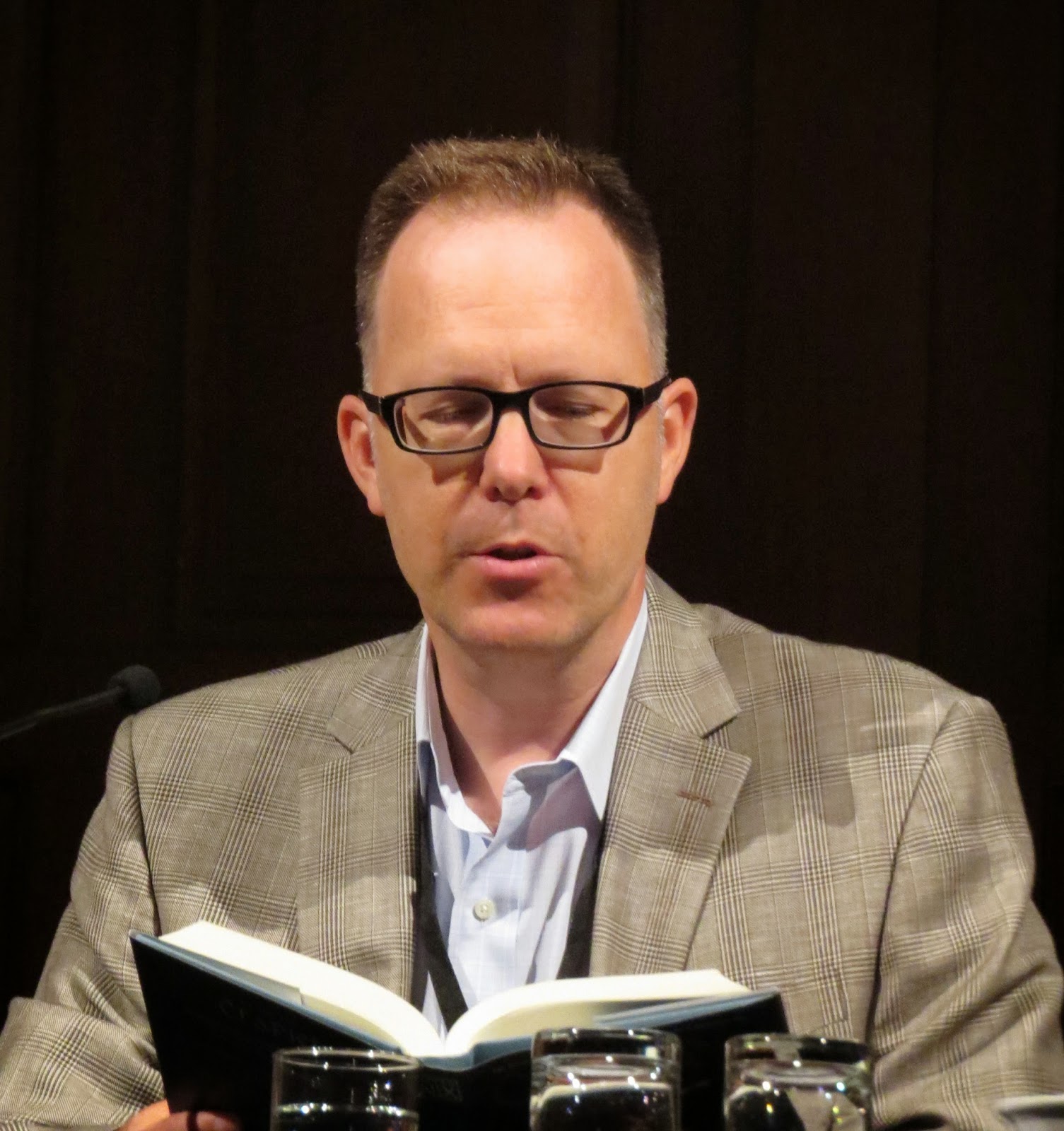 I had a fantastic weekend at Newcastle Writers Festival recently. There were many fascinating sessions. I kicked off my Saturday with an hour listening to Garth Nix and Magdalena Ball. I'd seen Garth Nix at another event a couple of years ago, but he wasn't really on my radar at that time and I don't remember all that much about it really. Which is all a bit surprising really as Garth has sold more than 5 million books, and been translated into more than 40 languages. But I'm not really much of a fantasy reader. I went through a sic-fi stage when I was a youngster, but never moved on to fantasy.

This session was primarily themed about Garth's most recent book, Clariel, a prequel to his Old Kingdom series, but published 10 years after the last book in the series. I haven't read any of those books, but the discussion about them was still fascinating. However the spark for Clariel came at the start of writing Lirael all those years ago, when he wondered how a particular character had come to be, how she have been as a young woman.

He mainly spoke to Clairel, but a lot of it applied to writing more generally.

Garth said that he doesn't map out the whole background of his books in great detail. He doesn't work anything out before he needs it for the story, although sometimes he might have worked it out in a previous book, perhaps even in what seemed a throwaway line. Which seems incredible having listened to Mister Monday recently- the first of seven books in the Keys to the Kingdom series. There are references to characters in the other six books of the series, it really seemed like he must have had an overarching plan before writing the first one. But perhaps he didn't?

Garth likes cliffhangers, which is obvious if you've ever read any of his writing, and he also likes monsters- again very obvious. He has a particular skill with both. Garth wasn't able to pick a favourite monster, and again he thinks up a monster when he needs one for the story.

Garth repeatedly said "It all comes back to story for me." A fact that really shows in his writing. It's very exciting.

There was a fascinating discussion on character names. Garth doesn't like ridiculous, unpronounceable names for his characters. Hallelujah! Ridiculous, unpronounceable names are one of the things that puts me off fantasy as a genre. Garth reads his work aloud as he is writing which he says shows the flaws in the prose, and also the flaws in the names. I've heard a number of authors say they do that now. It makes sense.

Garth actually spends a lot of time on his character names. Often he makes them up from fragments of words- names like Clariel and Sabriel. The suffix -iel is a hebrew name for angels. He wanted Sabriel to be evocative of dark night and power and so he wrote 40 or 50 different combinations before he finally chose Sabriel. And he admitted to stealing from Shakespeare as many authors do- Abhorson is the executioner in Measure for Measure, and so it is genius to use Abhorsen as those tasked to keep the dead down.

Then there was a general discussion about the life of a writer.  Garth's first book took five years to write and he earned a princely $3-4, 000.

"Hardly ever does a first novel change anything."


Then he couldn't get his second book published, but he kept writing otherwise he'd be a guy who wrote a book a long time ago. After his second US book deal Garth left full-time work. But then he didn't write anything at all for the year of 1999. He hadn't prepared himself for being a full-time writer, and rather astonishingly he went back to work to give his life some structure and get back to writing. Garth Nix then wrote his next dozen or so books while working a busy day job, so he wrote two nights a week and on Sundays.


"Being a full-time writer is a luxury. You can write a novel every year even when working full-time."

There was another very interesting discussion about categorisation in publishing. Garth Nix has an interesting perspective on this as he has worked in publishing in various roles, and found success as an author of course. He said that categories are to connect a book with it's primary first audience, but that word of mouth is still important for success. Categorisation is a blunt tool but publishers have to use it. Garth has always just written the books he's wanted to write. He advises writers to write the story they want to tell which will always work better than the story you think people want to hear.

It was such a great session. I'm so keen to read more of Garth Nix's work now, I know I have an interesting journey ahead. Maggie Ball did an amazing job leading the discussion. You can read her thoughts about chatting with Garth Nix here.
Posted by Louise at 15:17

I love the process Nix uses to come up with names. Why are so many unpronounceable?

Happy to see you are writing about the conference. Now I'm off to catch up here.