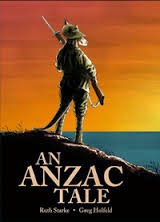 I've been meaning to read An Anzac Tale since last year. I love the cover, it's such a strong Australian image. It's so clever, using the kangaroo as a soldier. The cover was featured in the ANZAC Illustrated exhibition that I saw in Newcastle recently, and I knew I would read it for this Anzac Day, which commemorates the 100th anniversary of the original Gallipoli landing.

An ANZAC Tale tells the story of two friends, Wally and Roy, Aussie lads who enlist in 1914 soon after war has been declared. They leave their farming lives and ship out in November 1914. They train in Egypt before landing at Gallipoli on Sunday 25 April 1915.

We see the horror of the landing, and the ongoing horror of the trench warfare of the following months. The smell, the disease, the death, the terrible food, the dreadful conditions, the heat and then the cold, the unending death of a campaign that was doomed from the start. 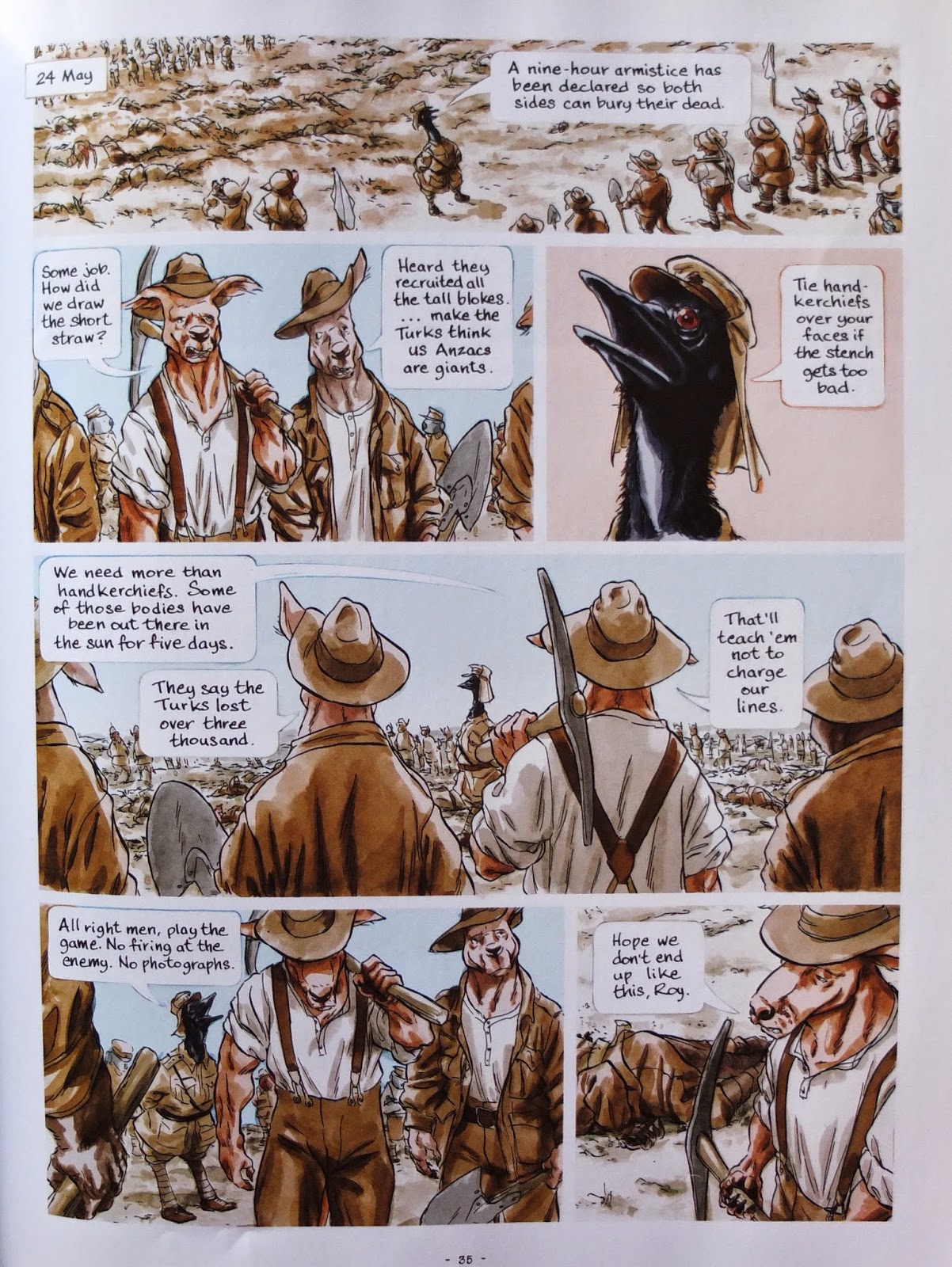 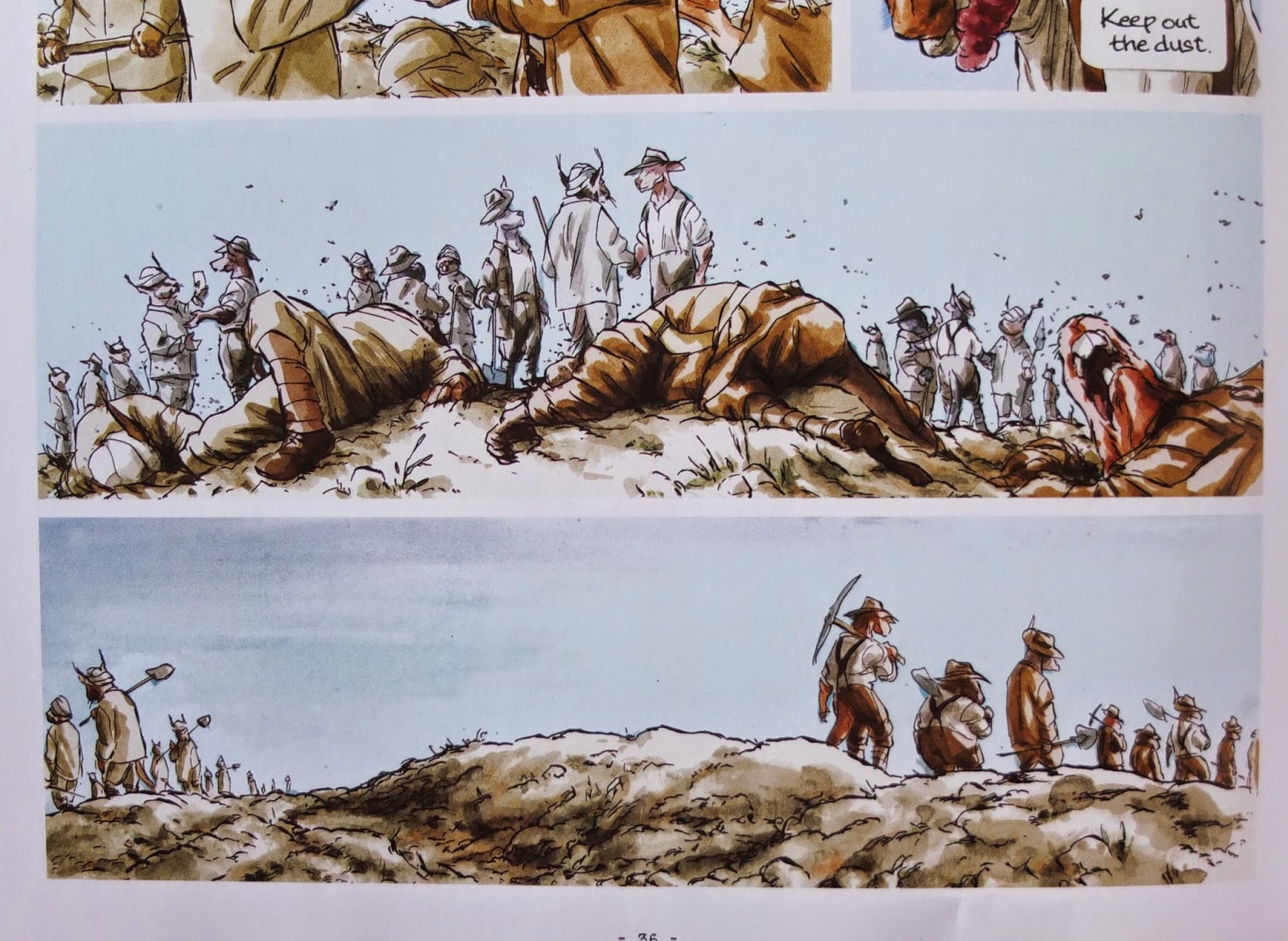 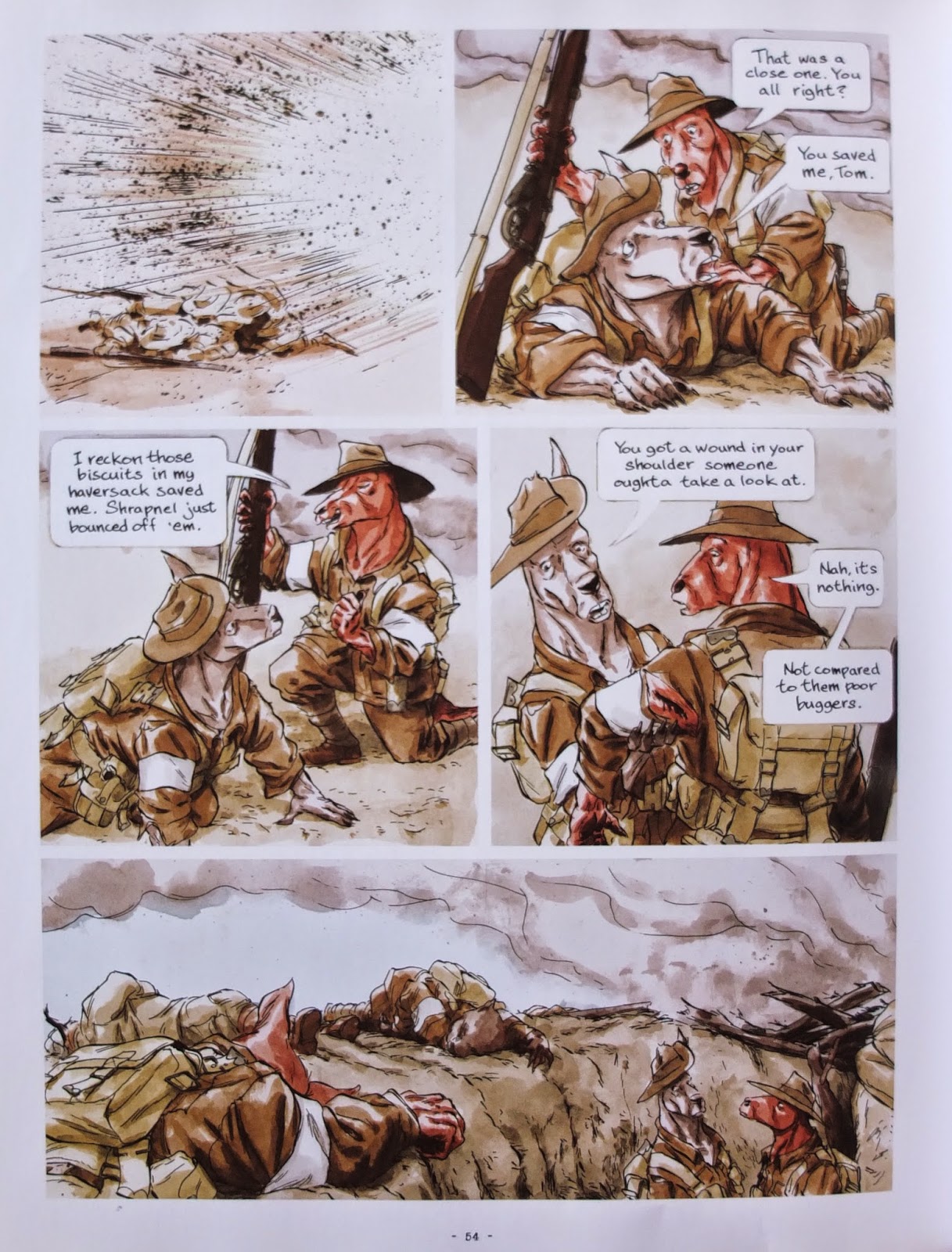 There are 6 great pages of notes at the back of the book. Putting everything in historical context for the reader. Incredible stuff.

Each man carried over 90 pounds (40.8 kilograms) of equipment, along with fixed bayonets and empty gun magazines (silence was to be maintained). When they jumped off their boats into the water, many found themselves up to their waists or armpits; others were pulled under by the weight of their equipment; some drowned, and others were struck down by Turkish bullets.


Greg Holfeld's illustrations are fantastic. Pen and ink wash drawings on paper and coloured in Photoshop- is a process I can't begin to understand. A note at the beginning of the book explains his inspired choice of animals to represent the different nationalities.

Australia and New Zealand have obvious choices for illustrations using animal representation; the fauna emblems for both countries are also uniquely indigenous. Other nations can be represented by animals that aren't native buy have a symbolic association with the country, such as the British Lion, the Bengal Tiger of India, or cats in Egypt. No such choices were immediately apparent for Turkey. The caracal lynx, from the Turkish word karakulak, meaning 'black ear', was chosen to represent the Turkish soldiers. It has been described as fiercely territorial. 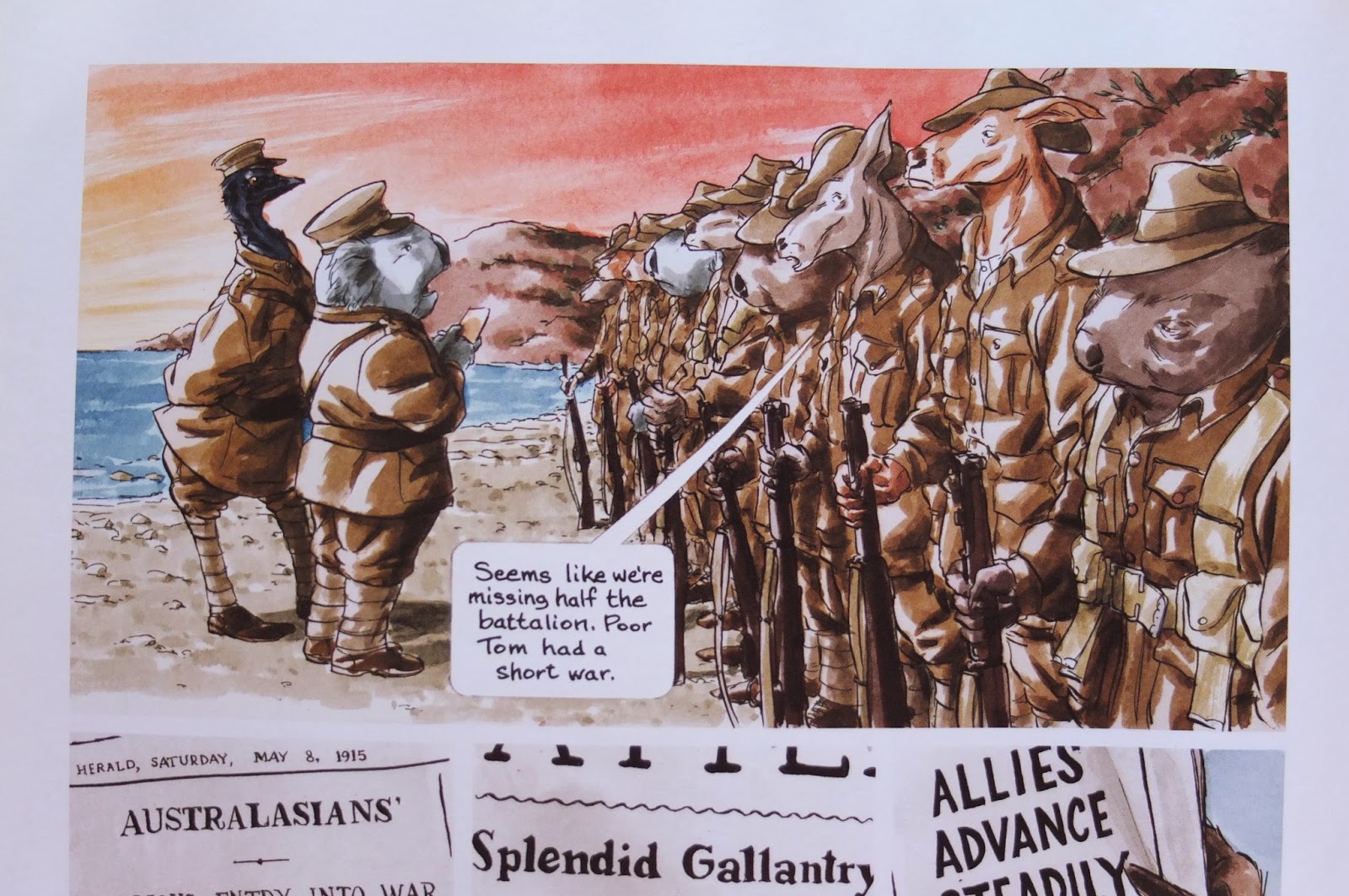 Find more war books for kids from my list here.
Posted by Louise at 21:07