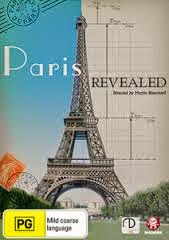 Paris Revealed is a fascinating three part documentary detailing three of the most visited sites in Paris- The Eiffel Tower, Notre Dame and Montmartre. It's especially fascinating if you've been there, or useful if you're planning at rip.

The first part is naturally The Eiffel Tower, Paris' most recognisable landmark. The Grande Dame is the most visited paid monument in the world, and remains the tallest building in France over 120 years after its completion.

It was interesting to ponder how amazing an experience it would have been in 1889 to go to the top of the Eiffel Tower. People at that time did not routinely take off in planes, and seeing their city from such a height was completely new. Eiffel Tower experts and staff become rather philosophic at times.


Seeing things at 300m from the ground somehow brings us down to earth. We realise the ground beneath our feet is complex, maybe fragile.


The behind the scenes glimpses are particularly fascinating. The intricacies involved in repairs to the structure itself and the elevators- the youngest of which was installed in 1964. The structure of the Eiffel Tower is still 95% original 1899 construction of "puddled iron" and rivets. Most repairs need to be done to the newer already-replaced pieces. These repairs are done at night, whatever the weather, after the tower has closed for the day. Paris Revealed was filmed during the recent redevelopment of the first floor. 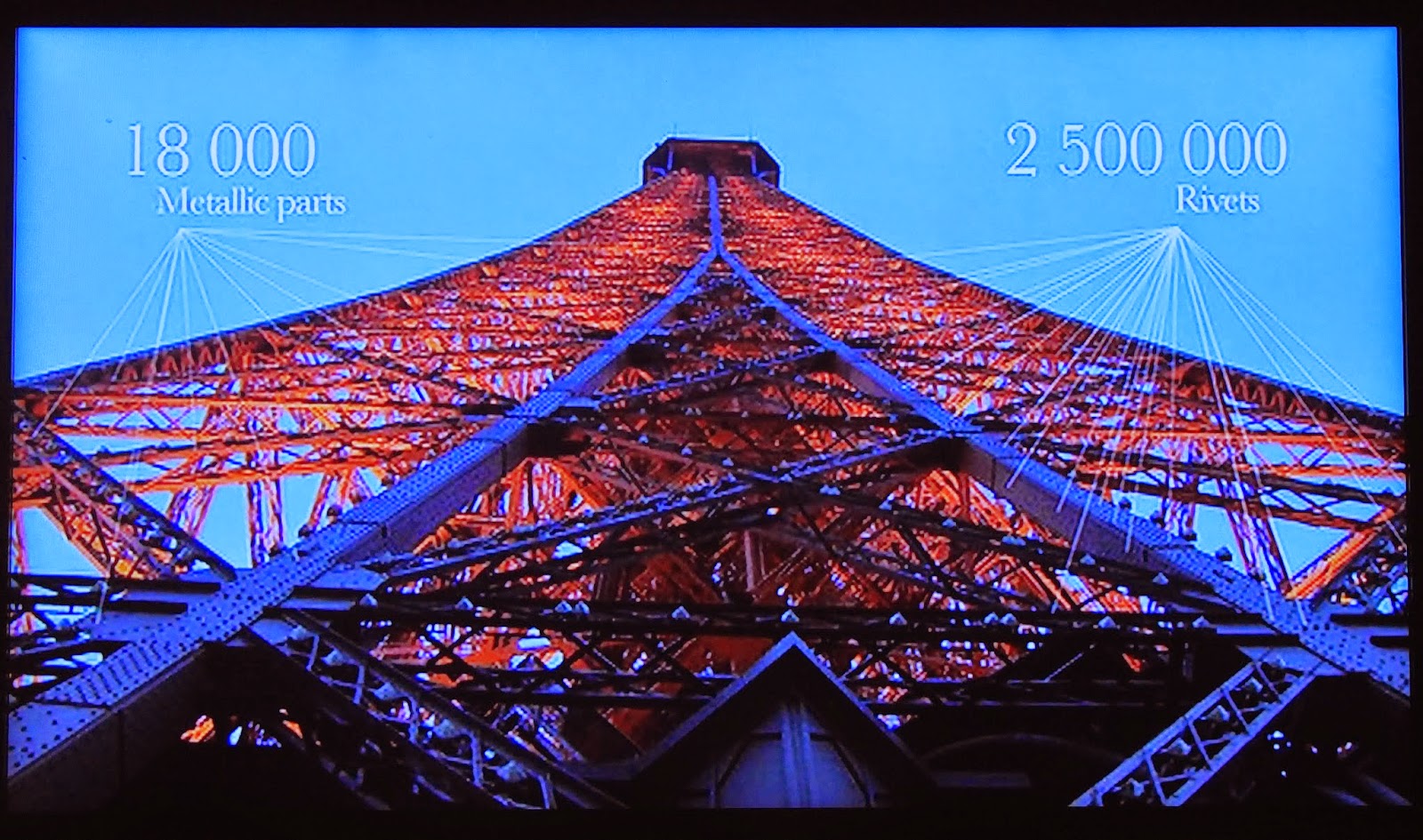 The beacons that pierce the night sky were only installed in 2000, but Gustave Eiffel included a lighthouse type light on top of his tower too, so it was part of his original vision for his tower. 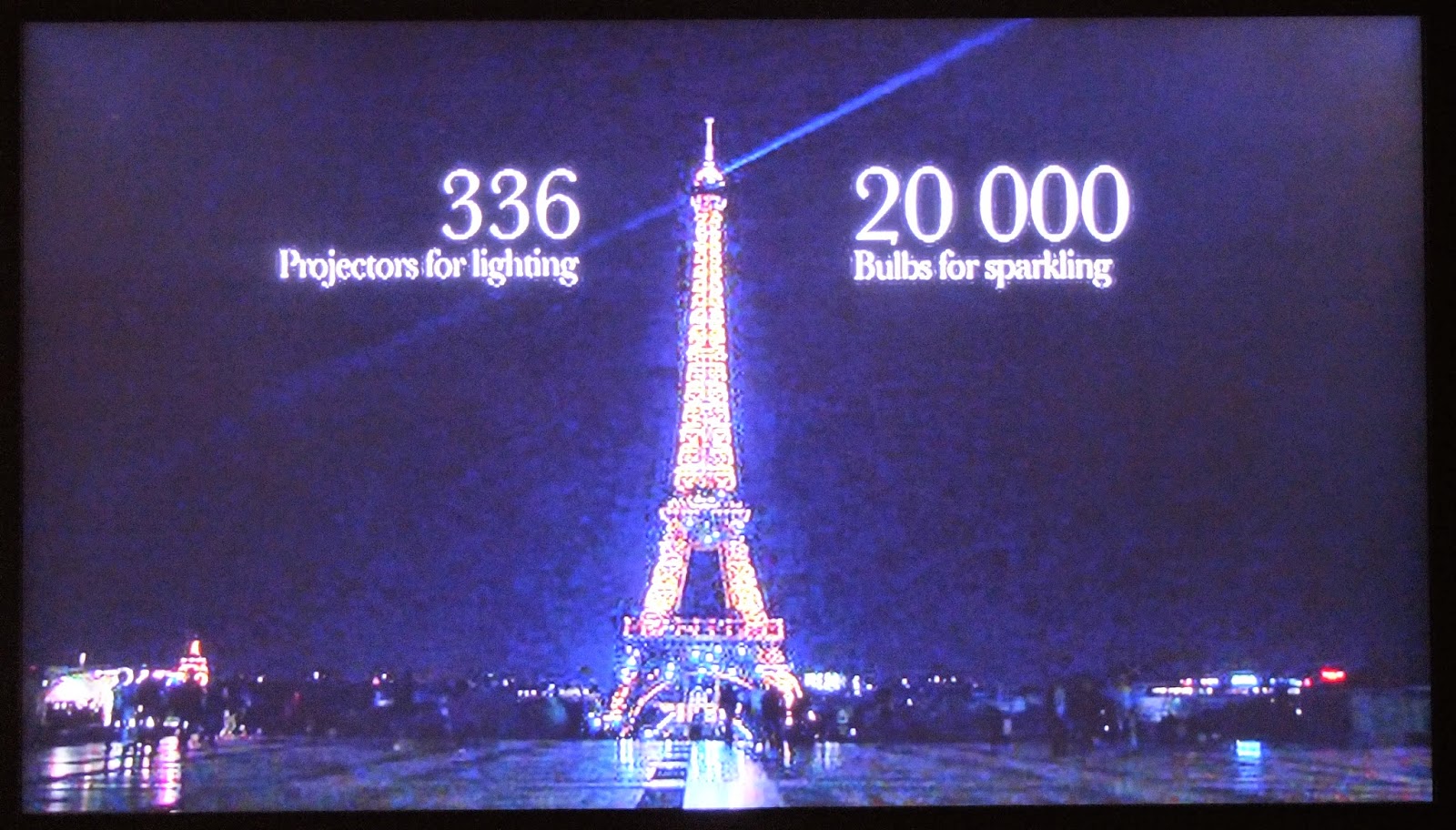 I had no idea that the elevators had conductors until 1986. I can't believe that I'd never seen this detail before!


The nine gift shops are restocked every morning, with daily deliveries as there is no storage, and they sell up to 4 tonnes of souvenirs each day!

The procedure for food to arrive at Le Jules Verne was particularly fascinating for me. I've eaten lunch there three times now (and have shared two of those experiences with you, lunch in 2010, and lunch in 2013). It's amazing to see their vegetable and seafood deliveries to the Champs de Mars each morning, the produce is then taken to an underground preparation kitchen where they fillet and cook the fish, all to cut down on the weight and volume of produce that needs to be taken up to the kitchen in the restaurant. All flame is prohibited on the tower, so the cooks must use electric stoves and even candles on birthday cakes are forbidden.

Musee d'Orsay holds the Eiffel family archive. There is a fascinating segment about the early construction of the tower- opposition from the few nearby residents (NIMBY early adopters), how it was built in prefabricated sections. Gustave Eiffel held the concession for 20 years until the tower was given to the city of Paris. Gustave kept a guest book of all the famous people who visited. 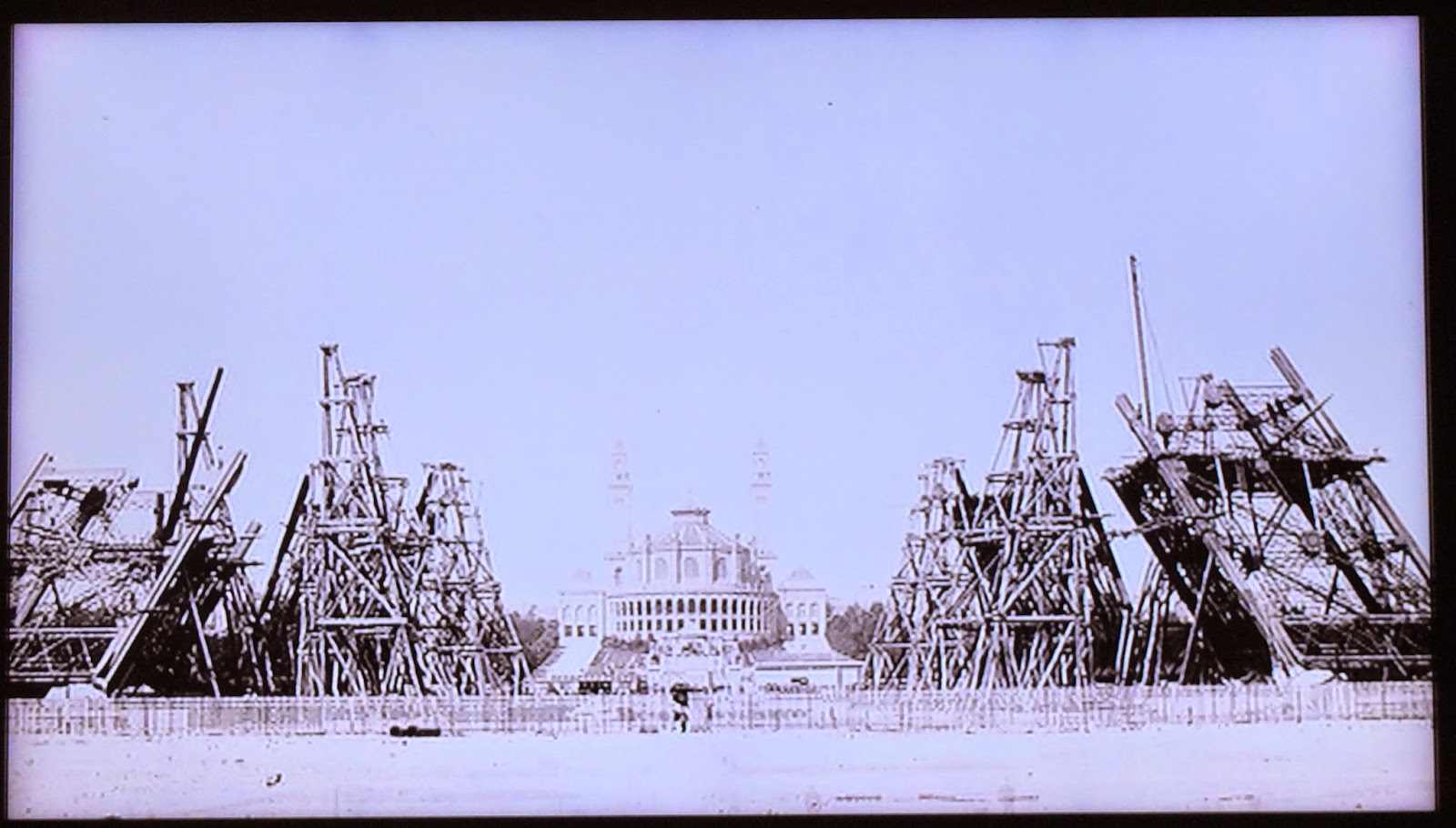 The Eiffel Tower segment ends with Bastille Day celebrations, which made me reminisce our Bastille Day 2013 spent on the hot and sweaty Champs de Mars waiting for nightfall.

In Eiffel Tower news this week they have installed wind turbines as part of Paris' impressive goals for greenhouse emission reductions.


A prayer in stone.


I have visited quite a few times, but last year I climbed the tower to enjoy the view, an absolutely incredible experience, and one that I should share with you some time. The gargoyles that are so famous to us now are a mid 19th century addition.

Documentaries like this can access places we visitors can only dream of. They visit the spire and look down on Viollet Le Duc (who restored the spire in the 19th century) looking back at them. 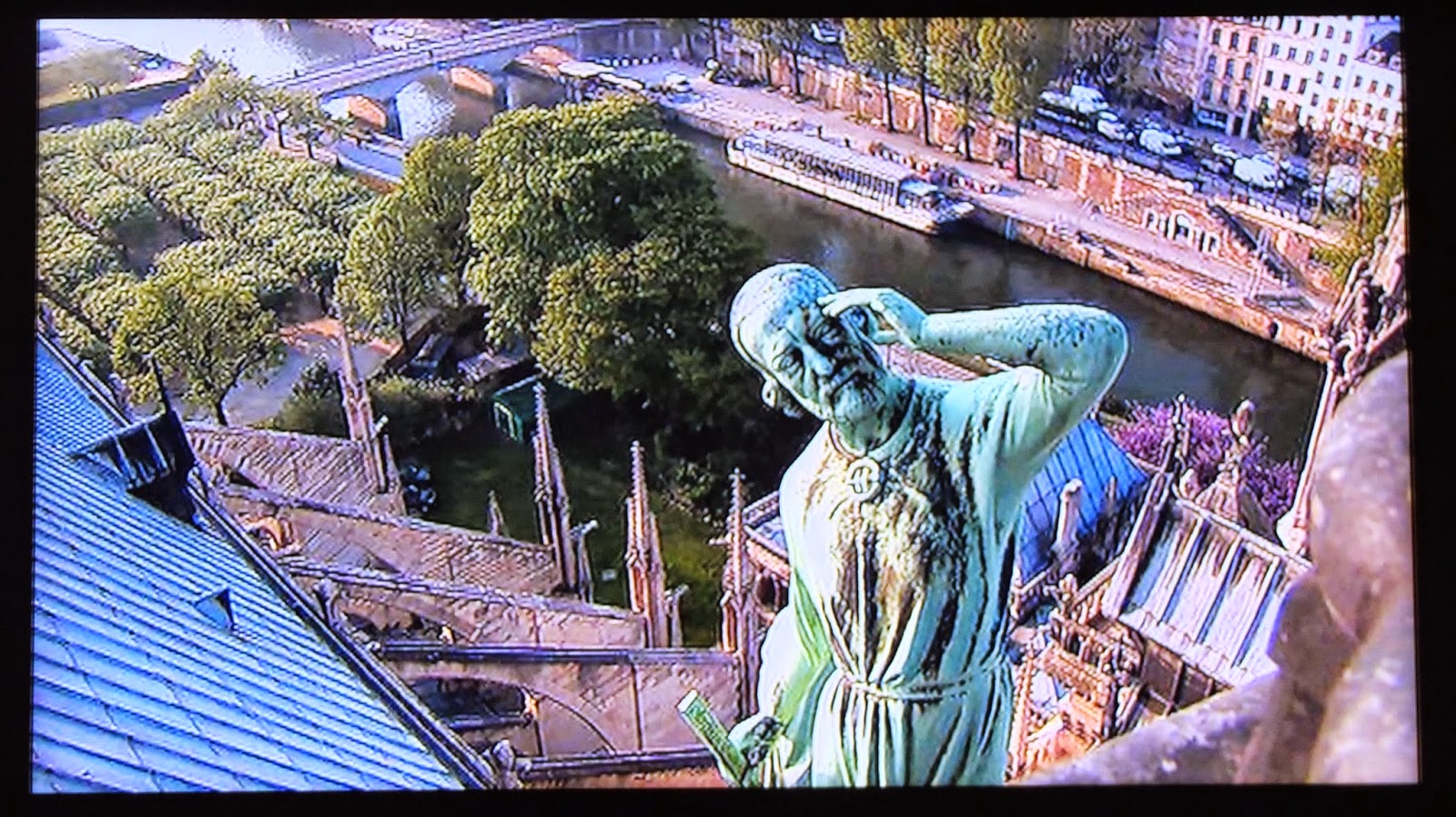 They show us the making of the holy oils in the cathedral basement, choir practice in the lead up to Easter, the inner workings of the organ (they have lungs!) 8000 pipes and 115 stops. It's astonishing to see the 13th century wooden roof structure is still there.


The incense for Notre Dame is made in house by the sexton, he varies it for the season and the occasion, and it is much more like a perfume than I had ever imagined. 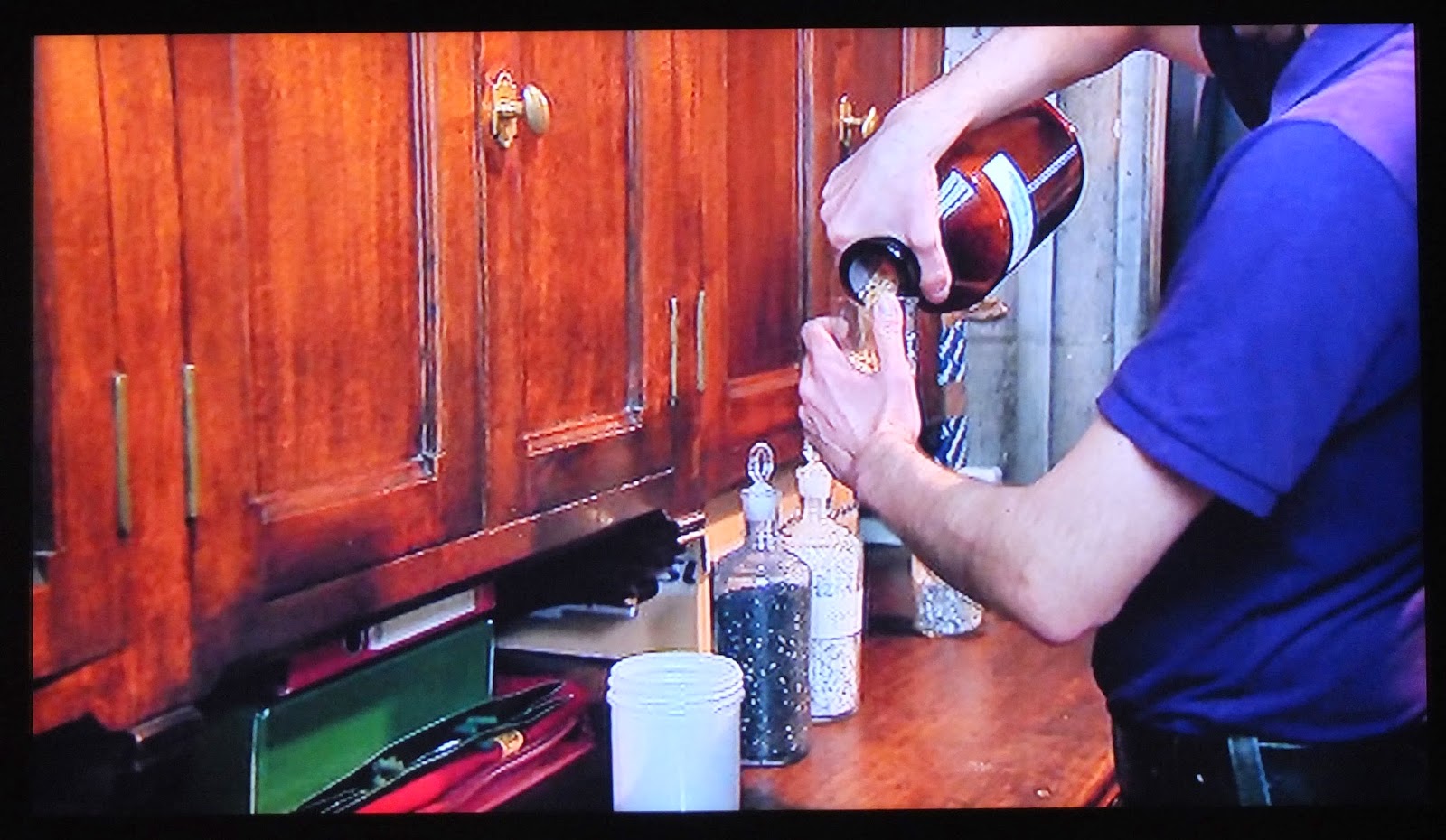 They visit the Treasury, a particularly fascinating section of Notre Dame, and well worth the small entrance fee (entry to Notre Dame itself is free). The Treasury recently found a 13th century jaw bone that they hope may belong to Saint Louis.

Montmartre. Sacré Coeur Basilica is the second most visited monument in Paris with 10.5 million visitors per year.


Largely completed in 1914. 7 architects and 44 years to complete. The location was decided in 1873 at the site of the martyrdom of Saint Denis, the first Bishop of Paris who famously walked carrying his head for 6 kilometres. Underground pillars were needed for preparatory work as the area is riddled with old quarries. 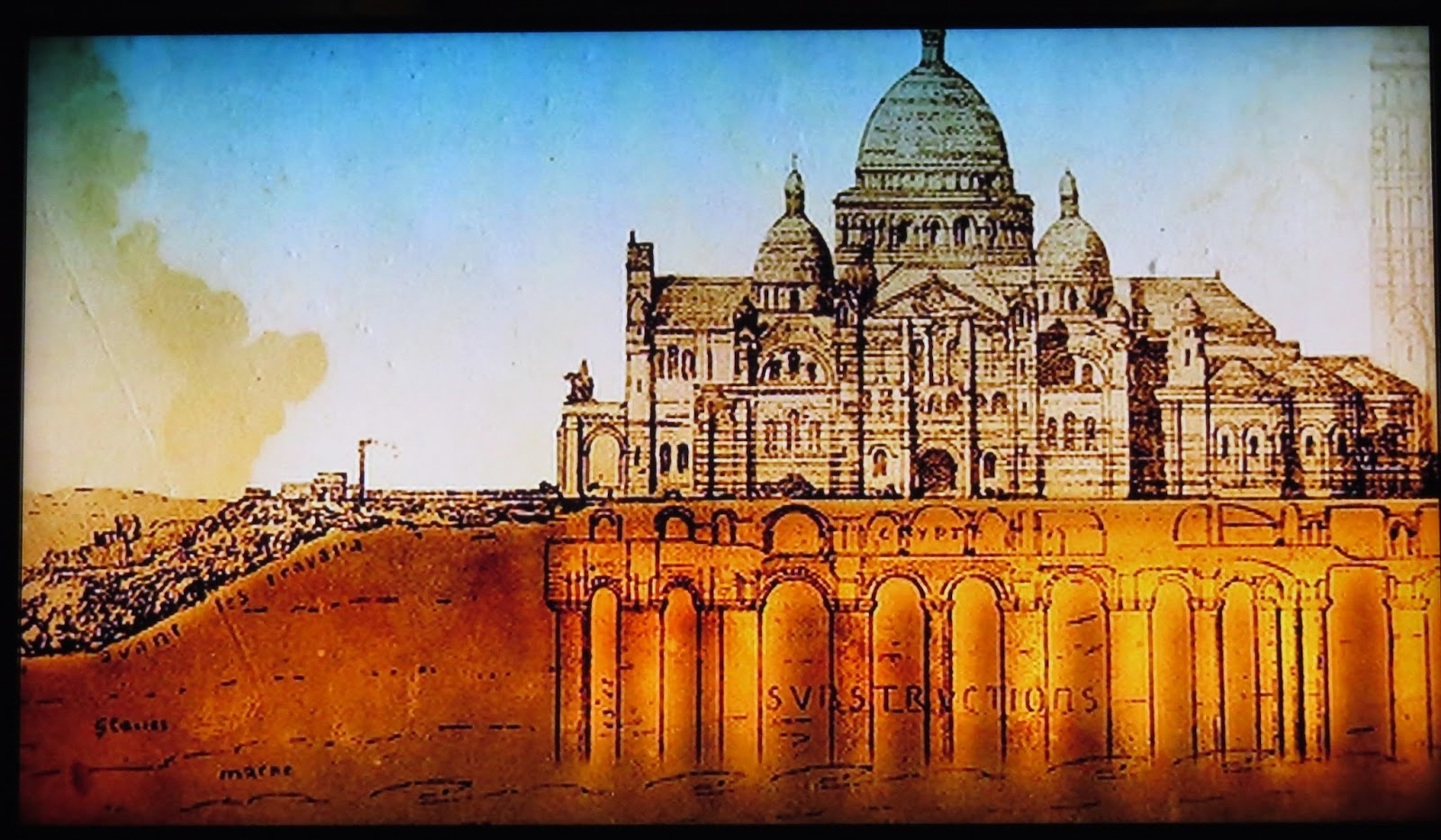 The stone is "self cleaning" and secretes a white substance when rained on. Sacré Coeur's bell tower (which somehow I seem to have never noticed before) holds the largest bell in France, Le Savoyarde, weighing 19 tonnes. Sadly it is cracked and can't be rung at the moment.

A particularly fascinating aspect of life at Sacré Coeur that was new to me is nocturnal worship. Up to 170 pilgrims can stay at The Guesthouse of the Basilica and commit to spending at least an hour of prayer during the night, these prayer sessions are rostered to give continuous worship round the clock, and over the years.

Montmartre is not my favourite area of Paris, and I now realise that I've never visited Place du Tertre, the famous open air art market where Picasso and Renoir worked at one time. I've felt uncomfortable on my two visits to Montmartre, both were brief it's true and we didn't really stray beyond the very crowded, awful area around Sacré Coeur- the only place I've ever felt the crowds to be too much in Paris.

Paris Revealed visit several Montmartre characters, Michou who is all decked out in blue and a collector who only collects objects related to Place Pigalle.

I found each of the 50 minute episodes very enjoyable. Of course my favourite was the Eiffel Tower, but all were enjoyable and informative. Paris Revealed is well worth seeking out.

And so I shall. Seek it out. Thank you, Louise.

Louise, Wow this looks very in-depth. I've read a number of books about the building of the Eiffel Tower, but haven't seen this documentary. Thanks for sharing.

Sounds very interesting, I'll have to go find that documentary :) I don't remember where but I heard a few years ago that apparently when the Eiffel tower went up the citizens hated it and wanted to tear it right back down :P good thing they didn't!

How fun is this. I cannot remember the conductors-I know I have climbed the tower now you have me wondering if I always climbed it.

Lots of interesting facts that I didn't know about Paris. I love getting behind the scenes and discovering things like how the food is prepared and no flames at the JV resaurant. Thank you for linkingup to #AllAboutFrance