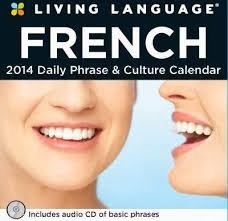 Mr Wicker bought me this as a bit of a joke Christmas present. It's a great present. And a great joke. They've chosen some rather intriguing daily phrases for a Living Language.

The year starts off with a bang.

Some bring to mind the ennui of the French soul. 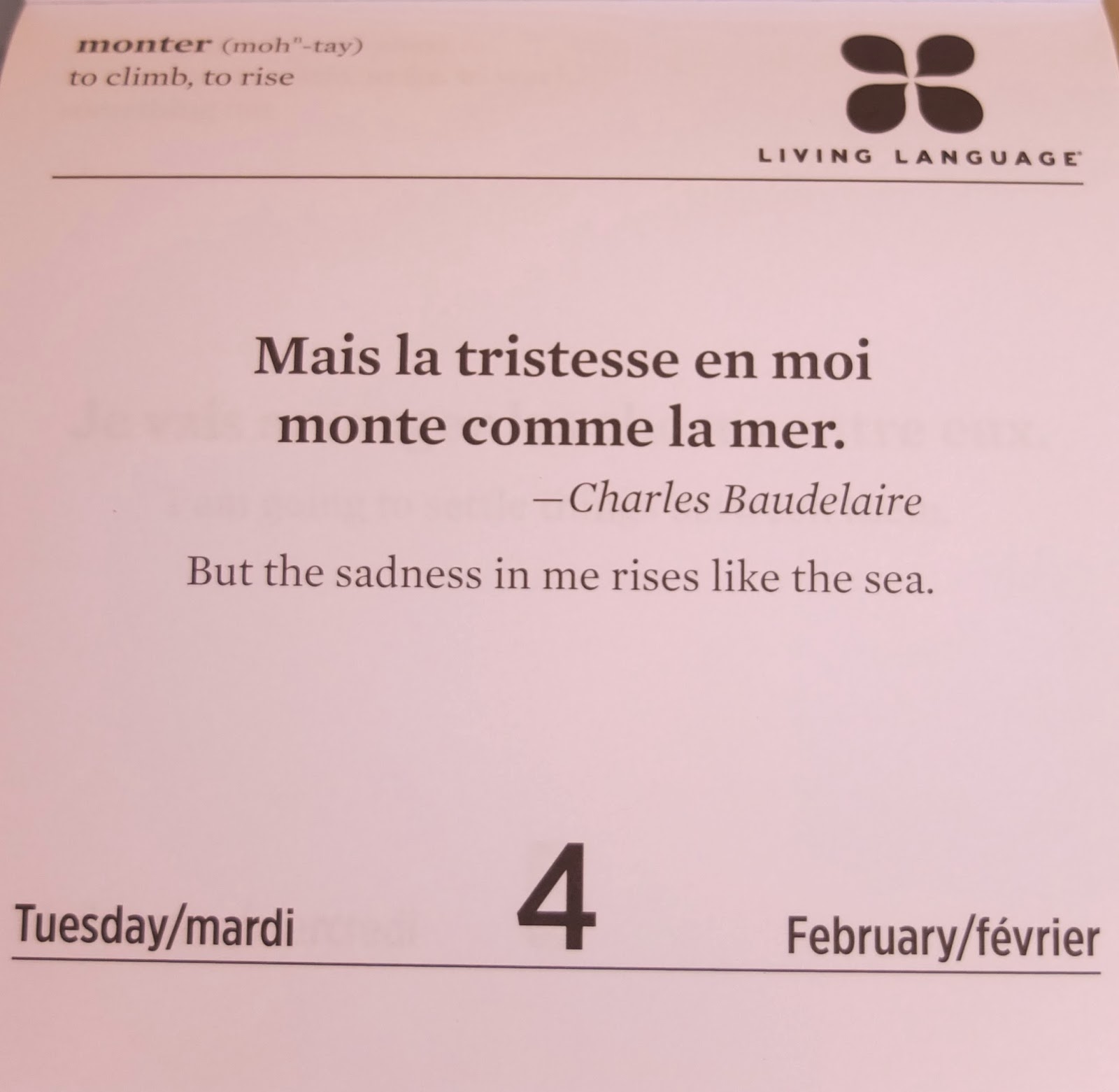 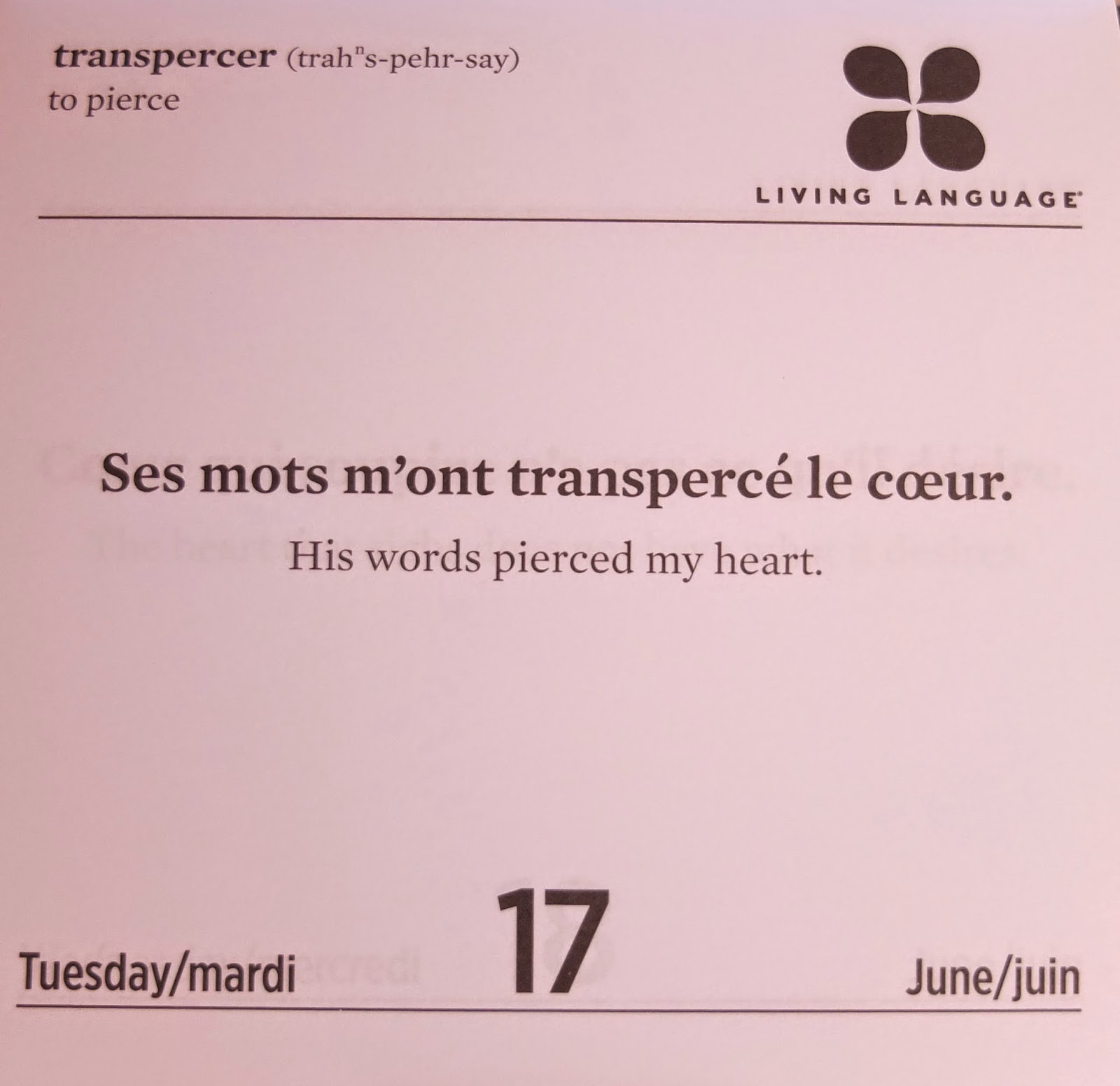 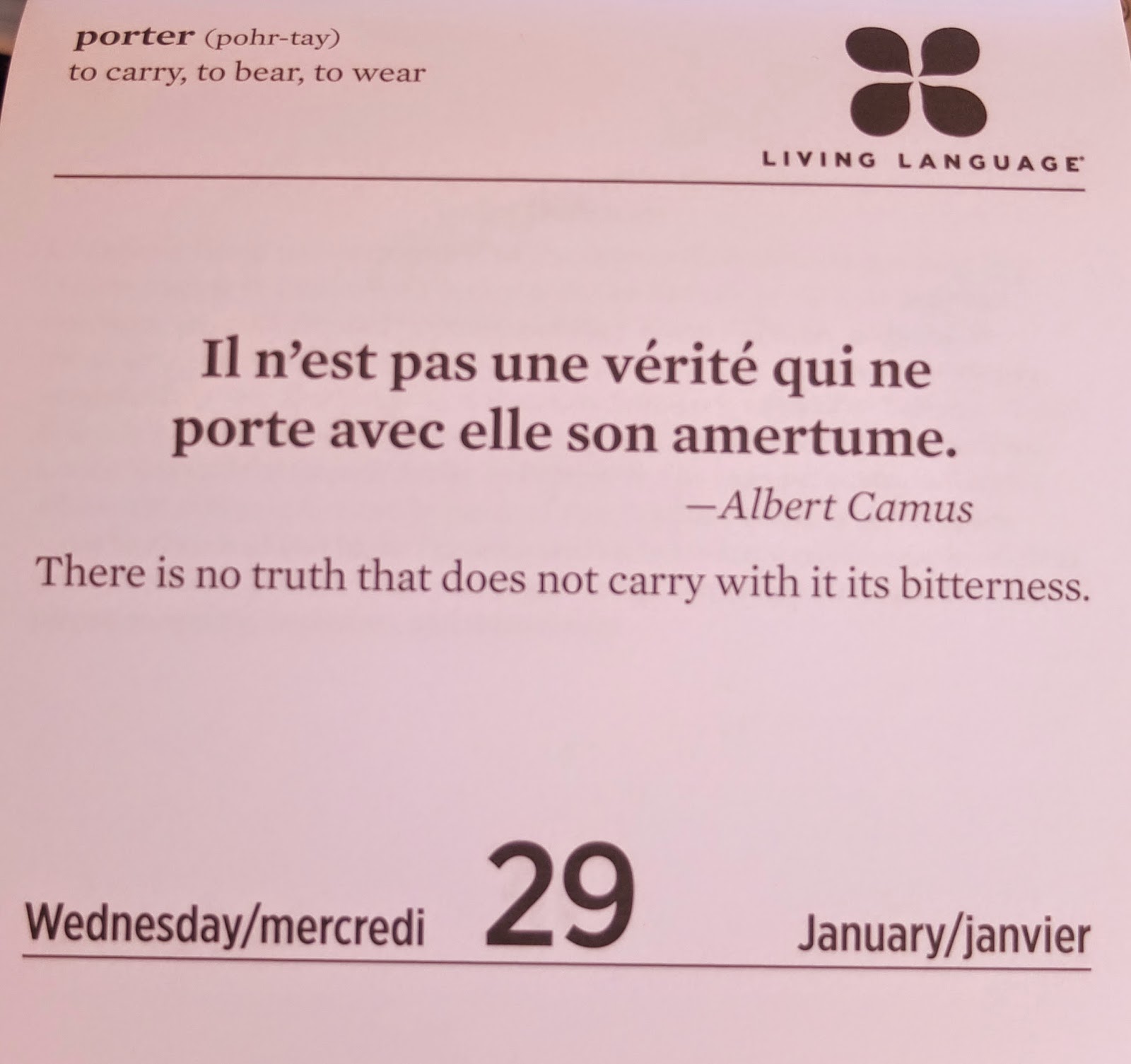 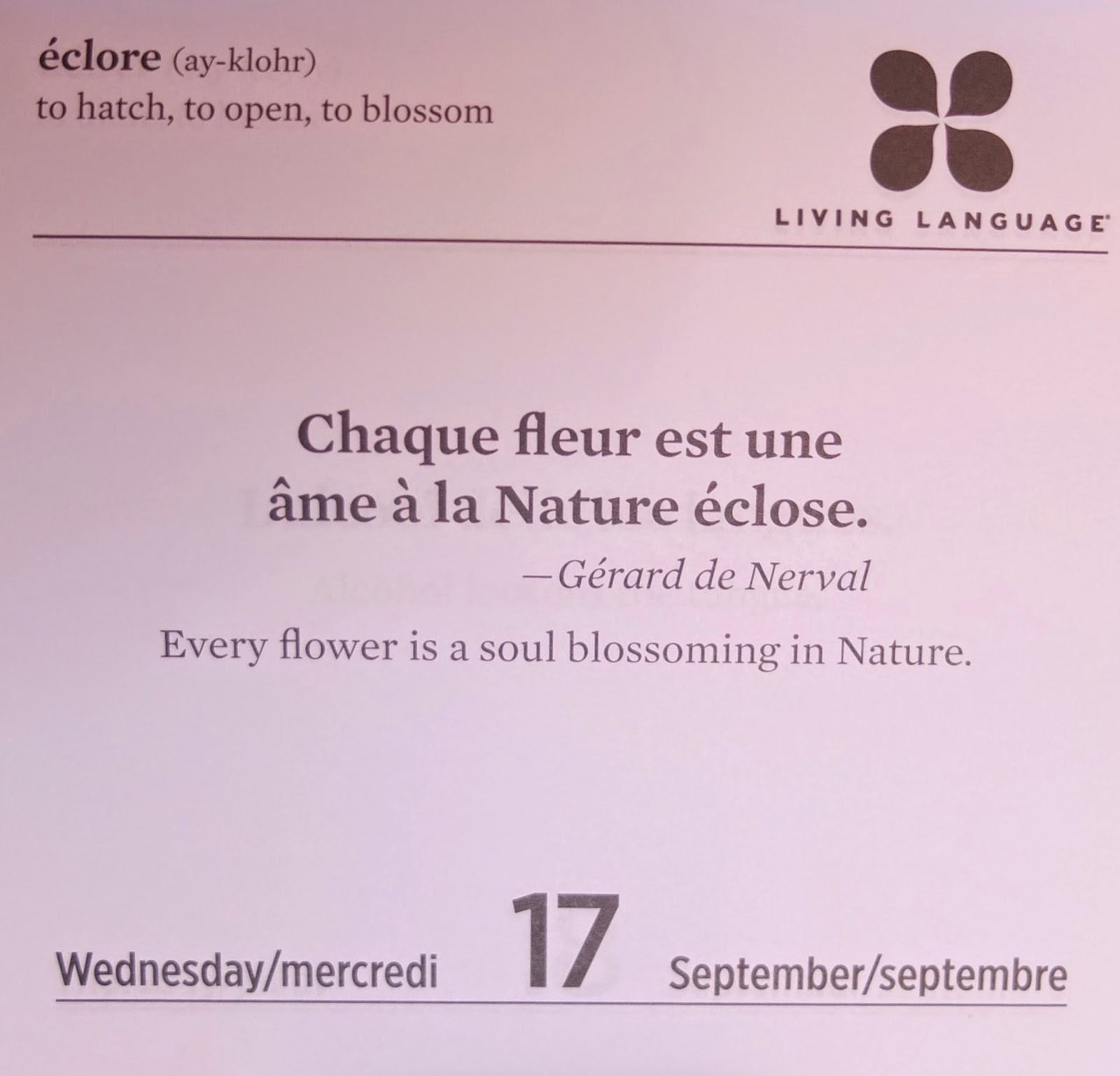 Living Language French really makes you appreciate the difference between the idiomatic French and English expressions- particularly when they apply to animals. 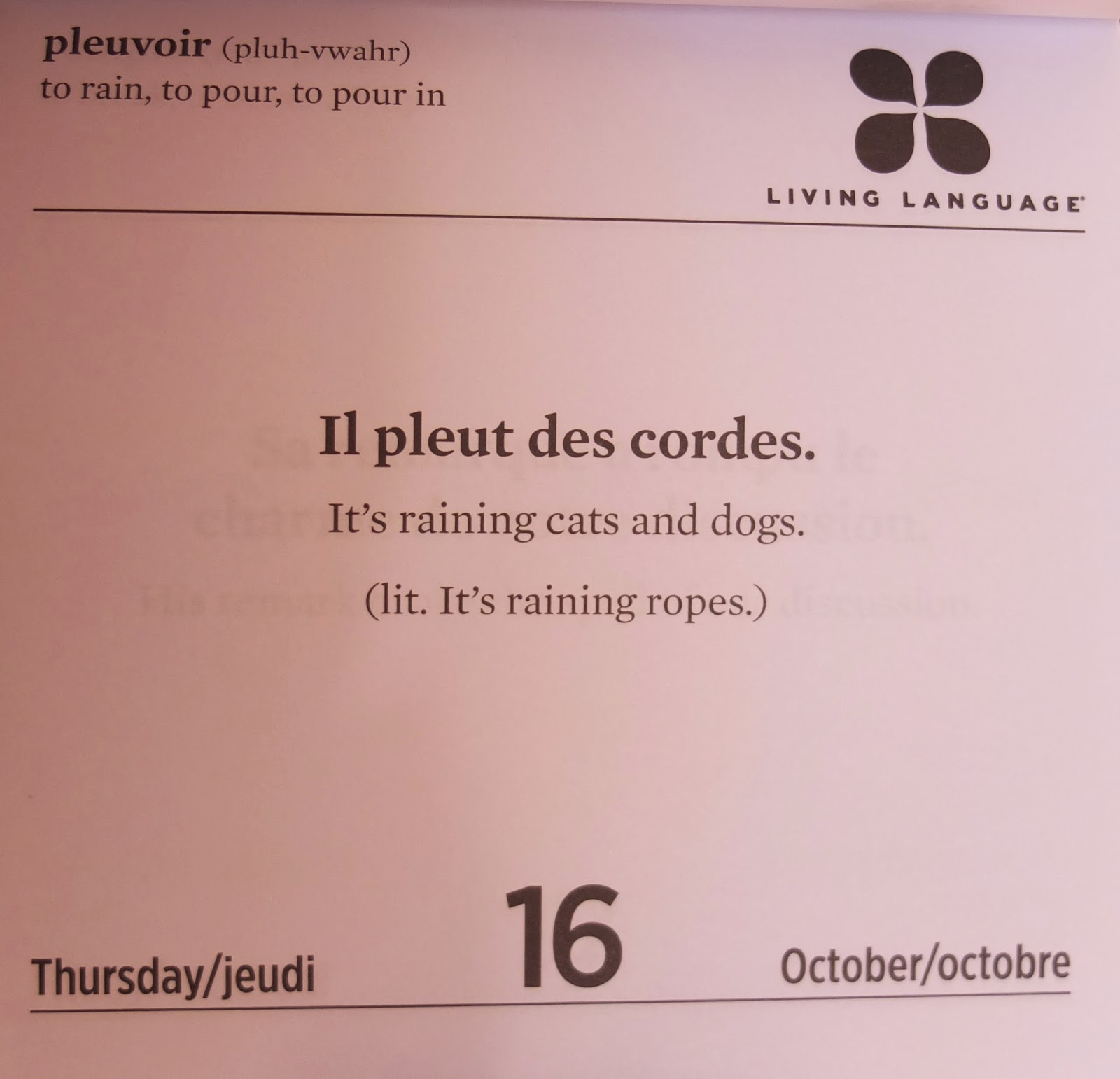 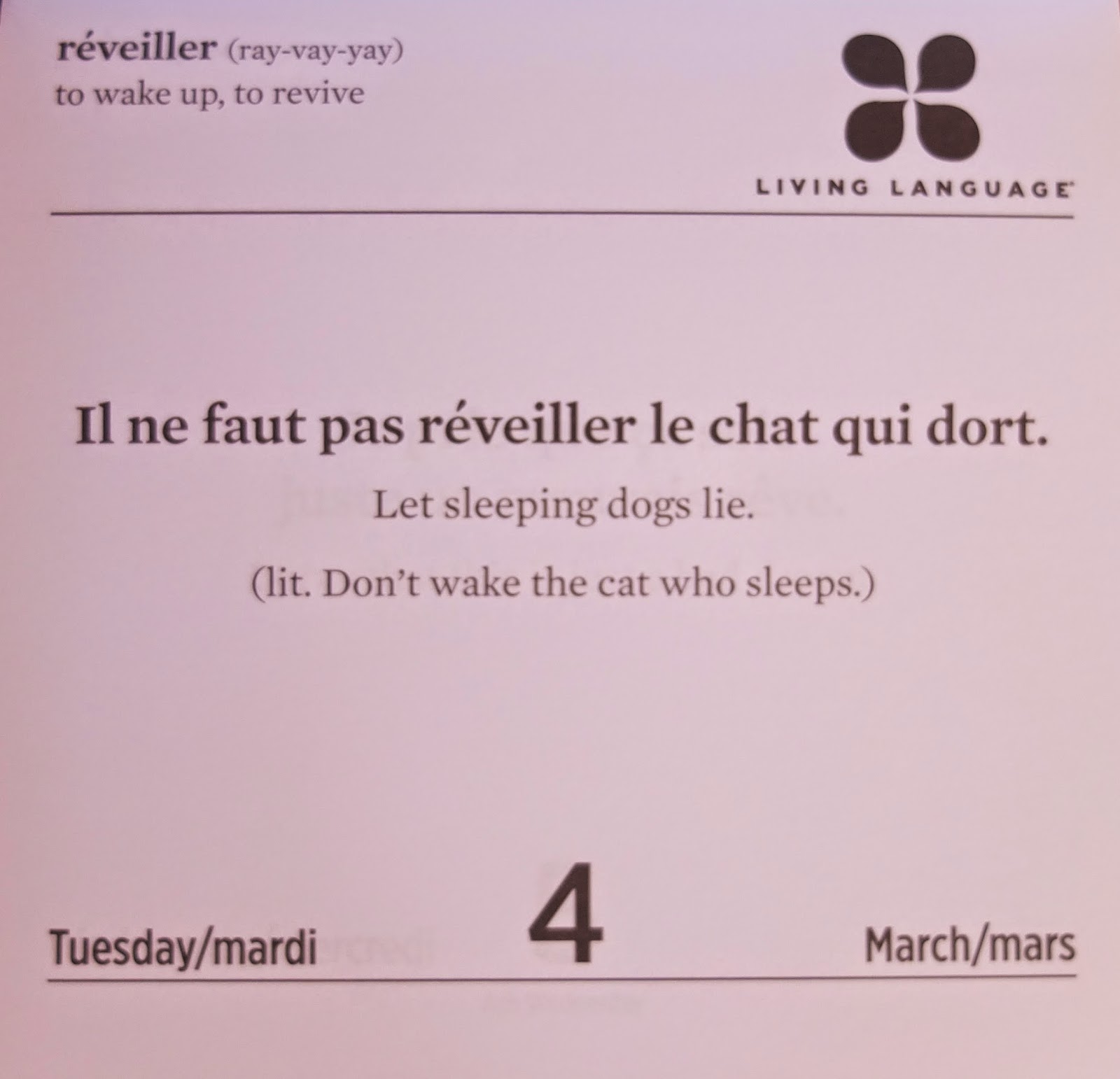 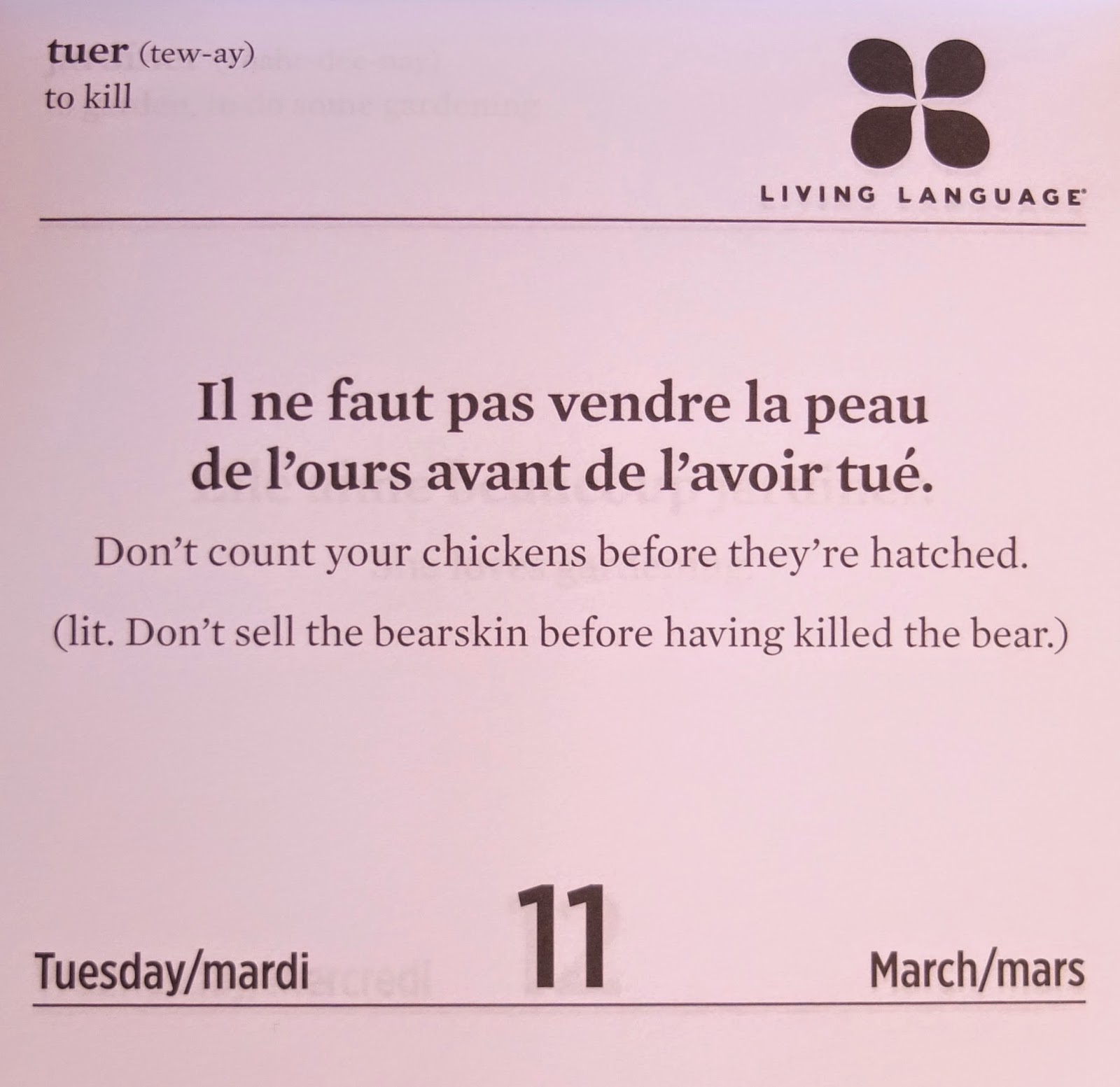 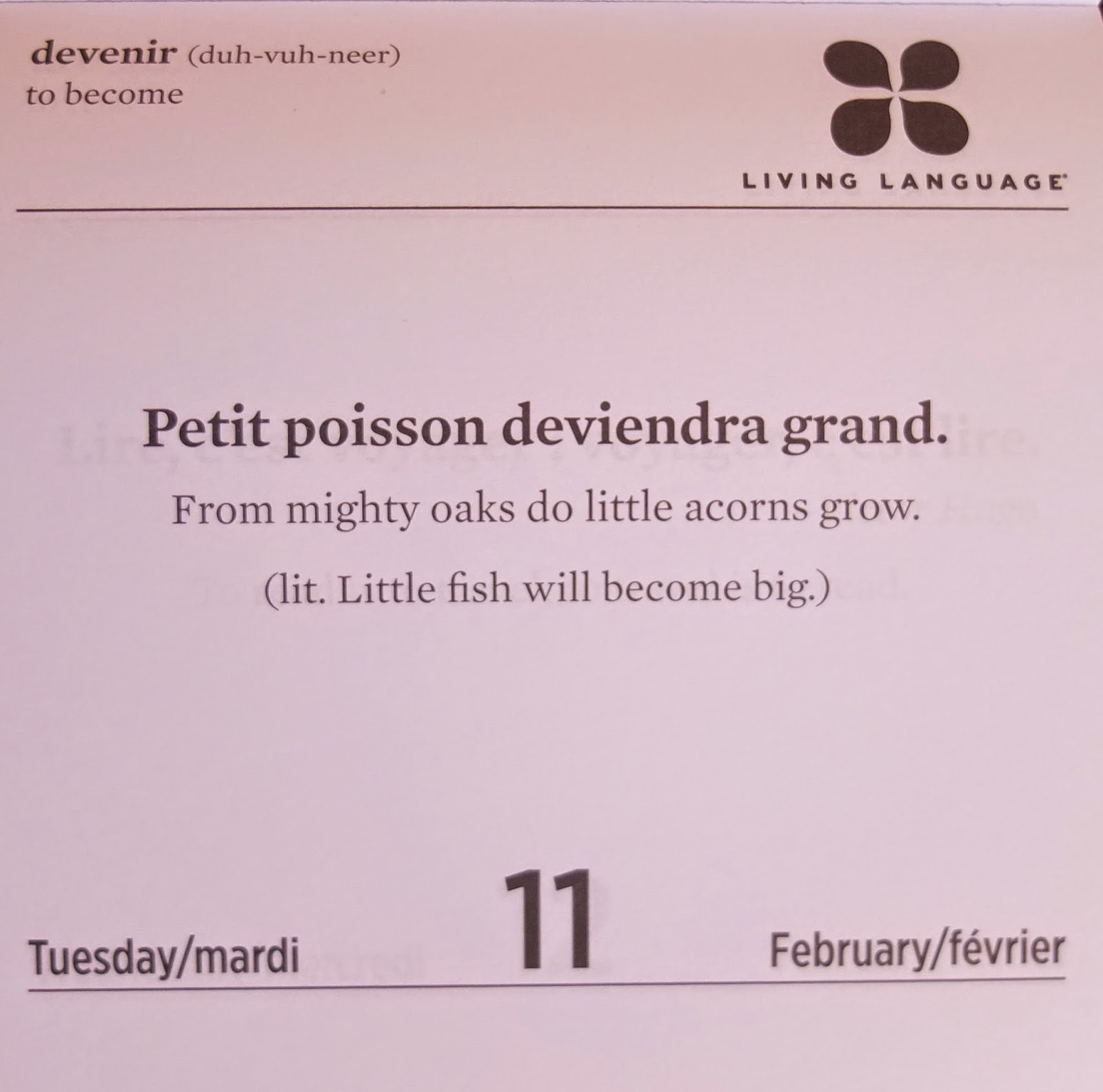 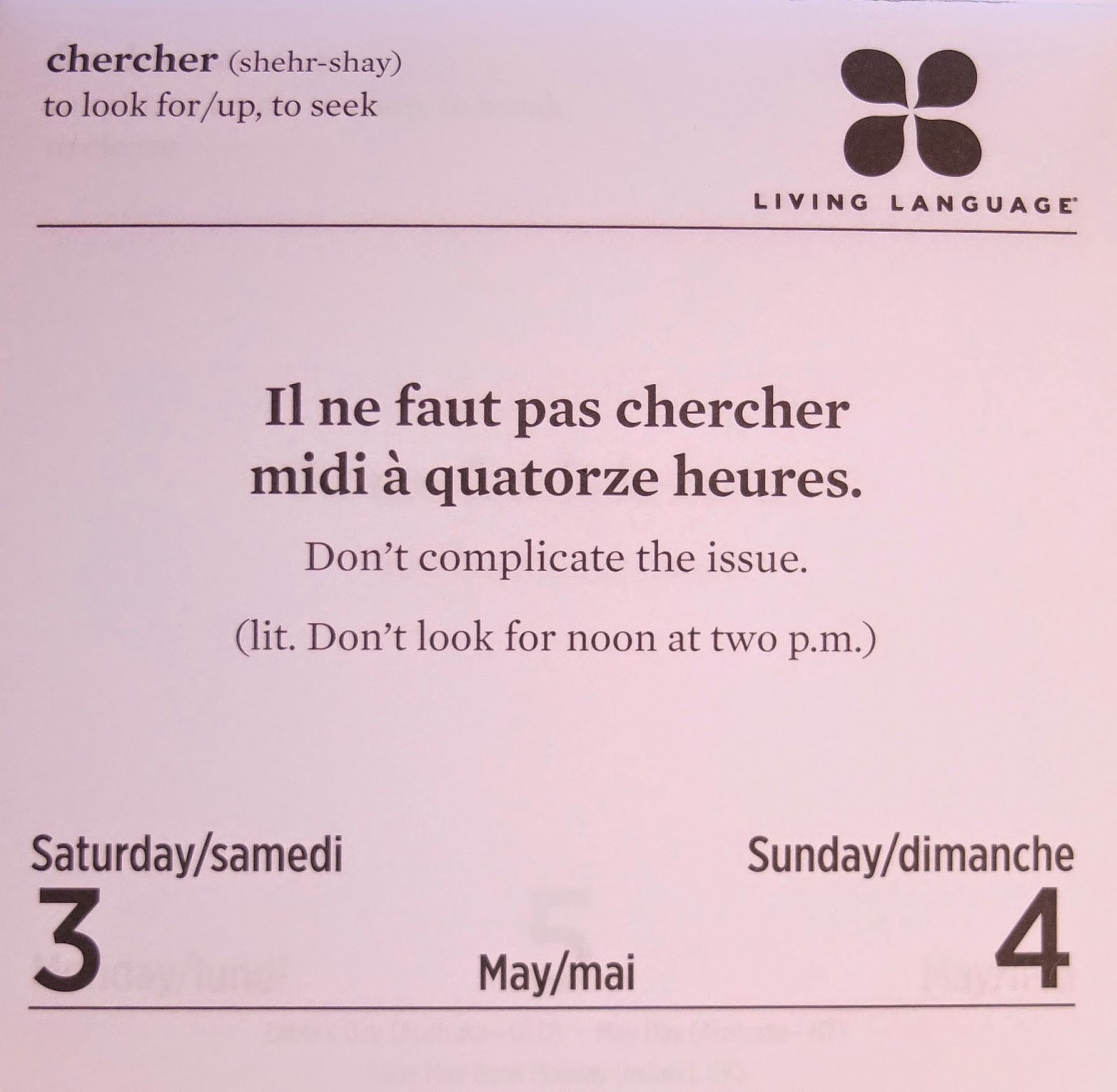 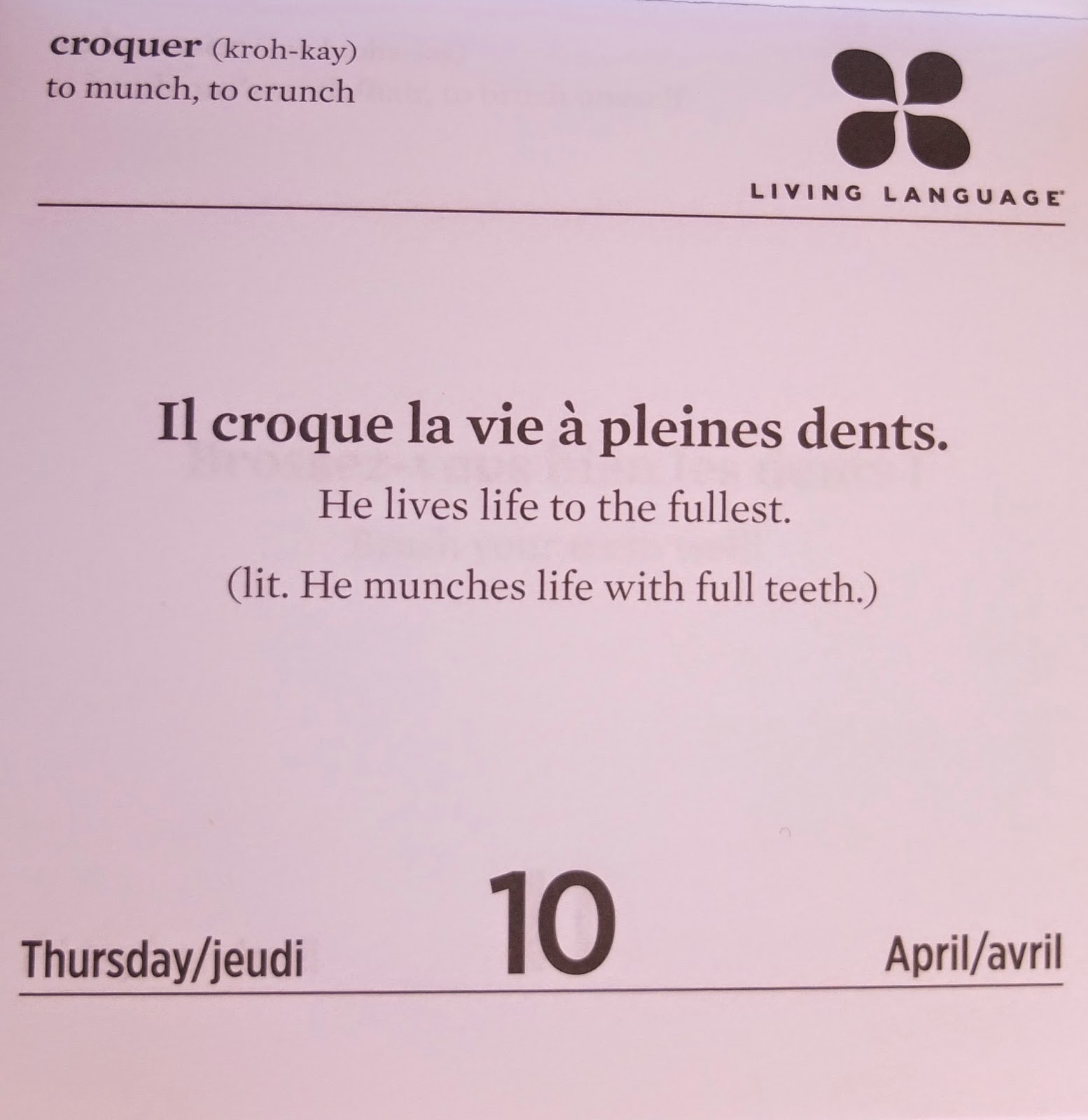 Some will make sense once you've visited Paris 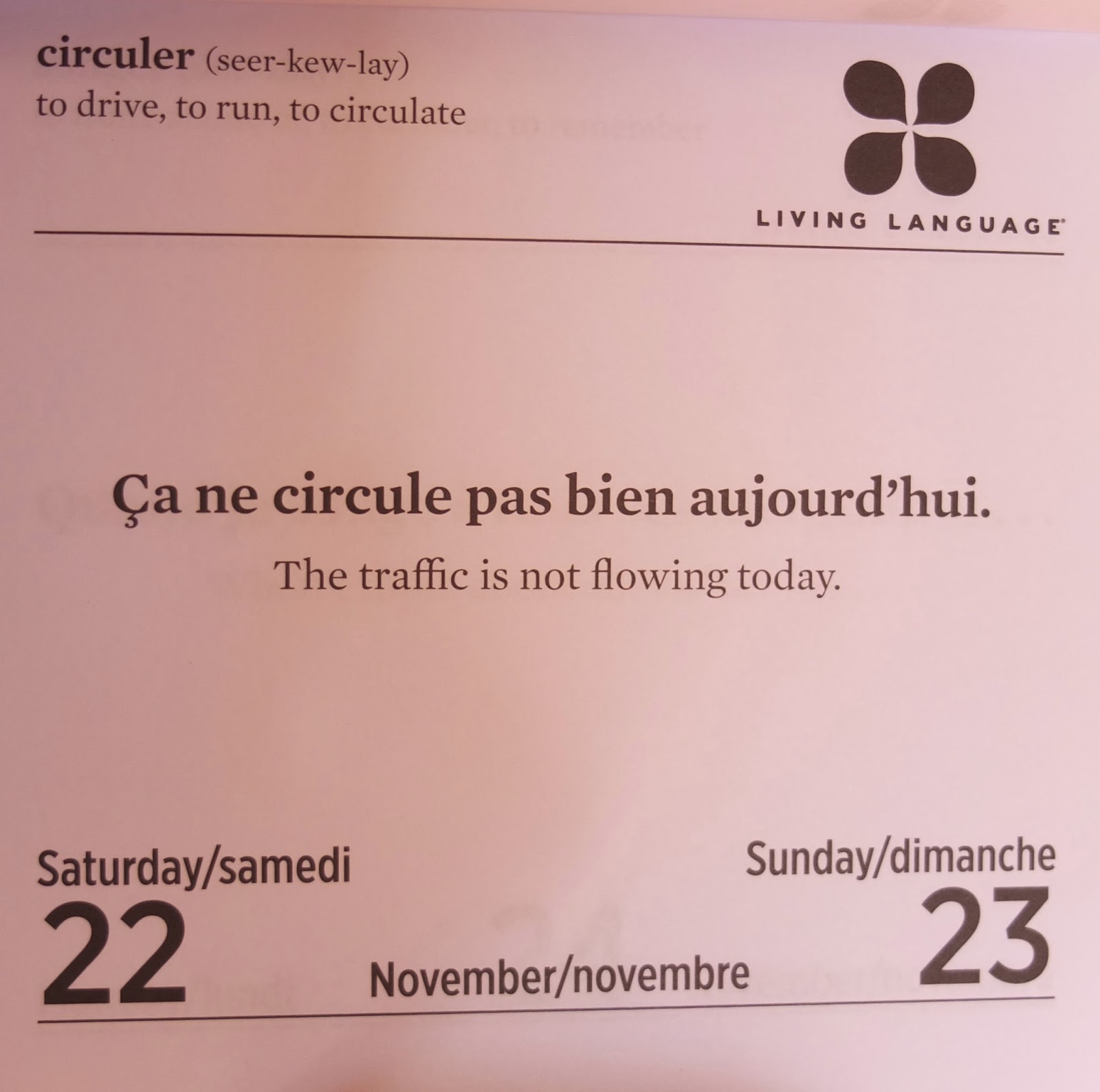 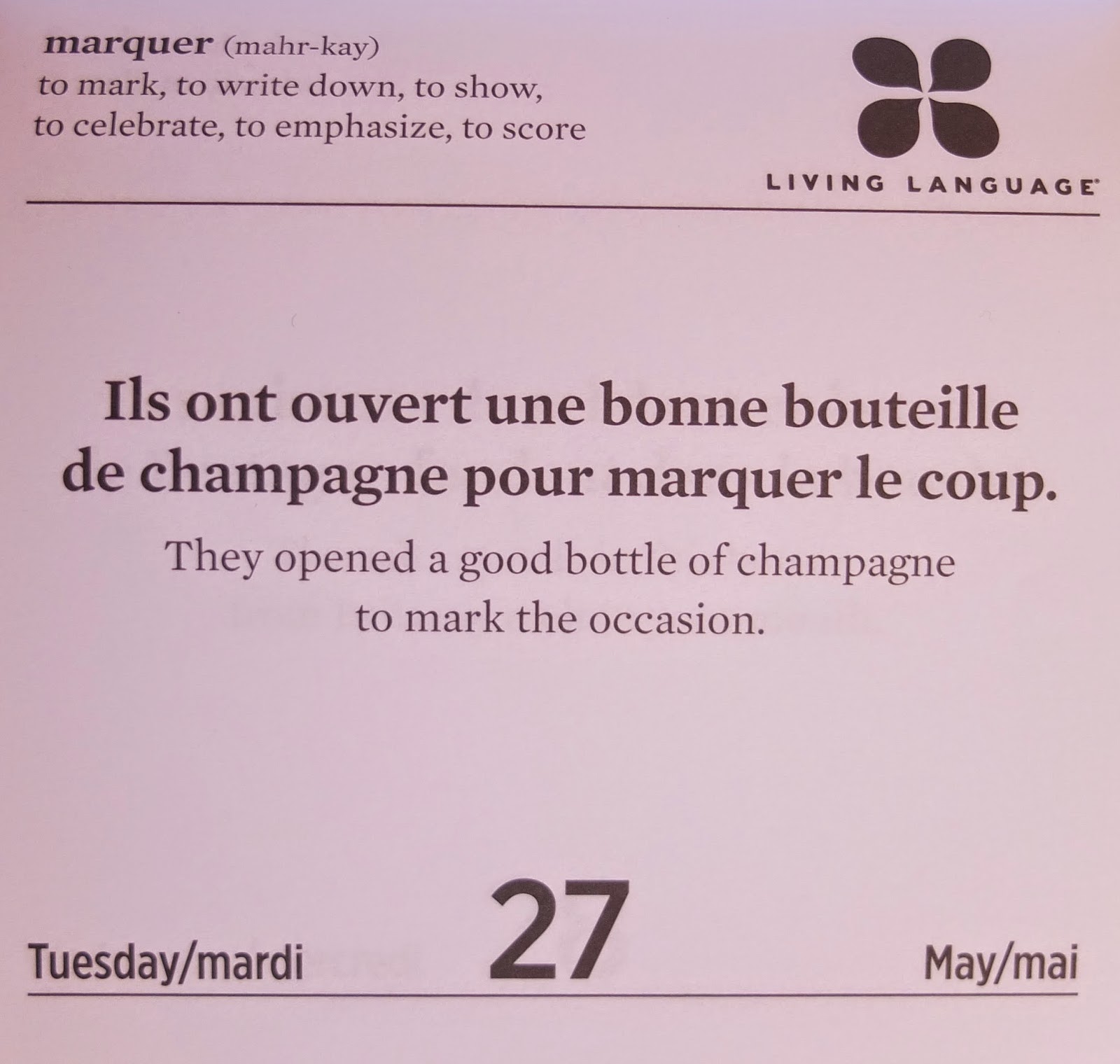 and some will seem impossible once you have. 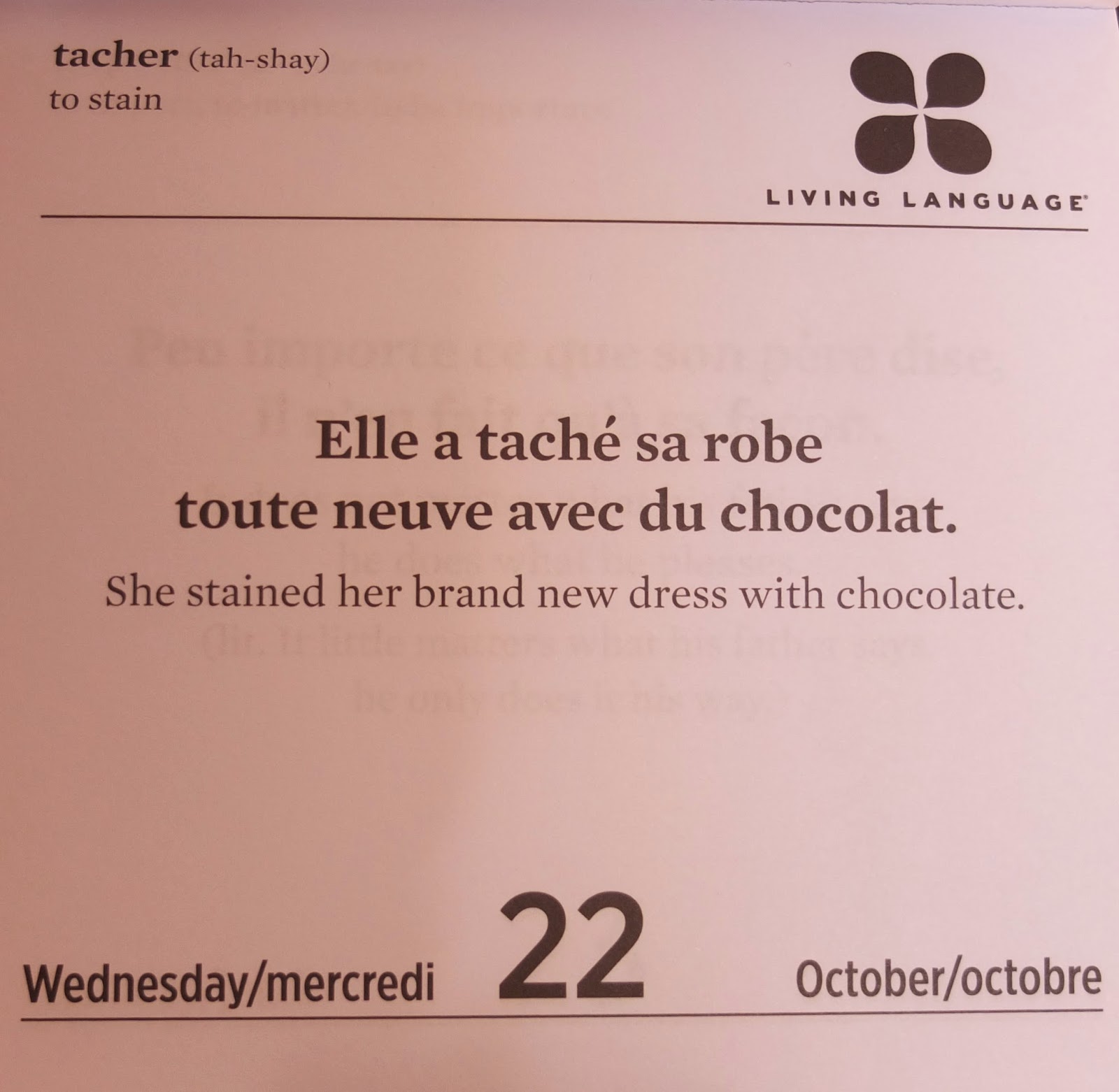 Now this one actually may come in handy. 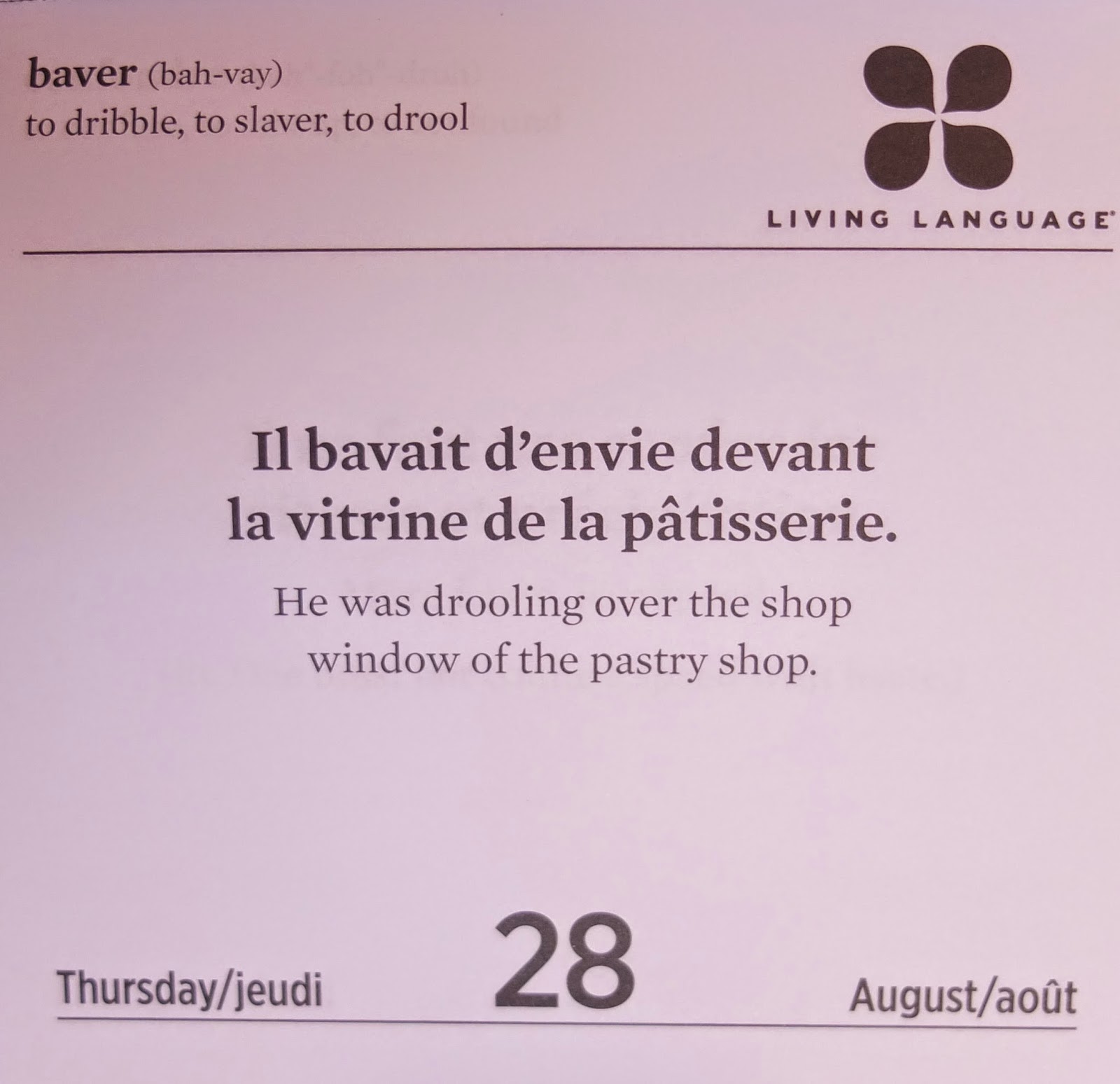 But I suspect that my favourite is Thursday November 13. 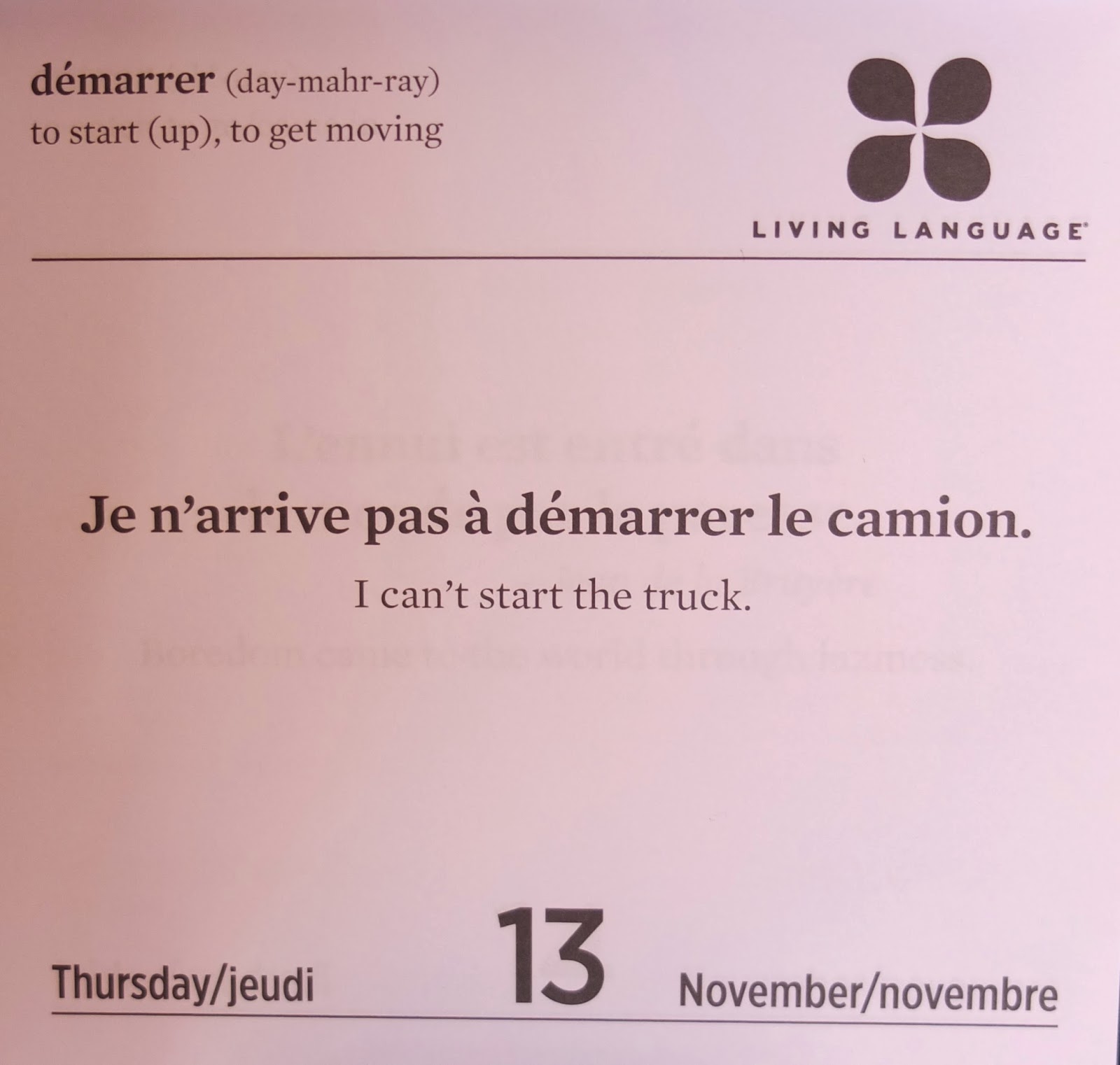 Just the phrase everyone needs! I think that if I slip that into any conversation with any random French person they will just give up and break into English. That's my current plan anyway.

Living Language French comes with a bonus CD of generally useful basic phrases and expressions. It includes more traditionally useful things such as friendly greetings, numbers, days of the week and months of the year.

My sister's birthday is next month, and, though it's a bit late for a calendar, I think I must order this for her. :-)

I think I would be so discouraged to not recognize most of the French phrases. I guess that's the point of the calendar though, to teach them to you. Idioms are definitely the trickiest in another language. Thanks for playing along today. Here’s my Dreaming of France meme

These are great; love the notion of munching life with full teeth, and raining ropes. I have a feeling I've spent my life searching for noon at 2pm!!