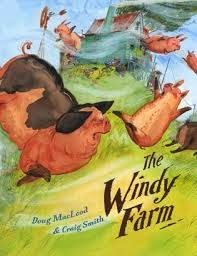 I knew that a picture book from Doug MacLeod would be special, I knew that it would be quirky and funny, and it is. I've been meaning to read Doug MacLeod for ages. I saw him speak at the Melbourne Writers Festival back in 2012, and enjoyed his dark humour and knew that I would enjoy his books when I got to read them. I liked him so much I gave him his own label, before I read any of his books. It's a shame that it's taken me two years to read him, and now all I've managed is a picture book. But heh, it's a start.

The Windy Farm is as funny and quirky as I expected it to be. A poor family live on a remote farm on a windy hill. 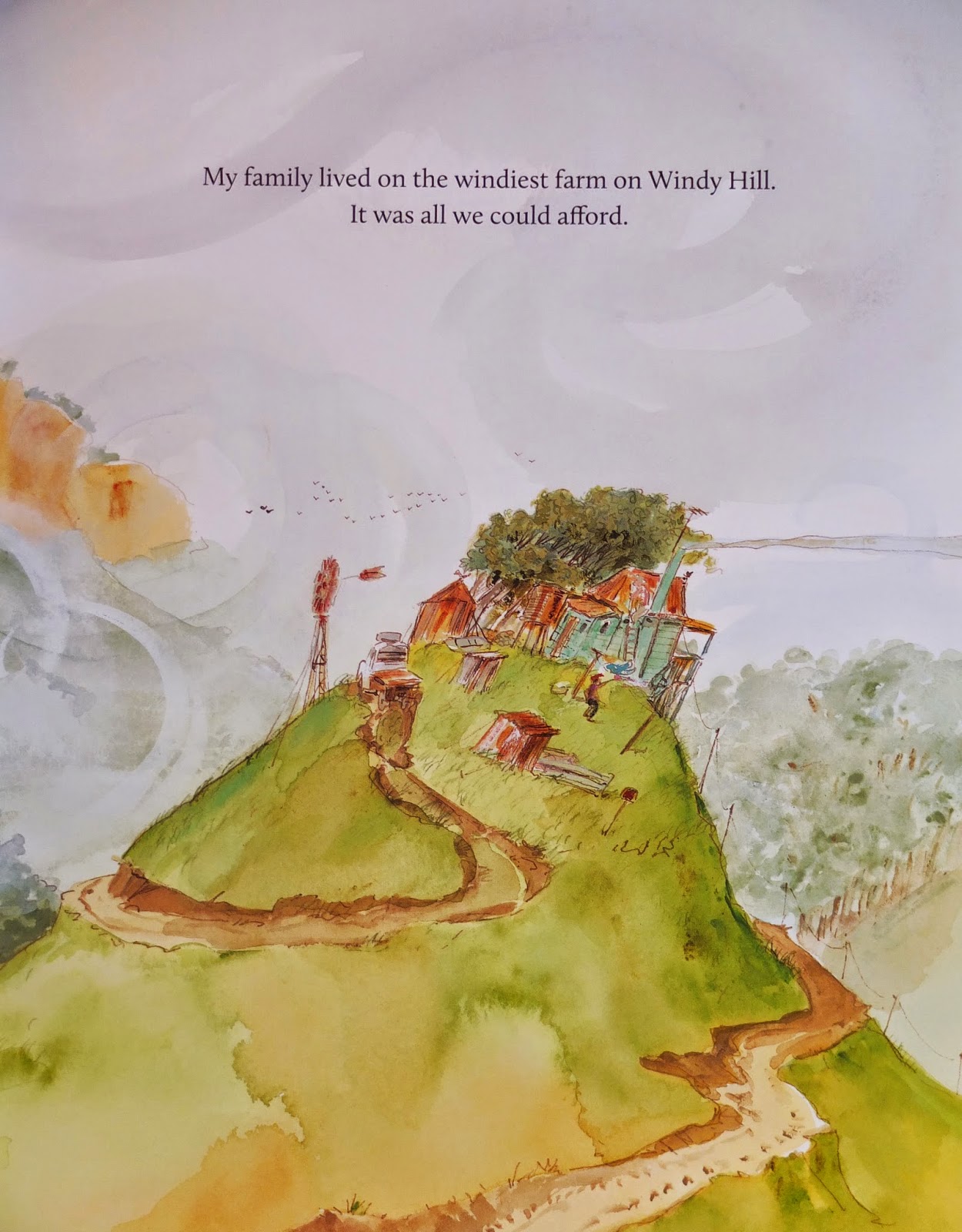 It's so windy that the family nearly blows away (except Grandad), even the pigs nearly blow away. One day half the farm house literally does blow away.

Doug MacLeod was inspired to write The Windy Farm after he visited a wind farm in Ballarat. He tells an important story about sustainability, and the utility of renewable energy in a world dependent on finite fossil fuels. He was aware that this is a subject that could become too preachy in picture book form and so wanted Craig Smith to be the illustrator, to provide humour in the pictures- and he certainly achieves that.

The Windy Farm is shortlisted for the 2014 CBCA Picture Book of the Year (winner to be announced August 15 2014).

I'm working this summer on my book orders for the next school year, so I must see if I can find this one here. Thank you, Louise.