Dinner at the Australian War Memorial

Great location. The Australian War Memorial was recently named Australia's number one "Traveller's Choice" landmark- beating out Sydney's Opera House and Harbour Bridge. I don't know that I'd agree with that, but it is a rather fascinating place to visit. 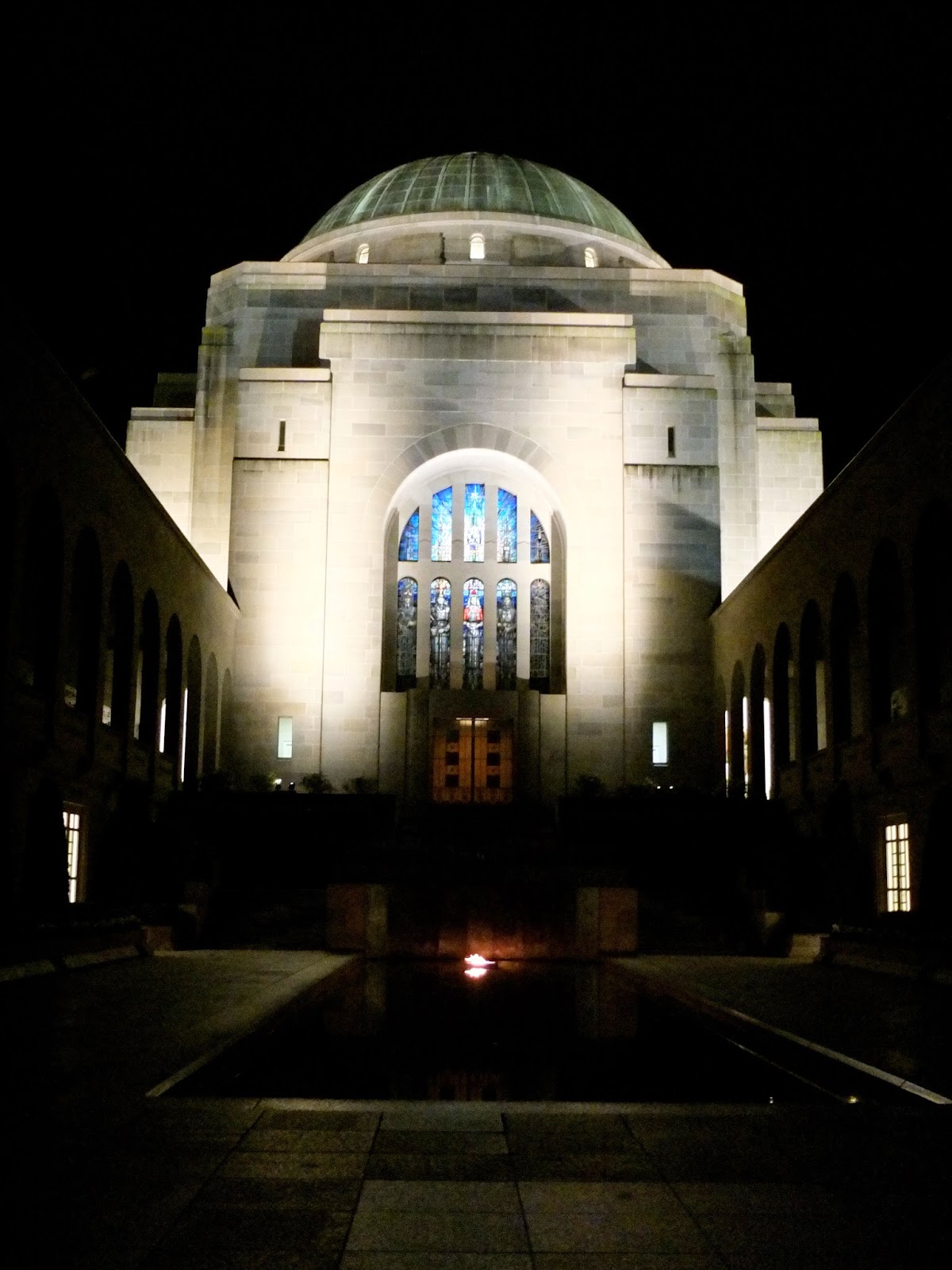 We didn't get time to do a tour, but there was already a display from Anzac Day this year, when William and Kate were in Australia, and they performed part of the Anzac service in Canberra. 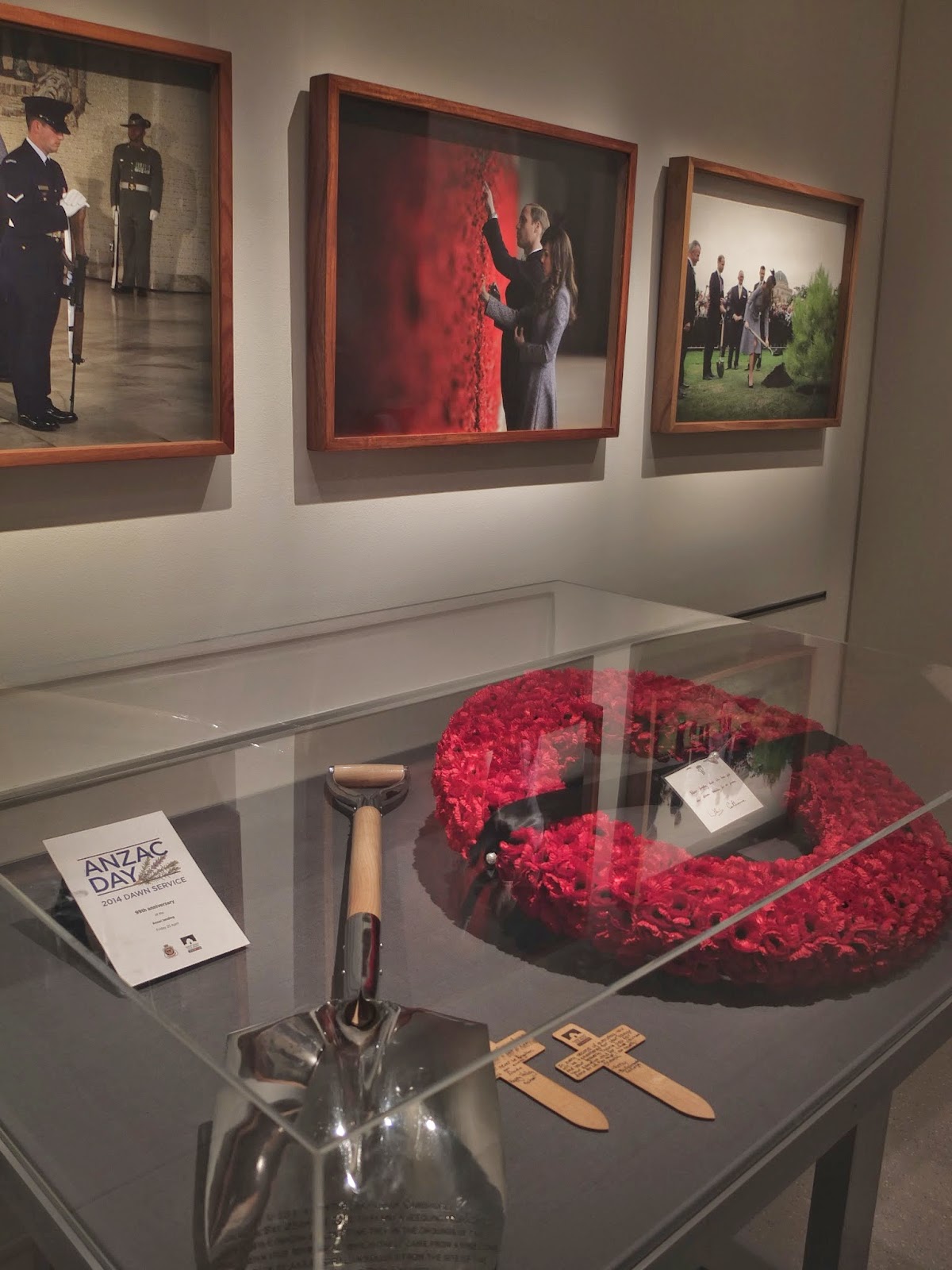 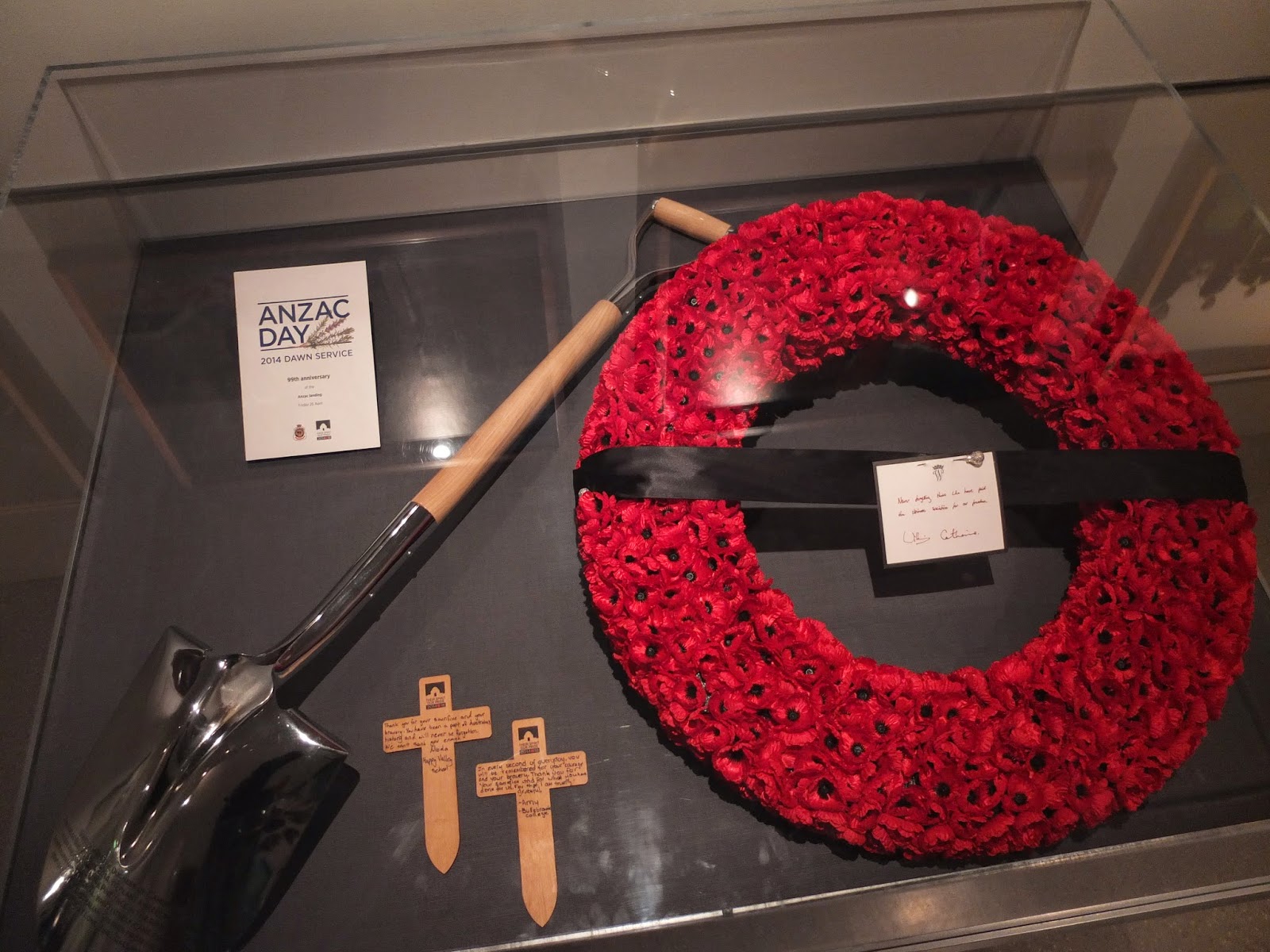 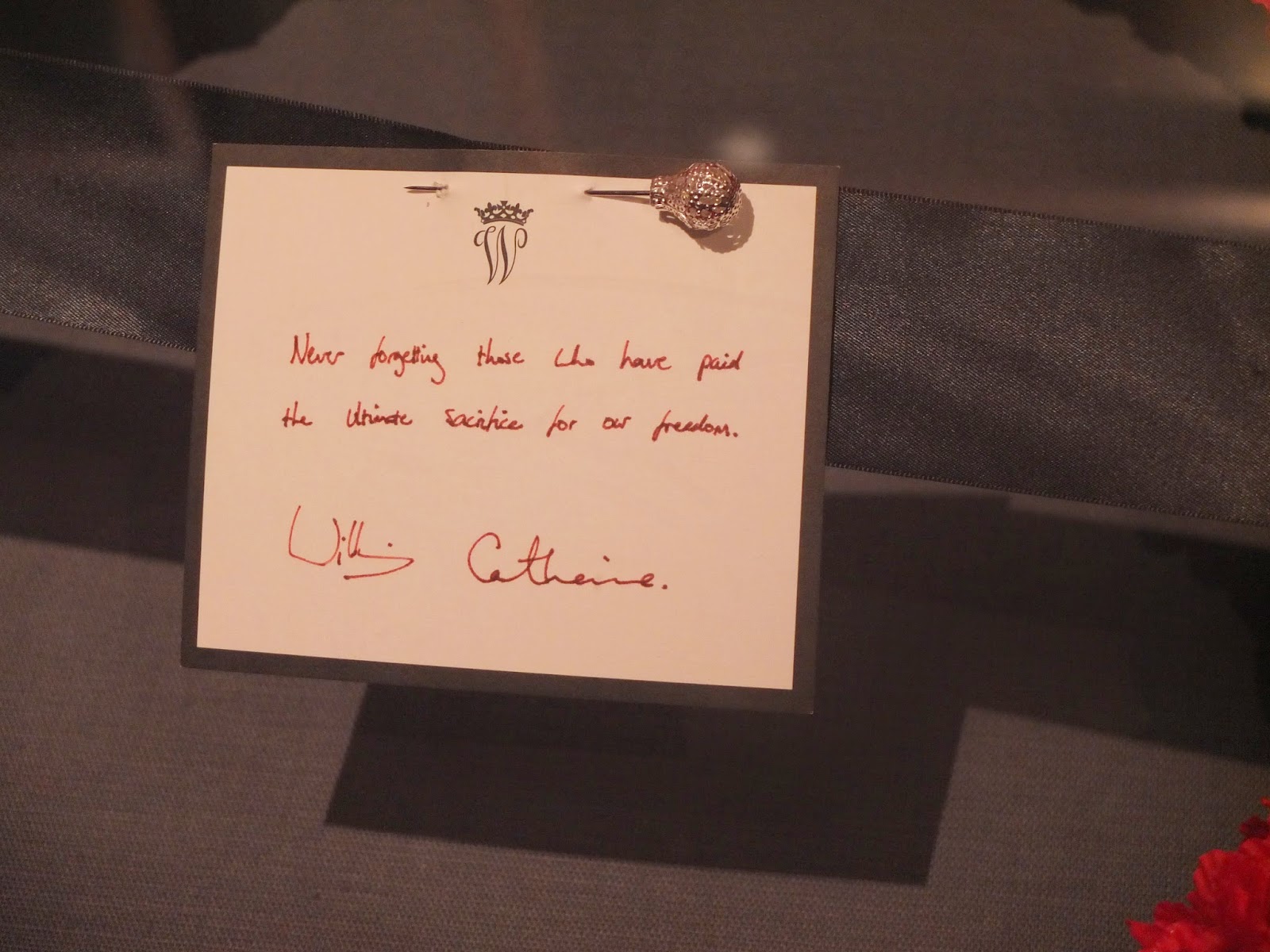 We did see a great audiovisual show featuring a Lancaster Bomber G for George. 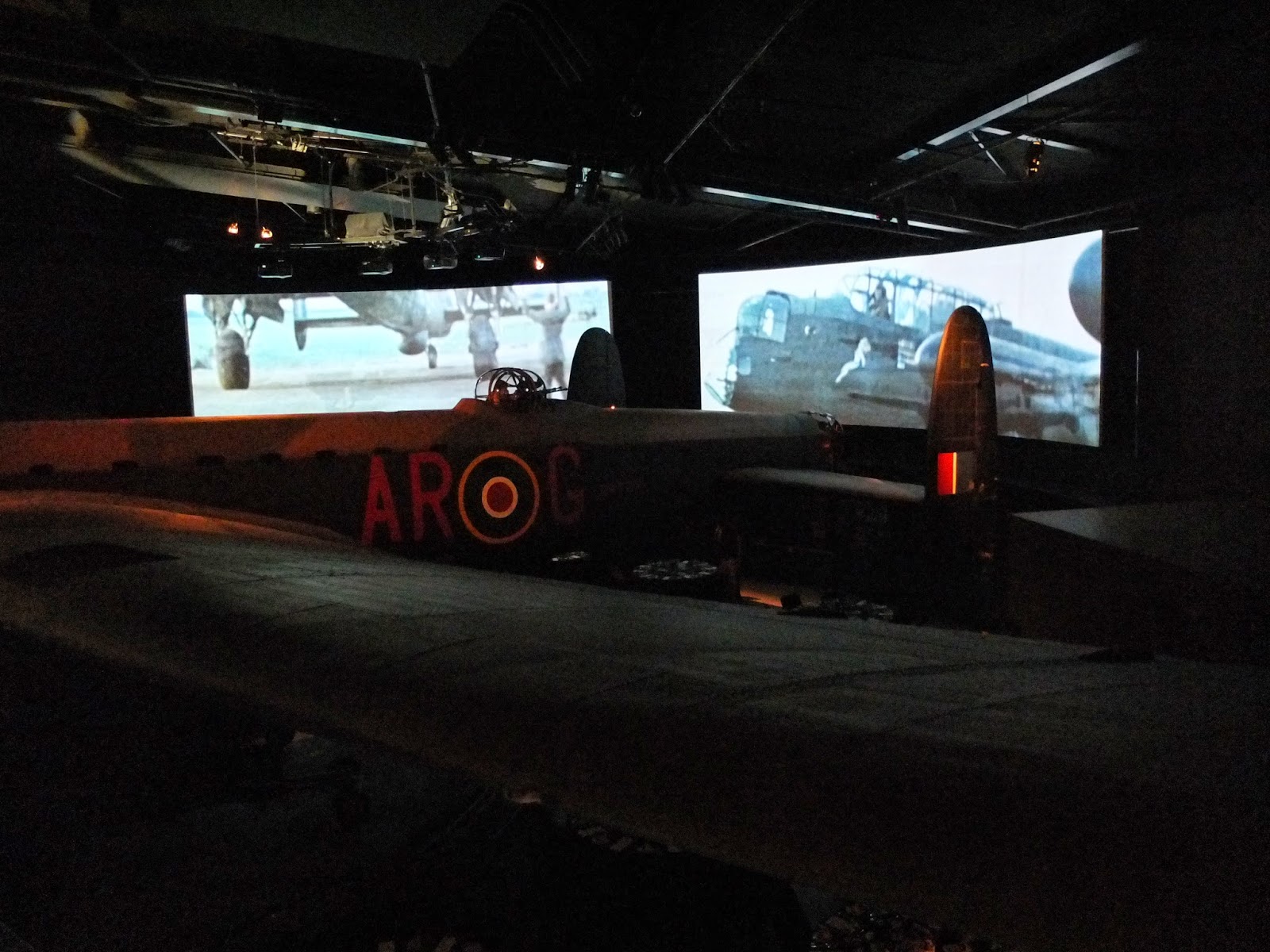 We then dined under the wings of G for George, and had a most delicious dinner which sadly it was too dark to photograph. I had great company too, with my new friends from Auckland City Library.

There were of course fantastic speakers too.


Morris only spoke briefly and then let his most recent story, Loyal Creatures, speak for him. Tim Potter performed the theatre piece that became Loyal Creatures- an Australian response to the theatre production of War Horse. It was sensational. There was not a dry eye in the house at the end. 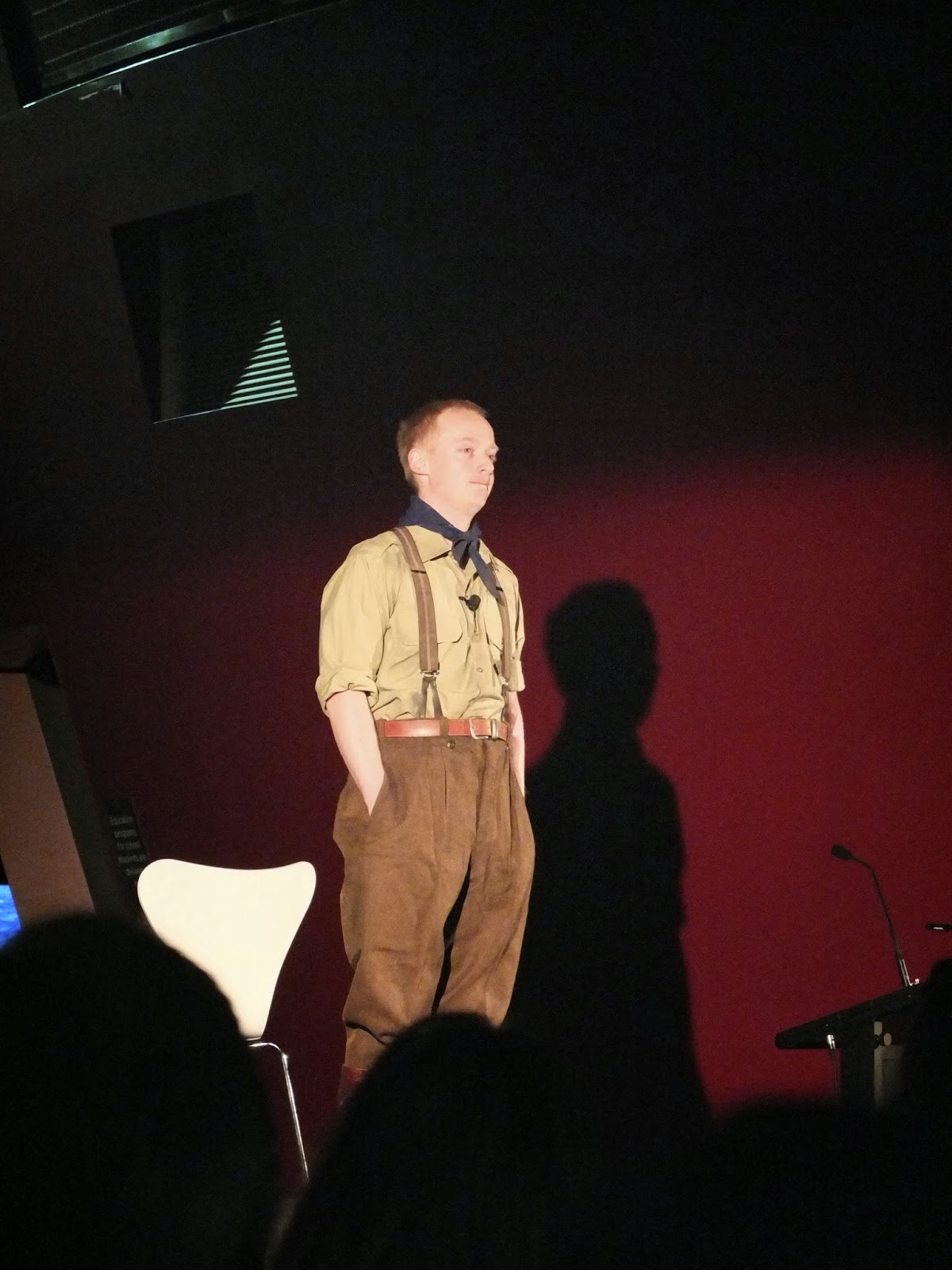 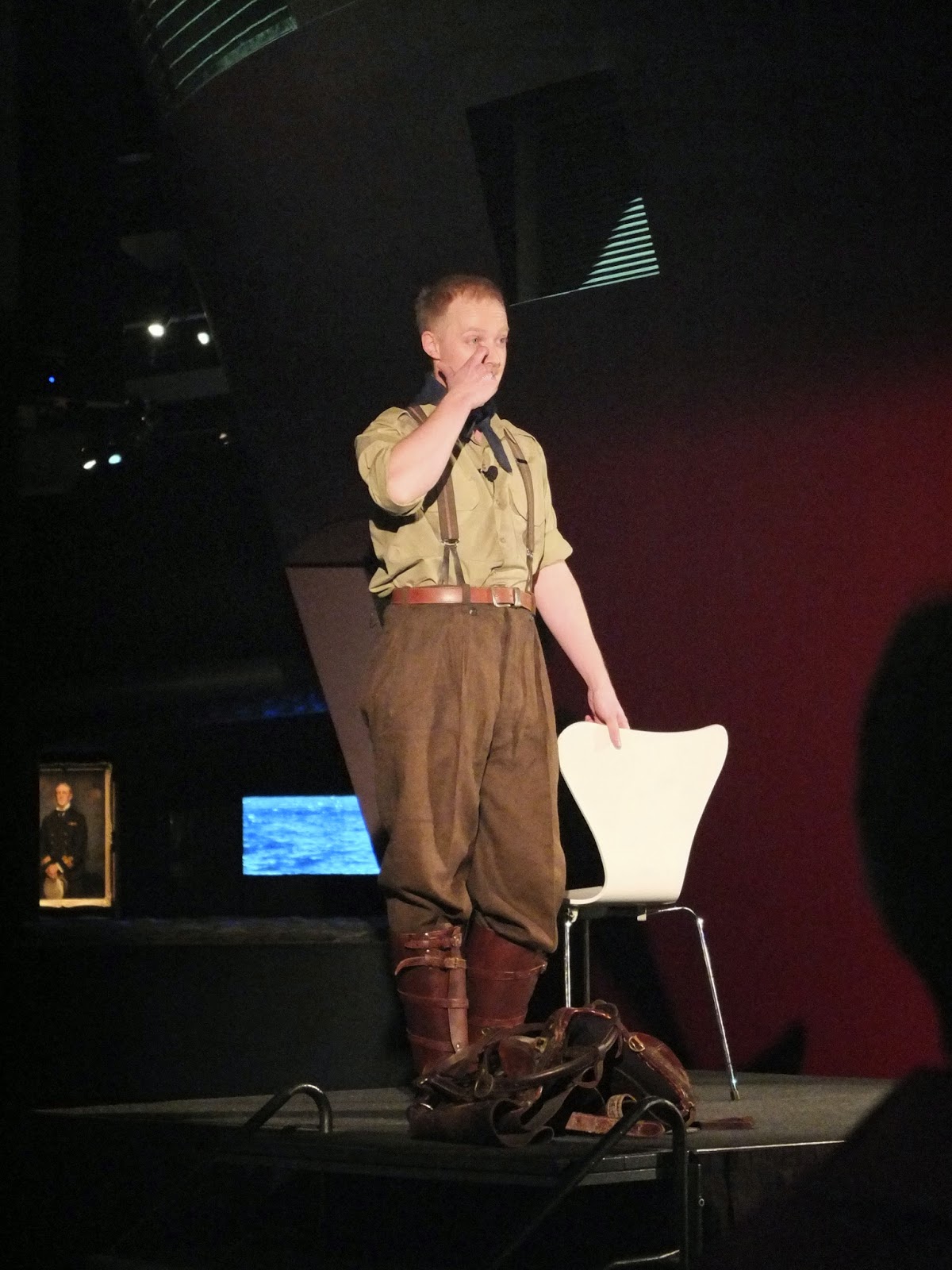 I didn't know that they held functions at the War Memorial. Did it feel a little bit strange having it there?
I haven't been to the War Memorial in years and years. My husbands grandfather was a war artist (sculptor) and some of his work is there.

I'm a major history buff, so I love the War Memorial and would be one of those people voting it the best tourist attraction in Australia (my stepsons on the otherhand...!)

How did you score an invite to this (if you don't mind me asking)?

I didn't know either Janine until I got the conference program. They were pretty well set up for it, I suspect that they do quite a few functions there.

I haven't been there for ages either, if I go again, I'll have to try and find some of your in laws work. I remember seeing one of his sculptures in Melbourne.

Brona, it was just part of the CBCA Conference. You can just pay your money and go along. They're biannual, and fantastic. The next one is in Sydney in 2016. I'll be there- you should come too. I should go back to the AWM sometime, I haven't been properly for a decade or so at least.

The Loyal Creatures performance is amazing. I know it's been done around and about as promotion in bookshops and such- perhaps you could get one?

Maybe I can save my pennies and make it to the CBCA conference in 2016....

Your excellent photos and description led me on an Internet search for more information about Anzac Day and Peter Corlett (Simpson and His Donkey). Very interesting! It sounds like the CBCA conference was worthwhile and in a lovely setting.
Here's the link to my Saturday Snapshot post.

Excellent pictures, I always like going to see war exhibits and such. I think it's so important to remember things like that.
Thanks for stopping by my SS :)
-Kimberly @ Turning the Pages

Great photos! I didn't know they did events either. It's impressive that it got the nod for top attraction in Australia considering that Sydney is easier to get to for many tourists. I love the War Memorial in Canberra and believe it is probably one of the best in the world and is even better than the one in D.C.

Great pictures! Thanks for sharing!