I've been trying to learn French for thirty something years. Ugh, it's rather terrifying when I put it like that - especially given my current level of ability. But then just recently Facebook has told me that Attainable Goals Are Key anyway. 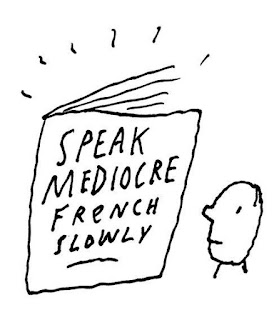 So maybe I've already made it?

Possibly, but I do like to keep plugging away. I have a few favourite sources of French news that I try to use, watch, listen to each week to keep improving, or at least not regressing particularly badly, and to know what's going on in France. French news is a great way of hearing French regularly, particularly when you live in a rather Anglophone part of the world.

Australians are especially lucky to have SBS (Special Broadcasting Service), our multilingual broadcaster. My favourite is 20 Heures, a weekend news broadcast (also available on the France TV website). I record the Monday broadcast here because the rather delightful Laurent Delahousse is usually the presenter. 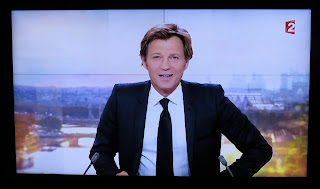 He made all the Brexit stuff seem much more interesting. 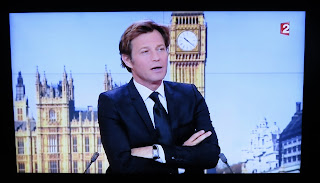 Sometimes it gets rather difficult to follow whatever he may be talking about. But it does make the ironing fly by. 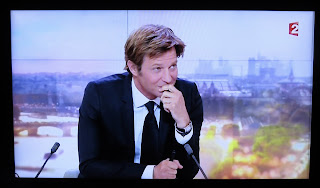 It's really interesting to see news from another country's perspective. The report on the Eurovision final was all about Russia, Ukraine and France. 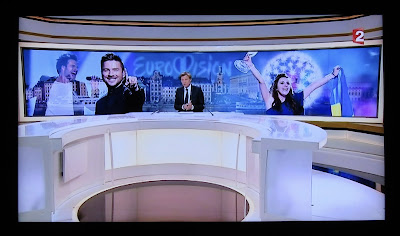 Australia came second, which was a phenomenal result, and while we did rate a mention, it was all gone in but a moment. There is much more news about Africa than we see here in Australia (i.e. essentially none). 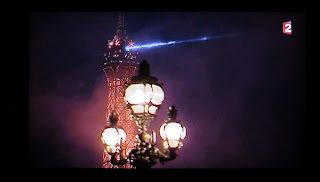 Another recent story highlighted Bateaux-Mouches, their history and they seemed to be making some new boats. I've done a few trips on the Seine now (a Paris must-do) and the last time we used Bateaux-Mouches - it was fab, and lovely to be reminded of that trip just by watching the news. 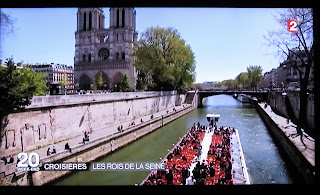 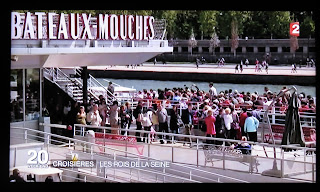 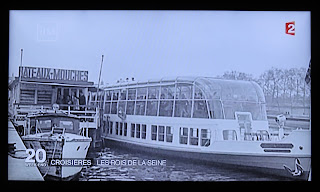 Some problems are the same the world over. There was a recent story about a dog refuge, and I learned that 100, 000 dogs are abandoned in France each year. Some stories are particularly French. I remember one story about policemen and chickens a few years ago, I still don't know what it was actually about. Some of the mysteries of language and culture will always remain secret.

I also often listen to a radio news broadcast on SBS. It's on four times a week - Mardi, Jeudi, Samedi and Dimanche à tries hears, also online at any time. I hope these are available outside Australia, but am not sure if they are.

For some reason I tend not to use French online newspapers, like Le Monde or Le Figaro, or even Le Parisian or 20 minutes (that devil of no time again I suspect).  There are lots of English language news services that report on French news. France24. The Local. They're good too, but it's better fun to bat on in French I think.

News in Slow French is a weekly subscription service that I've used a few times, but not as often as I'd like. They offer a weekly episode with an annotated transcript. It's very handy to be able to read the transcript and listen to the audio simultaneously. You can listen to snippets of it free online, but need to subscribe to get the full episode. If I had more time available I'd really like to try a subscription.

What are your favourite French language news services?

Sounds like a good way to improve your French. News are always good because they tend to speak in a rather clear and dialect free way. To watch films or Tv-series are more difficult. Maybe I will try the same when doing the ironing. Thank you for the tip.

Louise, Great ideas for practicing French -- especially the listening part. The SBS site comes up for me, but it didn't allow me to play the recording. I went to the 20 Heures site and it worked though. Thanks for playing along with Dreaming of France. Here’s my Dreaming of France meme

The most helpful thing I ever learned while studying Spanish for a cazillon years was to just to go ahead and speak badly. We must do this, Louise, if we are ever going to live in France in our old age.

But you are in France, Madame said...

Hi, I've not come across news in Slow French before. Thanks for the link.

'Speak Mediocre French Slowly' is perfect... I wonder if that was actually the textbook I had. I find it takes a longer immersion in France to get my 'ear' in, but as I have got older I have become a lot less shy about making a fool of myself. The poor French. ;-)

rfi.fr has broader written news, plus unlimited reading, not like lemonde.fr where you can nly read 12 or so a month, unless you pay. Otherwise the JT on tf1.fr