Australia is in the midst of a divisive, completely unnecessary and non-binding postal vote on whether we should adopt Marriage Equality. (You may guess from that opening that I voted Yes. Yes I did) When I was in Melbourne recently for Melbourne Writers Festival 2017 it was in the lead-up to the ballot being mailed out.

I was rather astonished, and very pleased, at all the widespread support in Melbourne for the Yes vote. Marriage Equality doesn't need to be divisive. The Yes vote can bring together church and state (well, city). 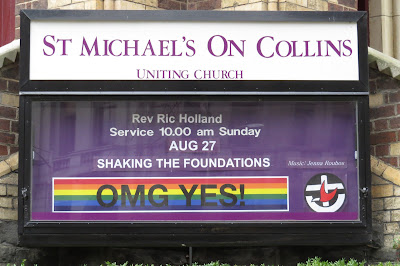 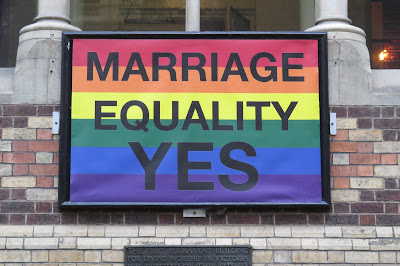 The City of Melbourne supports Marriage Equality night and day. 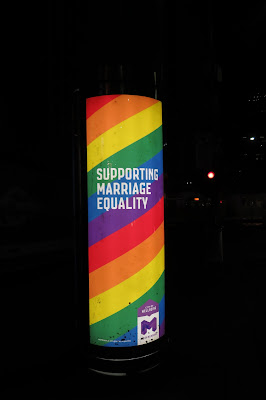 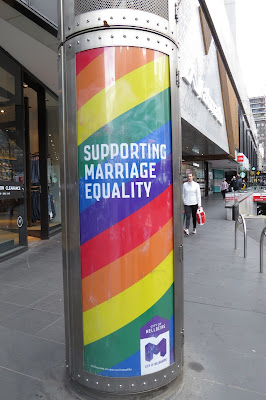 Lots of businesses were supporting the Yes vote. 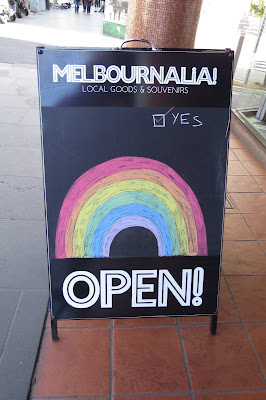 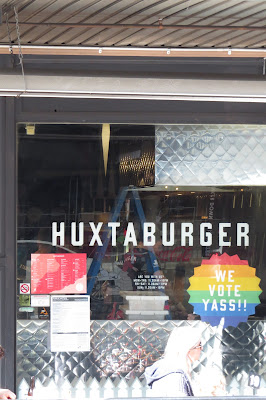 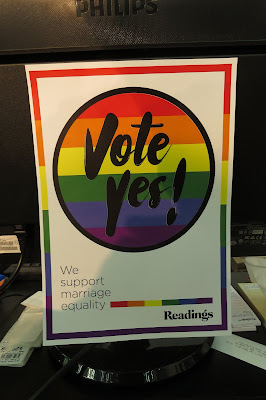 The people, the community support Equality and the Yes vote. 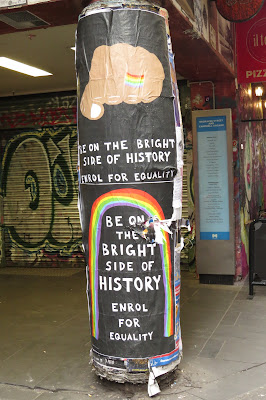 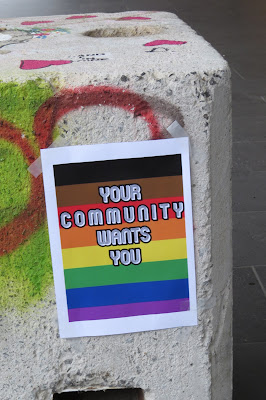 In amongst this rainbow of support I only saw the occasional dissenting No. 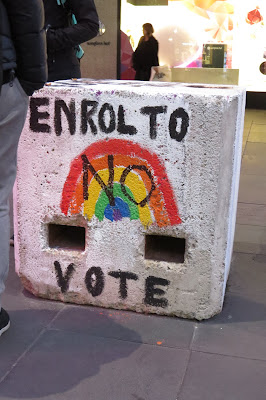 Nice to see a church in support. Too many aren't. I voted yes too. Like you, I think this whole business is absurd and would have loved to boycott it, but this would only have played into the hands of the No brigade and let down my gay friends. Two of them have had partners for years. One couple is like an old married couple, except that they can't. It infuriates me! My vote may not help, but at least they won't be able to say it isn't wanted - not because of me, anyway.

The Hobbit: A New Edition

Interesting. I think in the UK we think of Australia as being more progressive. I don't really get the point of a non-binding vote, but would be interesting to hear the result.

It seems so silly to me that people are opposed, but I know even to bring it up here where I live....

This is not the world I imagined when I was a child.