Whenever readers go away the first thing we always do is pick our holiday TBR. We do this long before thinking about what clothes or other sundry items we might need to pack. Even if we're going to a readers festival, where we absolutely know that we will buy more books, we pack books to take with us. 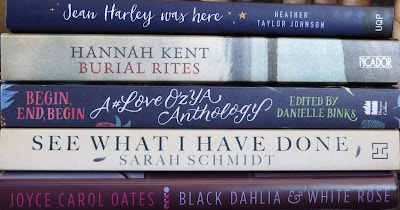 A mere five books. I'm getting better though. Last year I took six. And this year it was all MWF themed reads, books for authors I hoped to see. I managed to read 2.5 of them, and had 4 signed.

This year I decided to share my book buying love around Melbourne. I was also on a bit of a quest to visit some new bookshops. My recent fondness for certain corners of book tube has obviously had quite an effect on my book buying habits.

My first visit was to Hill of Content, obviously not a new destination for me. I bought two books, but one is a present, and still a surprise so not included here.

Next it was The Paperback Bookshop, a small gem near Hill of Content. For some inexplicable reason I'd never managed to darken the door. This time I did and came aware with a positively restrained three books.

Then my first visit to the Readings Festival Bookshop was similarly restrained, just two books added to my smallish stack. I had been planning to by The Hate U Give as part of my MWF purchases, and so it was this day. I wasn't expecting to buy Dark Roots, but I have a burgeoning interest in short story (especially Australian short story) and remembered that this was very well thought of. 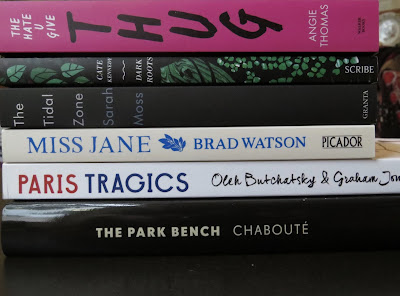 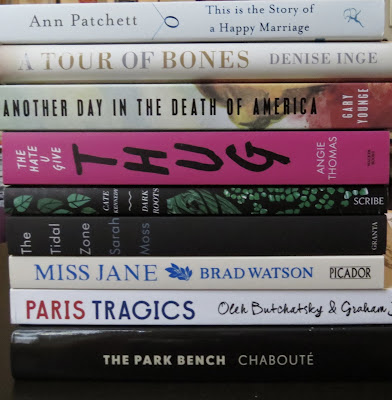 Soon after the downfall really started. I stumbled down the stairs of City Basement Books on Flinders St, a great second hand bookstore. I found some long sought after books for my 1001 quest. 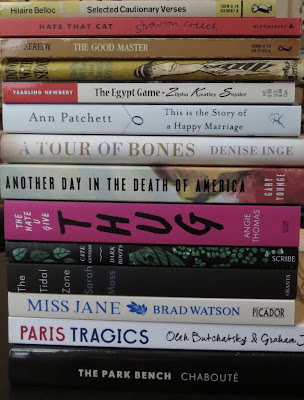 Then the next day I went back to get another six books that I had rather sensibly checked if I already owned. 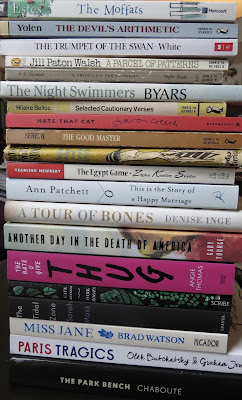 At this stage I knew that I needed an intervention. So I mailed 4 kilos of books home knowing that I still had some festival buying to go. I'd planned to buy the top three of these books, but the bottom two were a little surprise. There are of course more festival books that I will buy over time, I just won't be able to get them signed.

All was then going extremely well (I think over 24 hours had passed without me buying any books whatsoever!) and then I had two hours to wait at Central Station in Sydney. I tried going to White Rabbit Gallery in nearby Chippendale, but it was a Monday, and so they were shut. Nothing for it then and I was off like the proverbial white rabbit down the hole to Basement Books. And oh my- I did some damage... 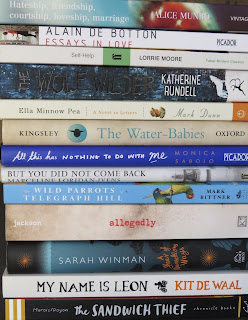 And wouldn't you know it? I got home and two books had arrived while I was away! 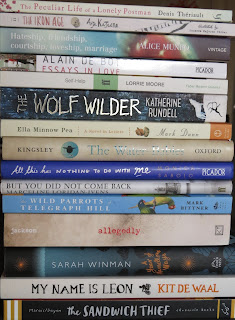 Now if you'll excuse me I've got some reading to do.

Labels: 1001, Books You've Never Heard Of But Just Have to Read, Melbourne

Oh Louise ! This post made me laugh & laugh & laugh! You are a book festival organiser's dream participant 😊😂🥇🏆📚

Thanks Brona I'm glad you enjoyed it. I loved every minute of it, and every book. I'm sure I could have squeezed a couple more into my bag- I still had 3kg of baggage allowance, although I don't think I would have been able to move my suitcase anywhere.

Oh my goodness! OH MY GOODNESS! I thought I was bad....

Oh I think we both know how to let our hair down sometimes Deb.