Jean Paul Gaultier: From the Sidewalk to the Catwalk. NGV Melbourne

On my recent trip to Melbourne I was very lucky and had time to make it to the National Gallery of Victoria for their absolute blockbuster Jean Paul Gaultier exhibition. I hadn't heard of the exhibition before I arrived in Melbourne, but I'm so thrilled that I was able to see it. It's so much more than a fashion exhibit.

It's totally amazing. Sensational even. A must see. The exhibition was created in 2011 at the Montreal Museum of Fine Arts. More than 1.3 million people have seen it so far as it has travelled the world. They have added a selection of Australian Muses to the final room for this Australian event. Melbourne is the only Australian venue for this show. Yes, it's worth a special visit to Melbourne to see it. It's that good. Rather incredibly JPG tells us at the start of the exhibition that he was initially not keen about the exhibition because he thinks that an exhibition can look like a funeral. Let me tell you, Jean Paul Gaultier From the Sidewalk to the Catwalk is not funereal in any way. It is not a static retrospective, it is more the best installation art you've ever seen. 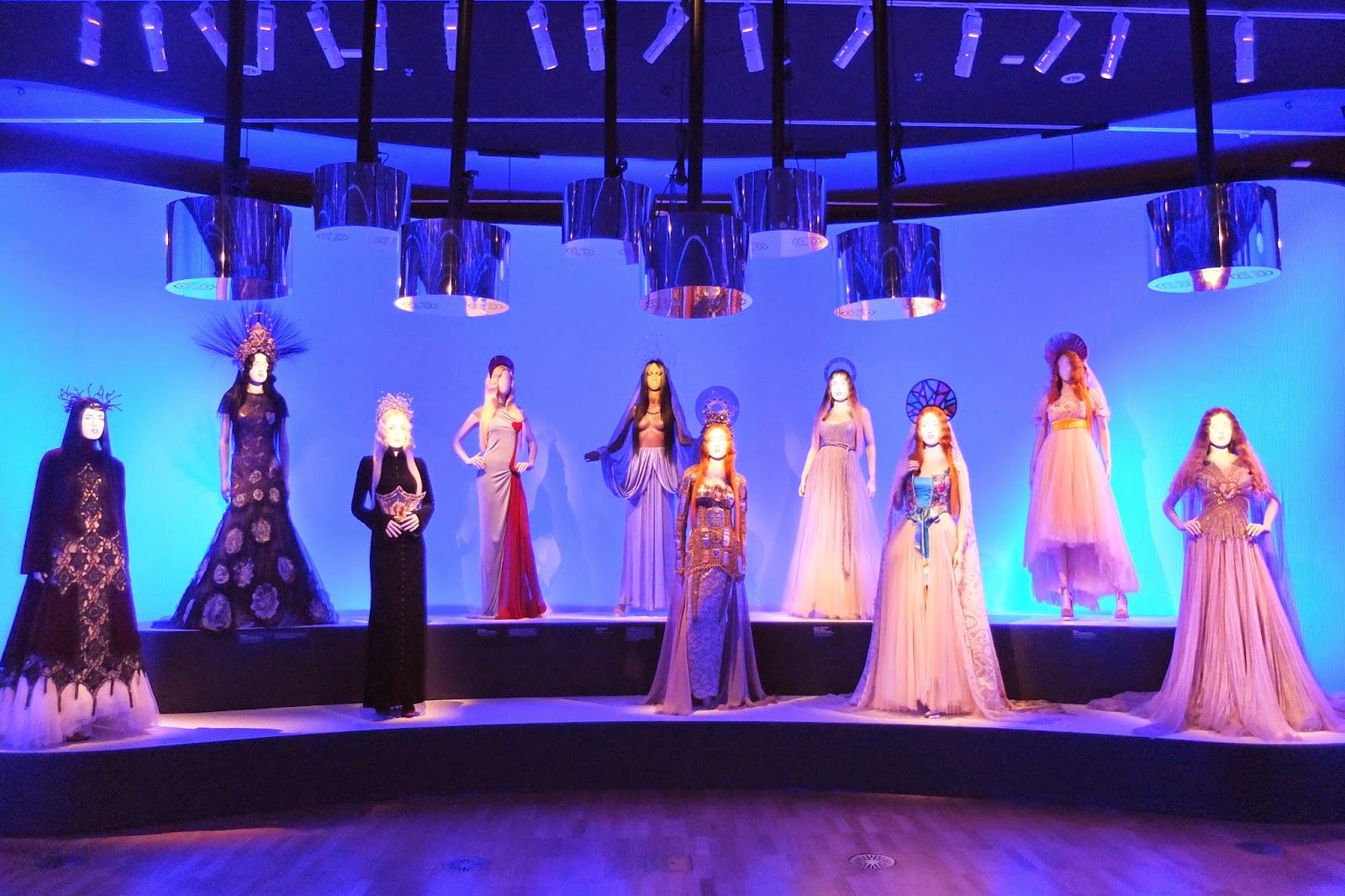 Every room is a different themed experience. The Boudoir. 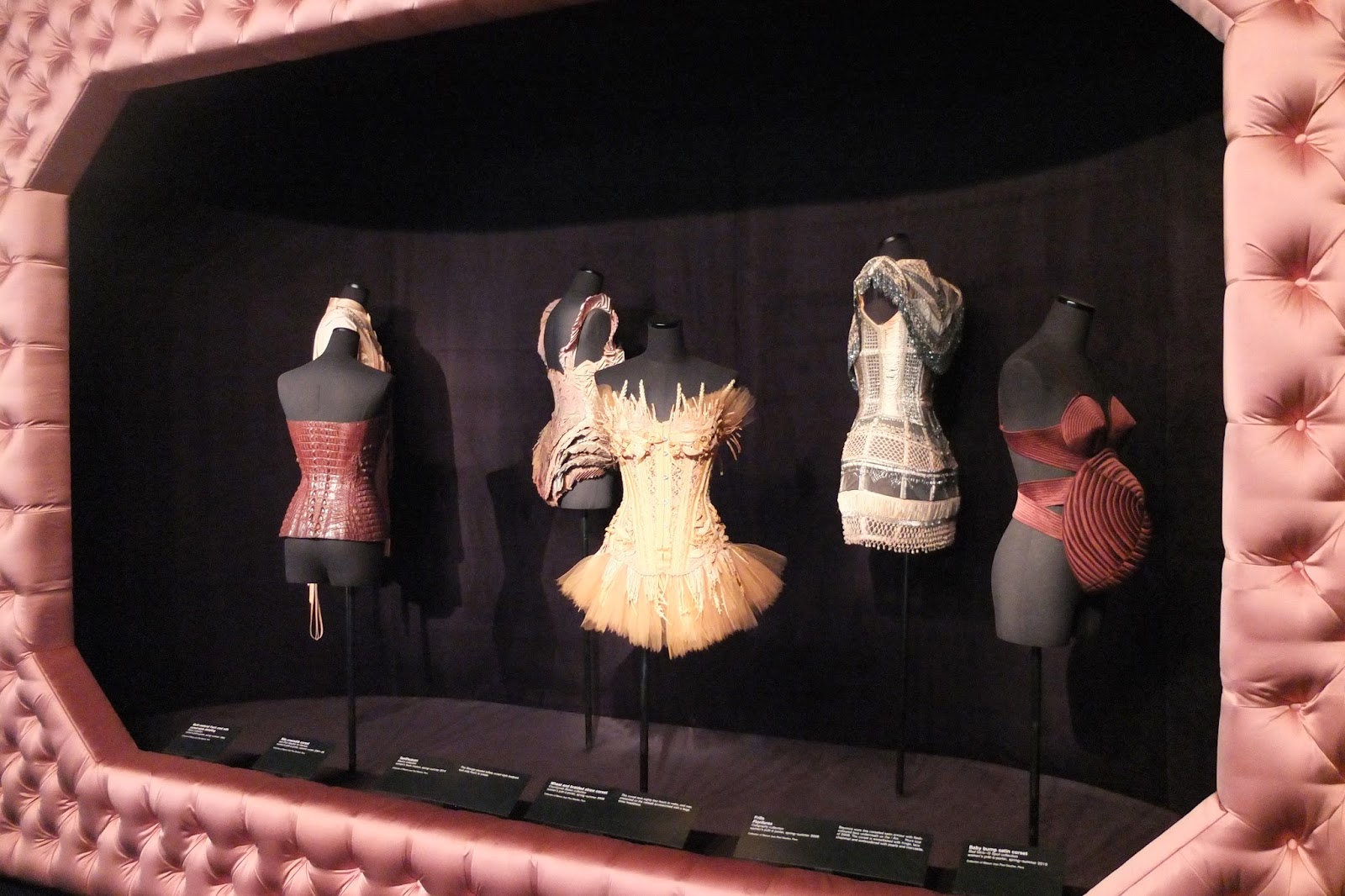 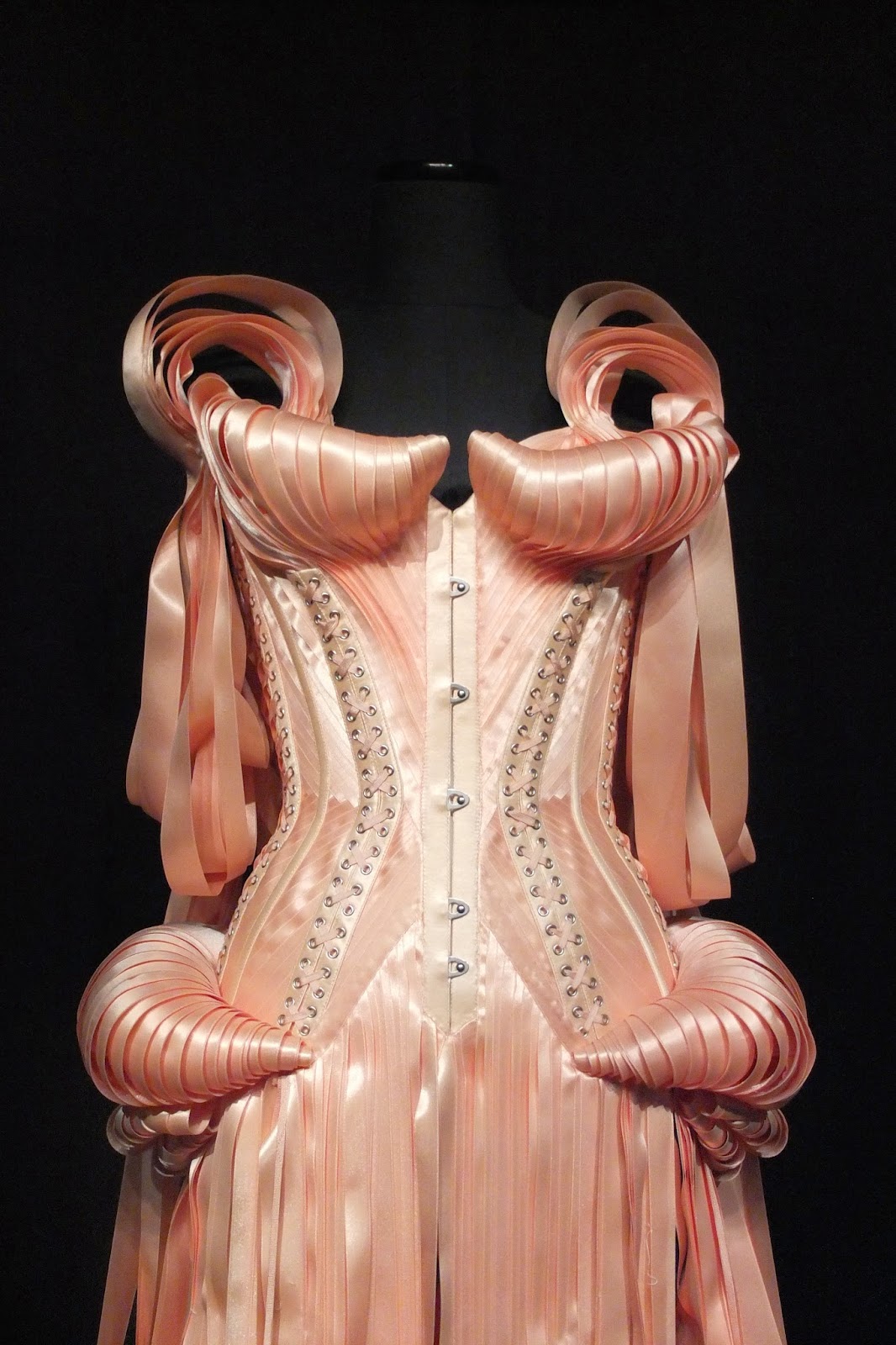 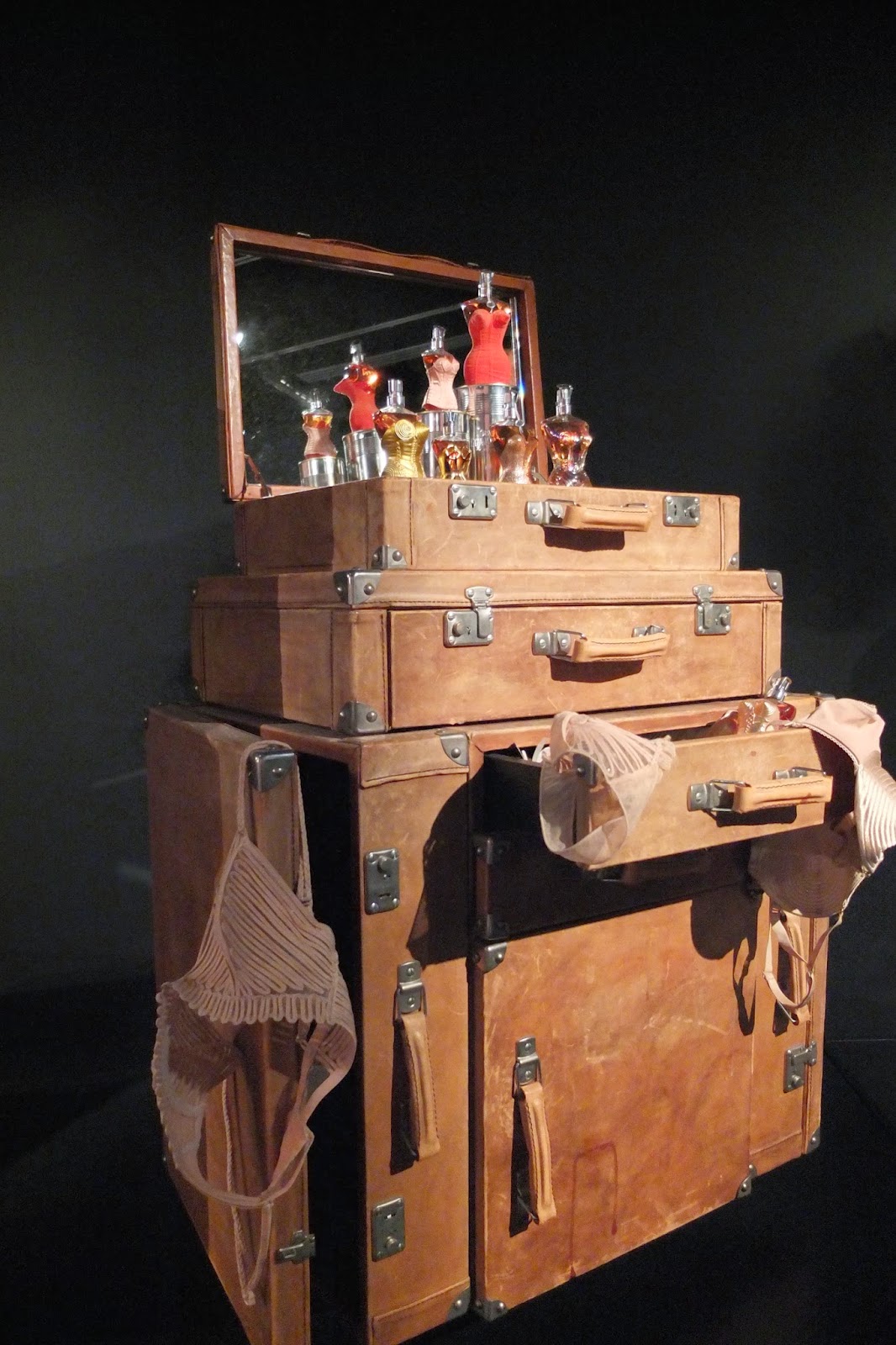 My favourite room I think. Punk Cancan. The English were the first to appreciate JPG's work. 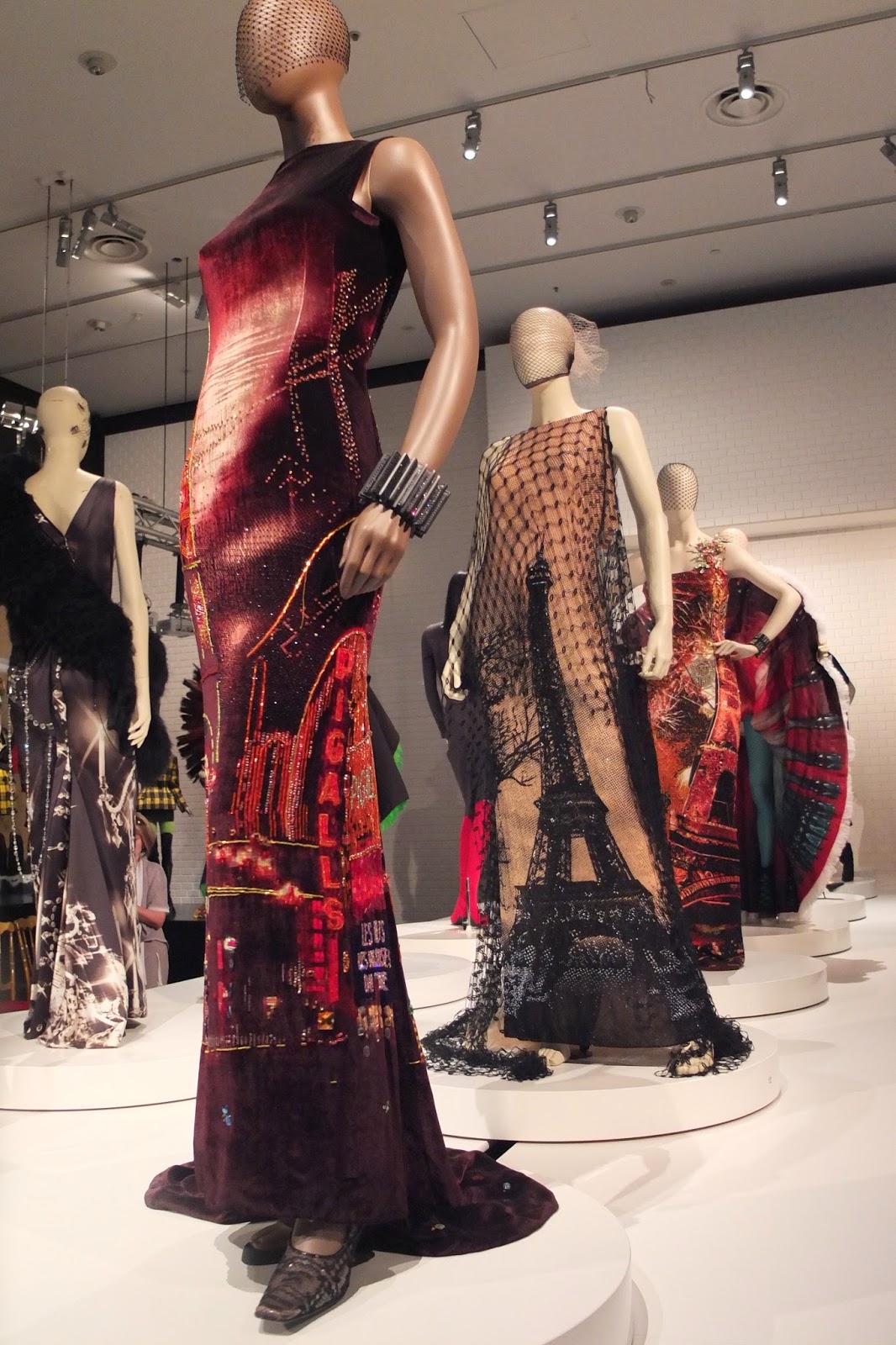 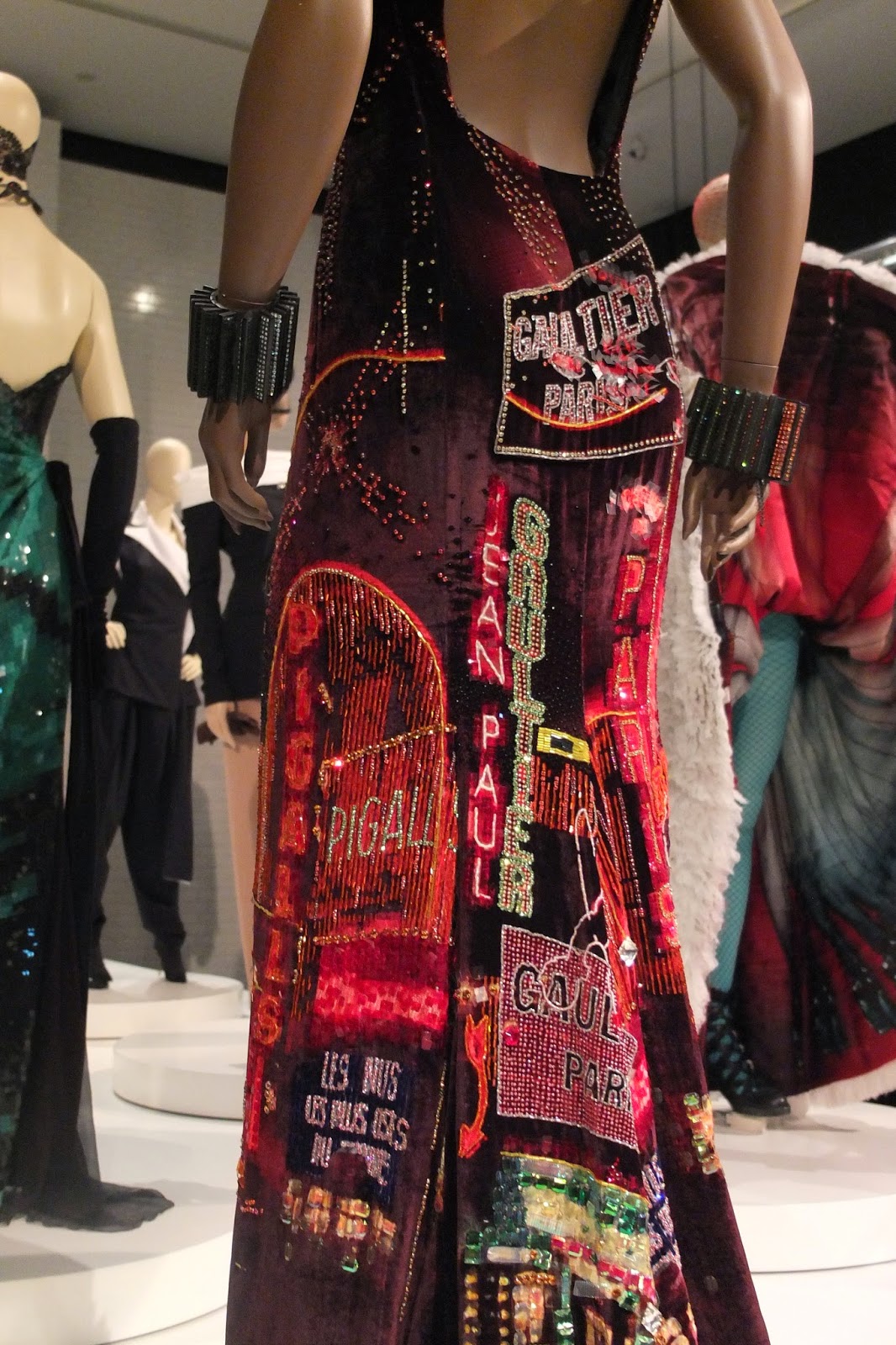 Skin Deep. An extraordinary room exploring the notion that clothes don't have a gender (he excludes bras and medieval codpieces), and the notions of outer wear nudity. No, it's not for everyone. 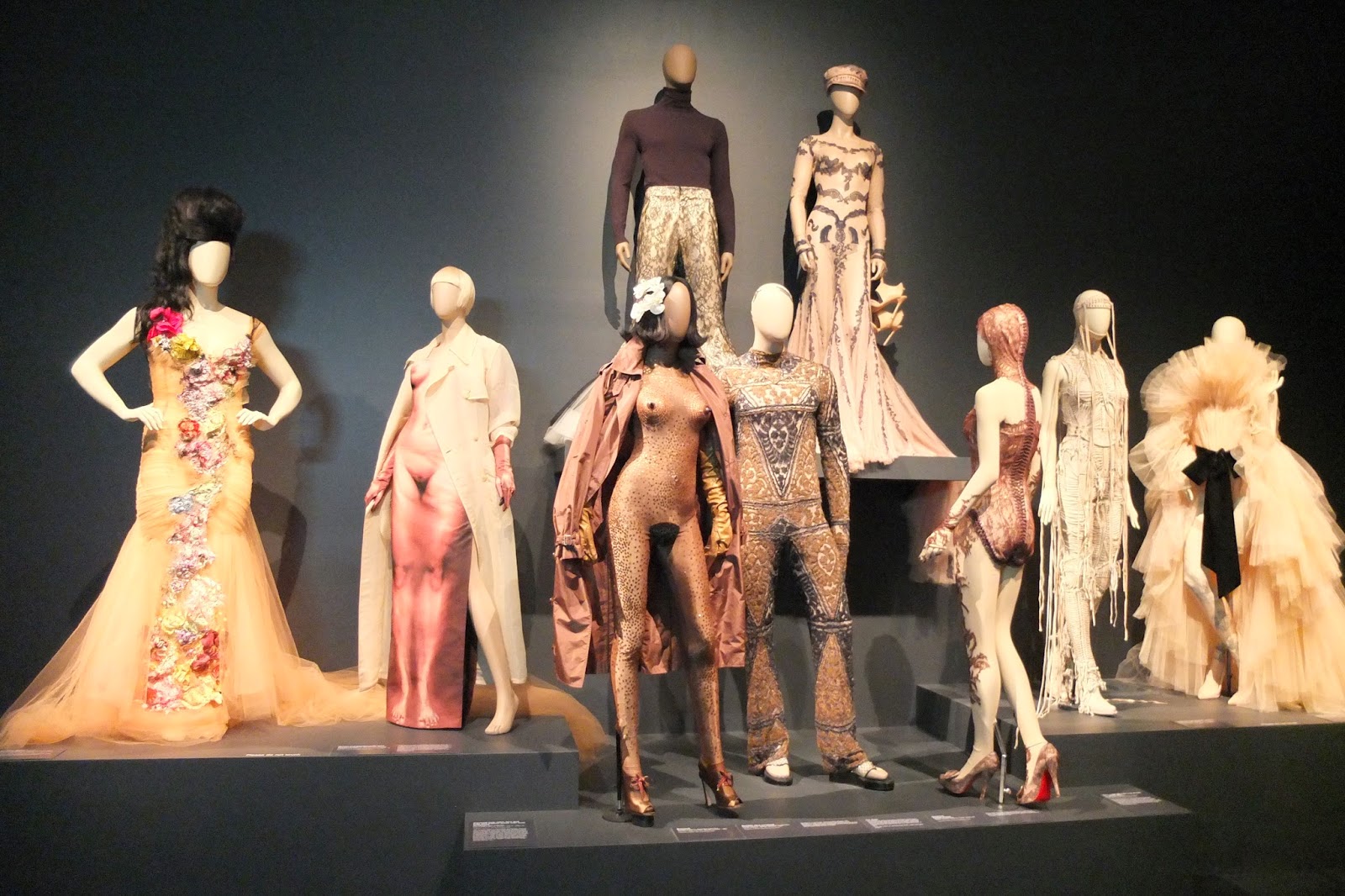 Metropolis. Showcasing JPG's work as a costume designer for film. He has worked on 9 movies. 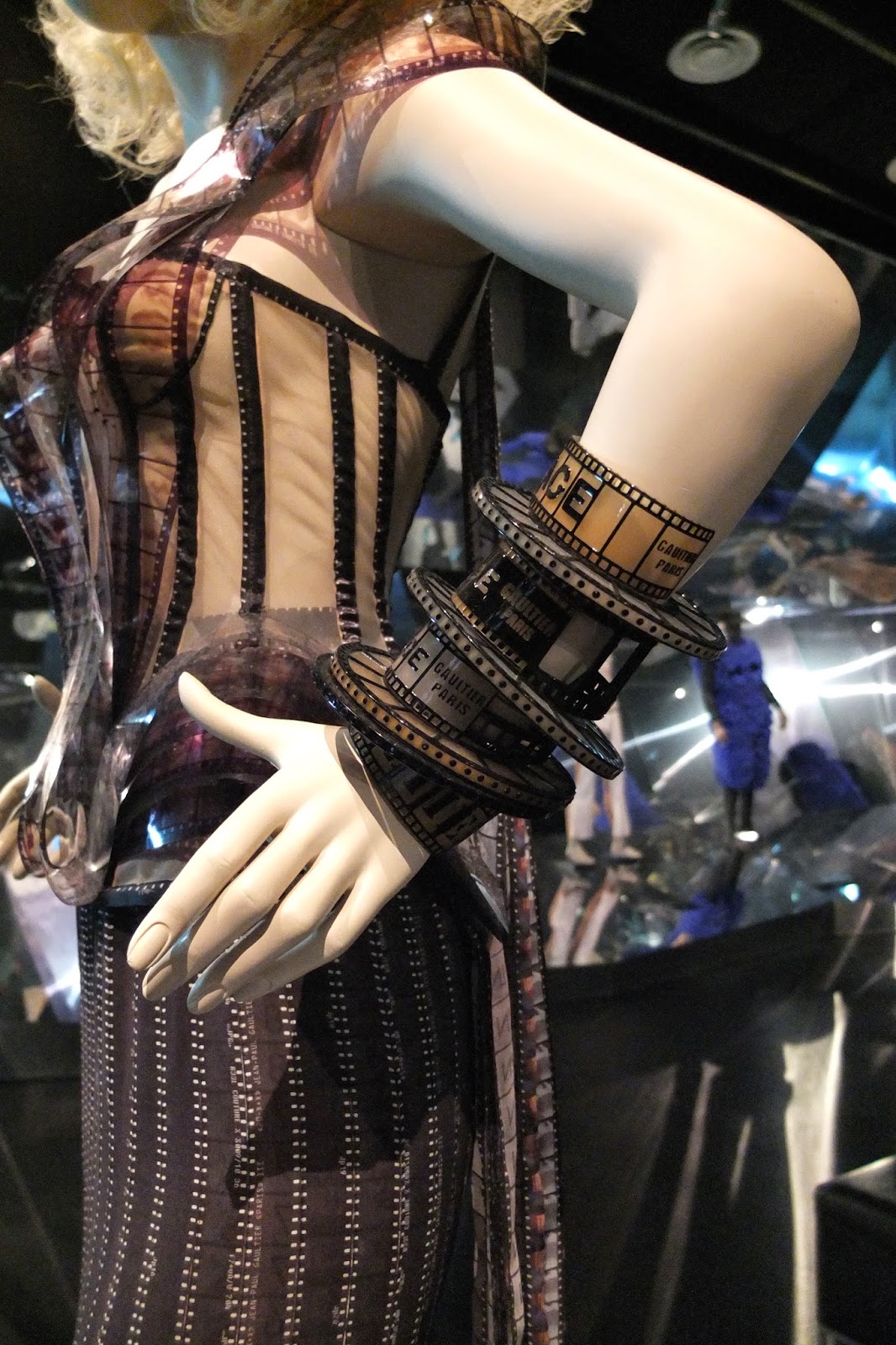 Urban Jungle. An astonishing room. I didn't get enough time in here. JPG takes inspiration from many peoples, codes and traditions.

It was interesting for me to ponder the notion that Haute Couture only exists in Paris, like any other appellation- it is defined by geography. Champagne. Bordeaux. Haute Couture. And everything must be done by hand.

Naturally, there is a large Gaultier filled shop at the end of the exhibition. Much of it striped. 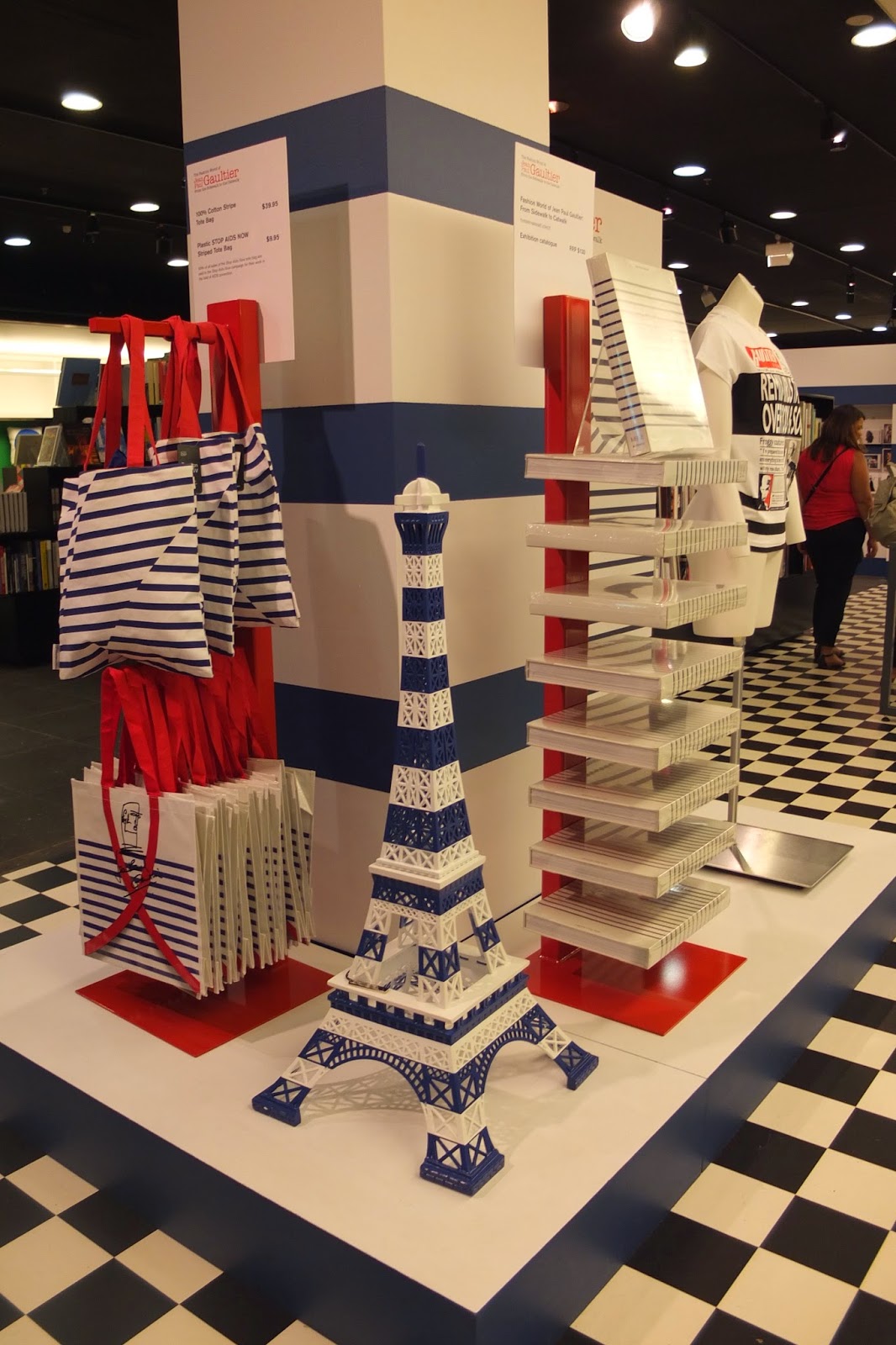 These photos convey but the merest glimpse of the JPG experience. If you really can't make it to Melbourne before February, then check it out online. Or better still head to Paris between April 1 2015 and August 3 2015 to see it at the Grand Palais. Oh, if only I could. The exhibition will then go to Munich in September 2015.

JPG isn't my Paris really, but I'm still dreaming.
Posted by Louise at 18:49

thank you for stopping by. how sis you resist the striped bags

Wasn't it incredible - the faces on the models were so mesmerising as to (almost) detract from the clothes. And I loved those Eiffel Tower heels too (perhaps not so good for Parisian cobblestones!). It was definitely one of the best fashion shows I've seen in a gallery.

That's brilliant, thank you so much for sharing this Louise.
BiTi