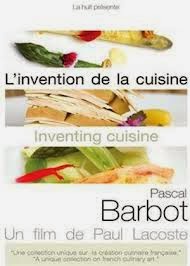 L'invention de la cuisine is a fascinating documentary in the same series as Le Solfege du Legume about Alain Passard that I shared last year, we watched both of them in preparation for our extraordinary trip to Paris last year. We dined at two three star restaurants- L'Arpege and L'Astrance. Naturally both were exceptional meals, and exceptional experiences. Our night at L'Astrance was very, very special, I will have to tell you about that another time.

L'Astrance is the result of an incredible partnership between chef Pascal Barbot and his front of house manager Christophe Rohat. It is a small restaurant with a tiny kitchen on a quiet street in the upmarket 16th arrondissement.

"I don't know how I'd cope in a bigger kitchen." 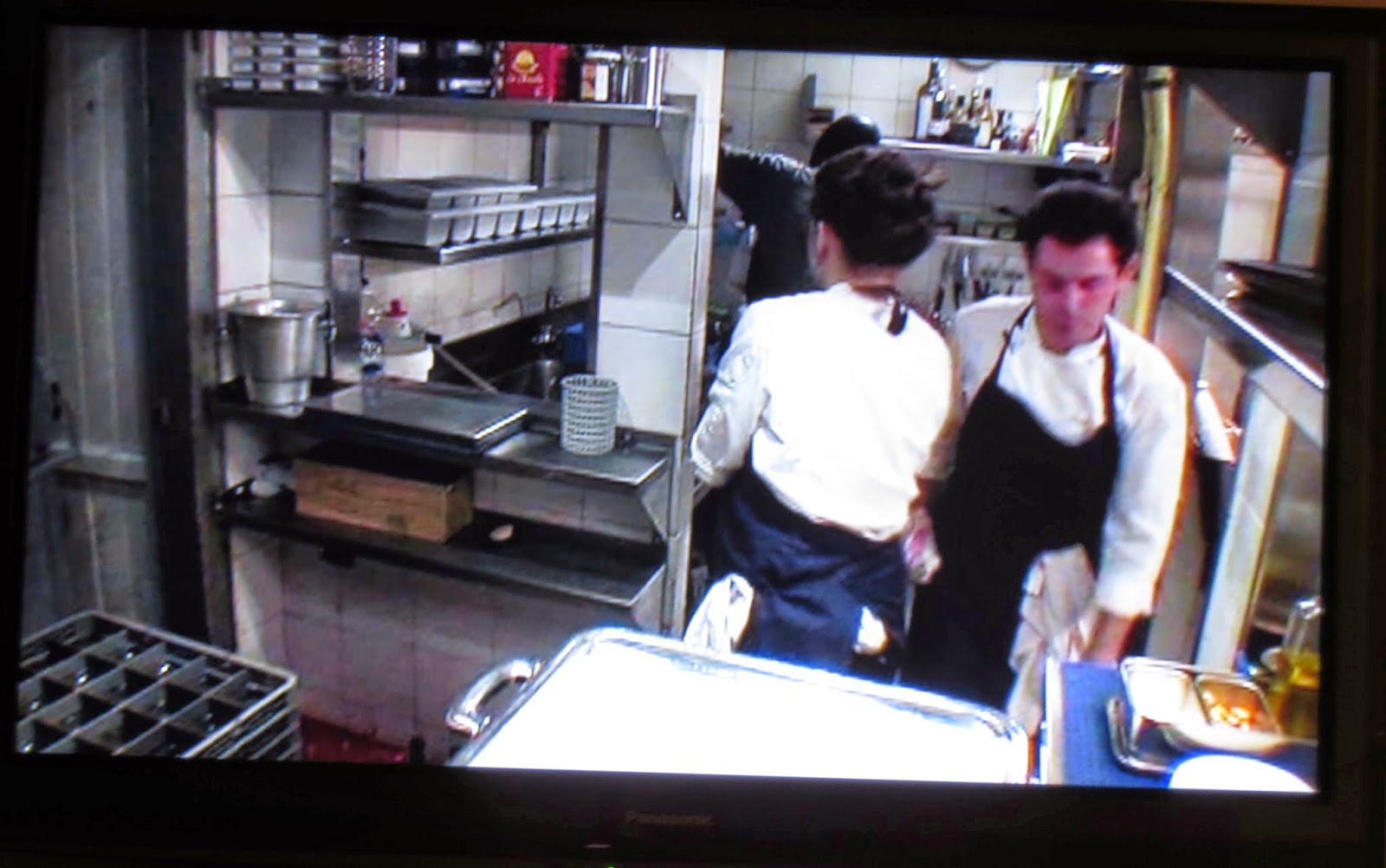 Their original aim was to do away with menus altogether, to let the food take precedence and allow Pascal the freedom to express himself fully. Christophe talks to their customers and finds out their preferences, and passes this information along to Pascal in the kitchen. We see the intensity and precision that Pascal uses in each and every component of every dish. He creates beauty with cooking that is akin to magic. 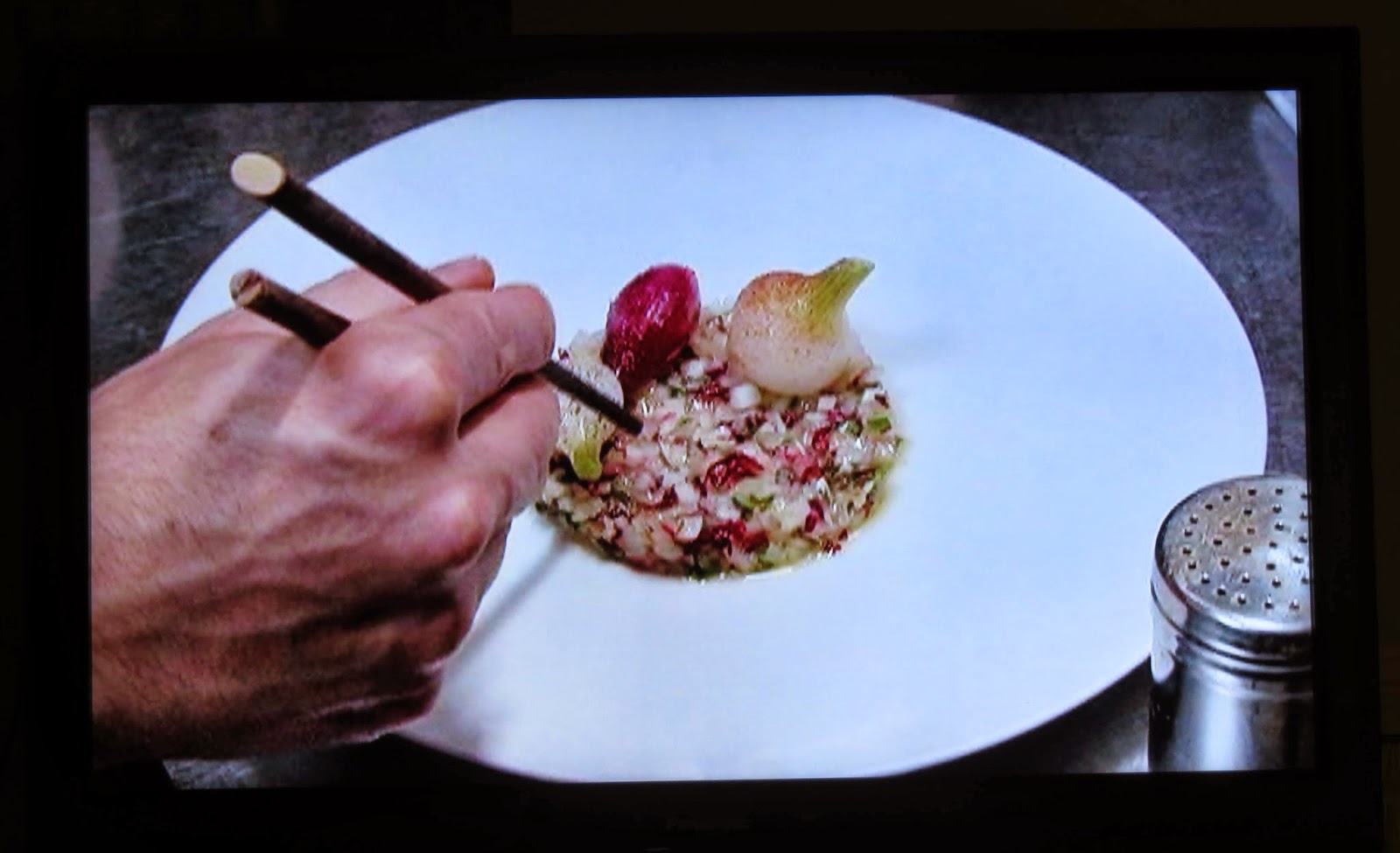 Working without a menu has taught us a lot about food and people's eating habits.


Pascal takes inspiration from his travels, he tasted grape juice in Morocco inspired by the Arabian nights, and three years later he remembered that particular drink and made a grape and tamarind sauce one night when he had the perfect slightly dried, concentrated grapes. Pascal says that he must search his soul to create his own cuisine, another reason why he travels. He appears contemplative and intense, and yet playful, funny and light.

He likes mixing two cuisines that he doesn't know all that well such as Moroccan and Indian, or Swedish and Japanese. Improbable pairings, but whatever he does, it works.

My cuisine is greatly inspired by "elsewhere".


When contemplating a dish with onion, mint, rose petals, cumin- "Is it a dessert or an appetiser? A condiment or a side dish?" 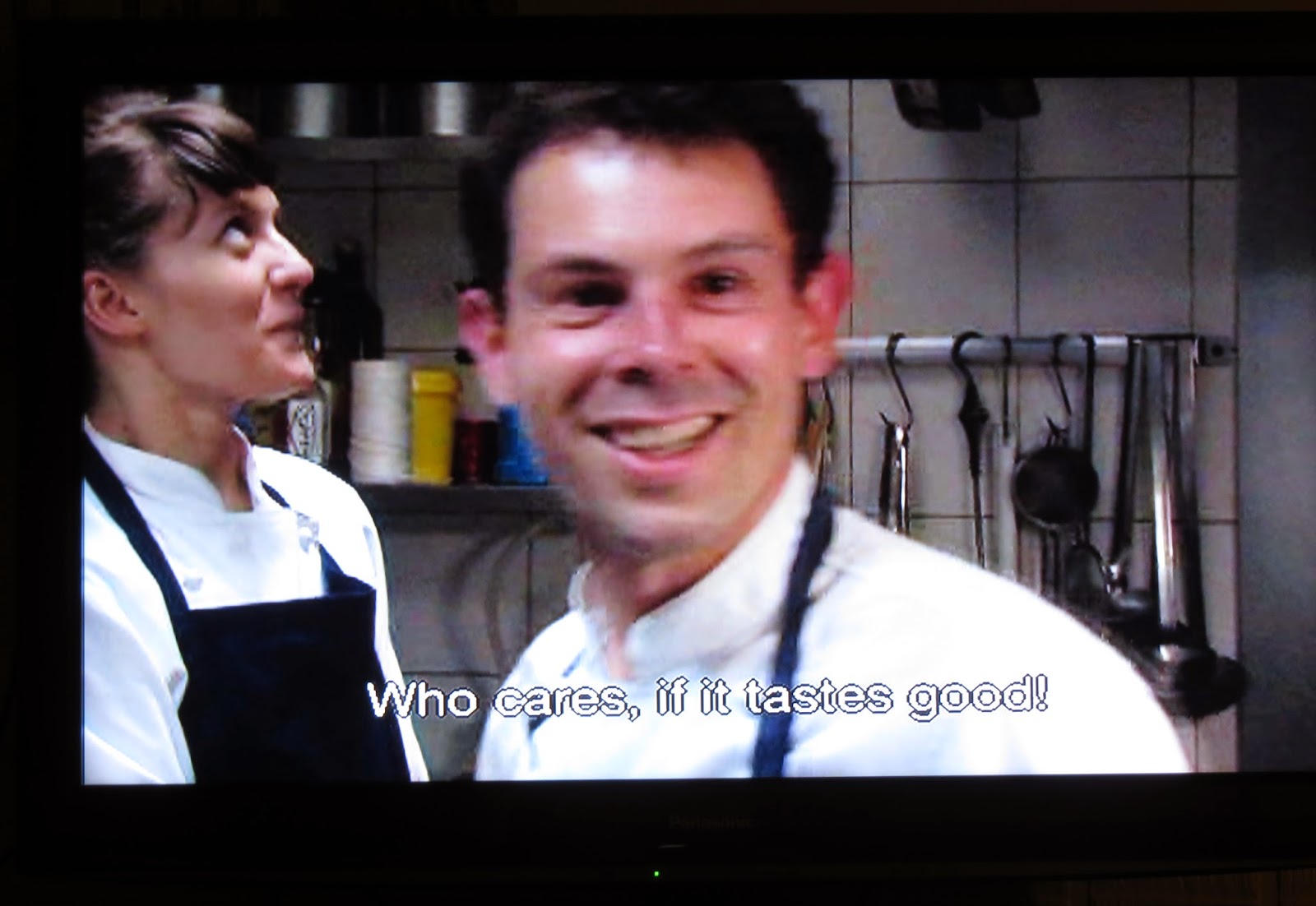 Buying the produce for the restaurant takes up 50-60% of Pascal's time. At Rungis market he makes the point that with millions of people to feed it can't all be excellent produce so you have to search. 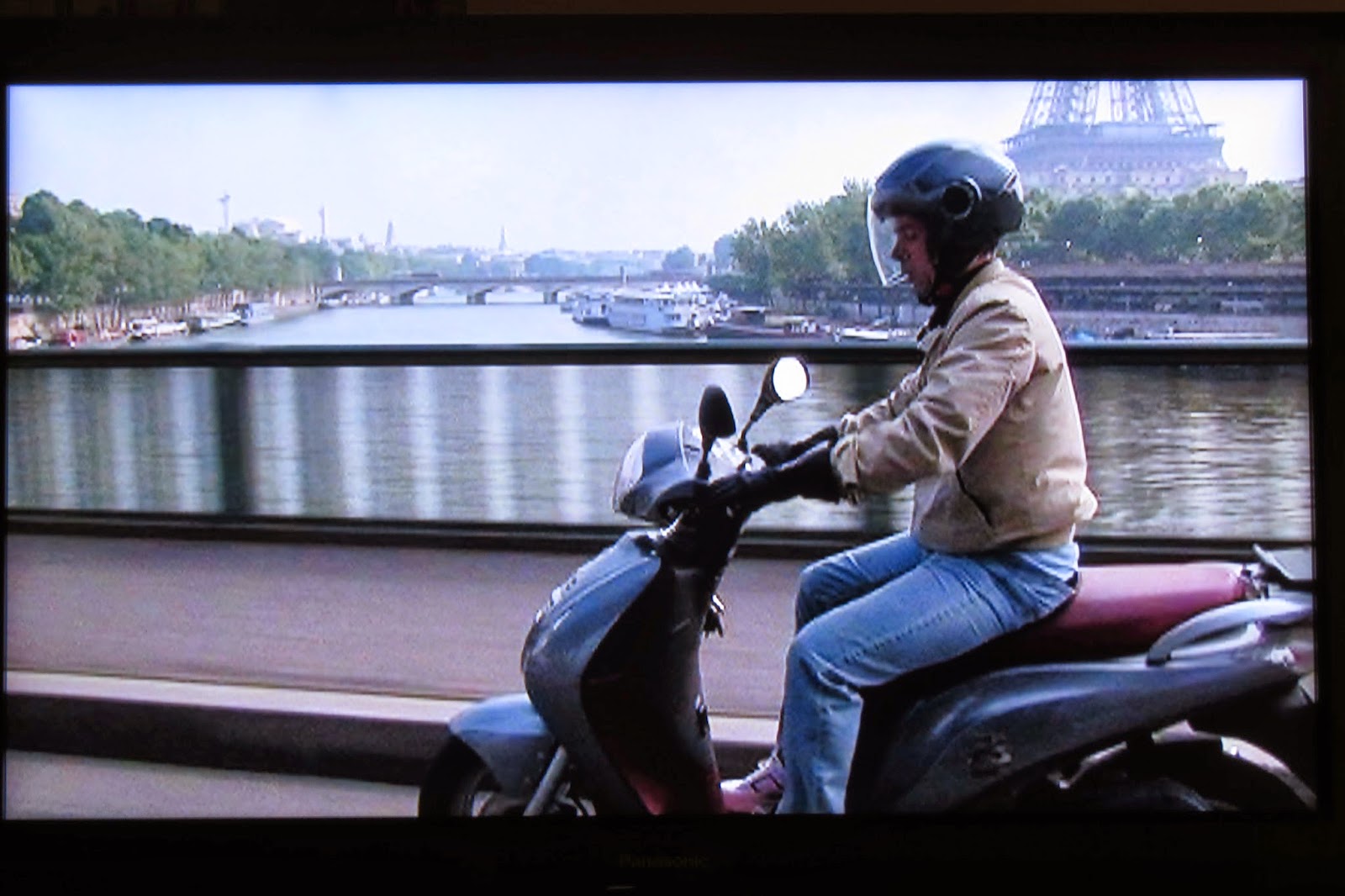 I think the second part of the DVD is slightly less interesting. Pascal and Christophe recruit a table of three people, strangers to each other and high gastronomy, and create a meal for them after watching video interviews about their food preferences. Although it is fascinating to watch one of the young men in particular be wowed by the technique and skill brought out with each plate.

This is insane! How do they do that? 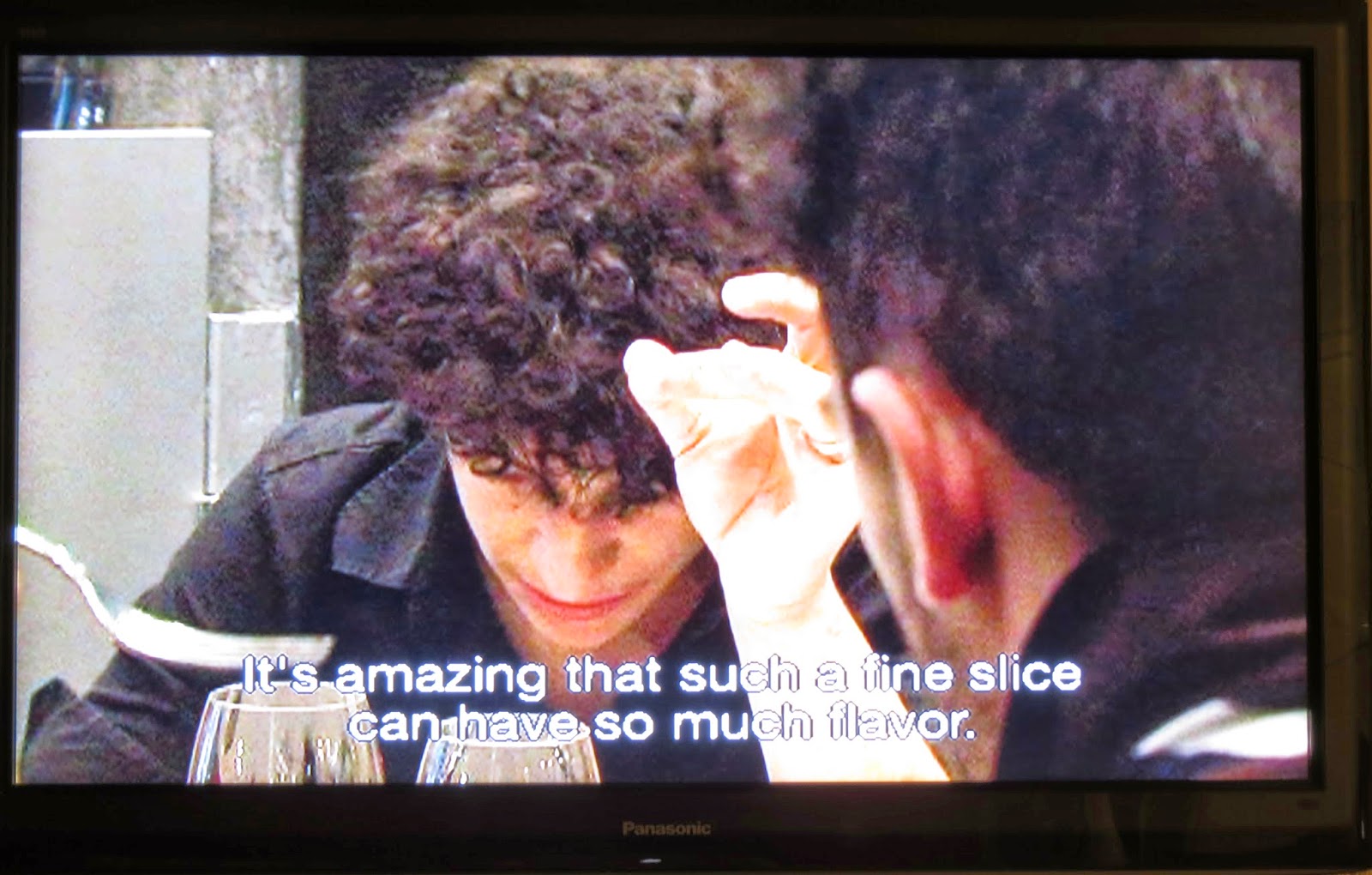 And he is forever French in his thoughts.


I can't imagine a young Australian man being moved so by a piece of cake. 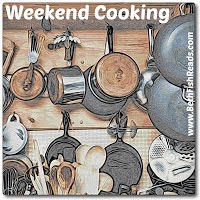 This post is linked to Weekend Cooking,
a fabulous weekly meme at Beth Fish Reads

No menu: that's a neat twist on the whole where-can-we-go-with-degustations-now. I'd not heard of L'Astrance, so I will love to hear your account eventually. It must develop quite a special relationship between chef and diner.

I can't imagine having the ability to create like that just from asking people's tastes and perusing the market. This is amazing.

The DVD is really worth watching I think Vicki- he works quite unlike any chef I've ever seen before. Wait until you see the meal- jaw dropping!

I bet I'd love this documentary. And I love the no menu idea.

So intriguing that he doesn't use a menu! I think we'd enjoy this documentary -- and the restaurant!