Photographs in the Mud 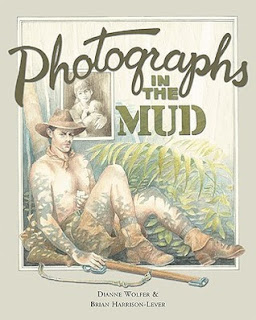 One of the handy things about having a teenager about the house is that occasionally you find Books You've Never Heard of But Just Have to Read lying under a stack of stuff on your own coffee table. Turns out Master Wicker read Photographs in the Mud last term for English. I've been meaning to read Dianne Wolfer's Light Horse Boy for some time now, but haven't got there. Happily this book fell into my hands.

Photographs in the Mud tells the story of two soldiers each preparing to fight on the Kokoda Track in World War Two. Jack is Australian and leaves behind his pregnant wife to join the Australian forces heading north to New Guinea. 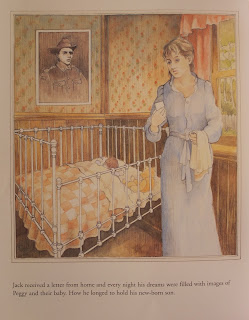 Hoshi is a soldier in the Japanese Imperial Army. He is travelling south towards Port Moresby on the Kokoda Track. He has left his wife and infant daughter at home. 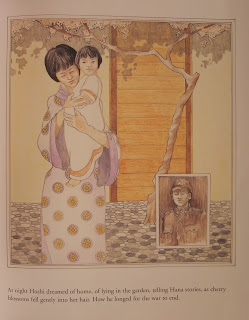 Both men want the war to end. But both men must keep fighting in the jungle of New Guinea battling the terrible conditions as well as the opposing forces. 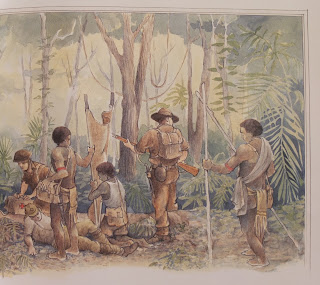 Noone wins in this powerful tale beautifully illustrated by Brian Harrison-Lever. I do love pretty endpapers... 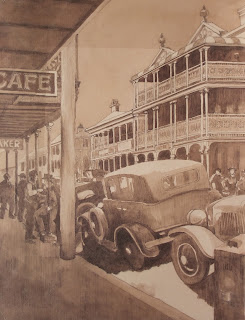 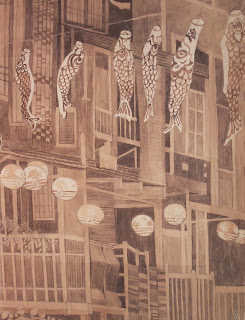 Photographs in the Mud grew out of Dianne Wolfer's experience walking the Kokoda Track in 2002. Perhaps some of the most arduous research an author could undertake! It has been published in Japanese translation. See the Teaching Notes from Fremantle Press.

Interesting that your son read it for school. It's rare that I see a picture book outside elementary school and that's a shame. But maybe it isn't a true picture book?

Oh it's a true picture book Deb. Picture book length, picture book layout. I was surprised that they read a picture book too, but as you know they can often pack in so much that they're still valuable for teenagers (and adults) to read.