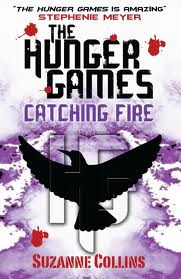 Holiday reading doesn't always go according to plan. Especially when a holiday is as Utterly Fabulous as my recent Paris based holiday. It has to be said that I actually did mostly Holidaying, and not all that much Holiday Reading.

Naturally I started early and planned much Paris-themed Holiday Reading. I'd done quite a bit of pre-reading, most of which I haven't blogged, but some of which I have. Paris to the Past. Joan of Arc. Into a Paris Quartier. Pearlie in Paris.

I was in the midst of reading Nicholas when I left, so took that with me expecting to finish it on the plane heading to Europe. Instead I watched French movies and didn't sleep. I did read the delightful The Rosie Project along the way though. Perfect.

I did eventually finish Nicholas, and was then planning to dip into the rather large but beautiful hardback version of Les Miserables that I had bought specifically, and then lugged halfway around the world. But as is often the way I didn't feel like it by that stage, so instead I borrowed Catching Fire from Master Wicker and delved into that instead. It seemed more plane reading material.

I had read The Hunger Games last year, and quite surprised myself by really loving it. I saw the movie when it came out too, and enjoyed that, but not so much as the book. Last year Master Wicker was too young for his mean mother to let him either read the book, or watch the movie. This year the second Hunger Games movie, Catching Fire, will be released in Australia November 21 2013, and this year Master Wicker probably has the maturity to watch it. Regardless he was very keen to read the books and see the movies. I'd read The Hunger Games with him before we left, and he plowed through Catching Fire in a few days on holiday.

I didn't love this one as much. Indeed I don't think I liked it much at all. It took me a while to get into the book, and then I was disappointed by the storyline. Catching Fire is more a repetition of Hunger Games, rather than a continuation, or sequel. I know that we have to suspend disbelief with the whole book for this type of story, but for me Suzanne Collins crossed the line to preposterous story elements in Catching Fire. I didn't like the ending either, all too improbable. Master Wicker enjoyed it much more. Still I imagine that I will read the third book at some stage.
Posted by Louise at 12:32

My feelings were similar in that it didn't seem to do much but segue into what would be the third and final book of the trilogy.

Read the third book. It is worth it. As with many trilogies, some of the story inevitably becomes a means to an end, just trying to get all of the characters into position. Until I read the third book, I didn't really appreciate the intention of the second. It's still the weakest of the three but the third book handles issues better than most other novels written for adults so, to find such honesty in a young adult novel? Well, it's remarkable.

Thanks so much for your comment Satia, that was exactly what I needed to hear to give me that little push. I'll be able to approach it more positively now when I do get to it (I won't be reading it straight away).

I'm almost always disappointed by sequels. I've given up reading them, really.

I know what you mean about vacation reading plans not always working out. Every summer, my husband and I drive to my home province of Newfoundland to see my family. Normally, I make the most of this time for pleasure reads. Sadly, this visit I read only four books for fun. Too stressed on the drive and too busy with my family during our actual vacation time.

As for Hunger Games, I loved the first, felt okay about the second, and hated the third. From what I read, reactions were pretty mixed on the last. Sequels are tricky!

I was also surprised by how much repetition there was in this book. Having said that, I will be lining up to see the movie later this year.