Wondrous Words Wednesday is a weekly meme hosted by Bermuda Onion, where we share new (to us) words that we’ve encountered in our weekly reading.
Recently I read Laurie Viera Rigler's Confessions of a Jane Austen Addict. While I didn't love the book, it did introduce some new words for me.
1. Libertine. Noun
"I fear that my brother is not a man to be trusted. In short, it has come to my attention that he is..."
"Yes?"
She won't meet my eyes. "a libertine."

1. One who acts without moral restraint; a dissolute person.
2. One who defies established religious precepts; a freethinker.
2. Pattens. Noun.
And I'm pretty much determined that only desperation will make me wear pattens, hideous contraptions meant to elevate shoes from the wet ground.
So the text really explains it, but still a great word, and a google image search is intriguing. And not just because most of the images it brings up relate to that kid in Britain who had a baby when he was 13- it appears his surname was Patten.
3. Mylar. Noun

"Someone should really clean that up," he whispered to me as we stood in a crowd trying to make sense of an installation that consisted of what looked like a couple of horse turds and a broomstick on a sheet of Mylar.


Mylar appears to be some sort of flooring from the context. Which is close. Mylar is often used to generically refer to polyester film or plastic sheet. 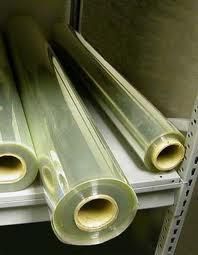 What's worse is that I practically brush shoulders with the skeevy waiter from the night before.

(Online Slang Dictionary)
5. Caro Sposa. Term
There is comfort in the familiarity of it all, in the knowledge that all will turn out well, that Elizabeth and Darcy will end up together in Pemberley, that Anne Eliot will pierce Captain Wentworth's soul, and that Mr. Elton will be stuck with his caro sposa for the rest of his life.
I can only google up the term caro sposo, which appears to be referenced in Emma reasonably frequently. Caro Sposo is said to mean dear husband. Presumably caro sposa is the female equivalent of dear wife.
Posted by Louise at 00:00

I can't get over the photo of the pattens. A photo does help. I wouldn't wear those pattens either. lol.

Pattens is a new one for me - not very attractive shoes, are they? Thanks for the picture, it does really help. If you get a chance, my words are here: http://readhanded.blogspot.com/2011/04/wondrous-words-wednesday_27.html

Very interesting list of words from your Austenish book. I thought skeevy was rather interesting because I had a good use of slang in the fifties and sixties. However, I don't remember that. I'll have to see if I can bring that one back. Just kidding.

I knew mylar because of mylar balloons, but the rest were new to me. I don't think I'd be able to walk on patterns very well.

All yor words are really interesting ! I just know "libertin". The other ones were new no me. Thanks !

Thanks all for stopping by. The pattens are rather astonishing, but an ingenious solution for dealing with a problem, although I can only imagine how stuck in the mud you could be in those things. Kathy- I've never heard of mylar balloons. I googled them, and knew the type of balloons of course, but had never thought about whether they had a formal name, and I'd never needed to call them anything. I would have called them foil balloons I guess because that's what they look like. Turns out they shouldn't be called mylar balloons because mylar is too expensive to be contained in balloons!
http://mylarballoons.org/