Sometimes interests just align and even though you have a packed four days in London (that isn't enough time, not nearly enough time, there is just so much to do), you know that you have to make a pilgrimage of sorts. And so it was I came to visit Charles Dickens House in London last year.

Not that I'm a great Dickens scholar. I suspect that having read A Christmas Carol, The Magic Fishbone and half of Bleak House (twice) doesn't qualify me. But I am interested in Dickens. I think that Bleak House is one of the best books that I've only half read. I've seen Simon Callow speak about him, and portray him. I've seen Miriam Margolyes astonishing one woman play Dickens Women twice now. I've watched the Dr Who episode. And bits and pieces of various BBC miniseries too of course. One day I will embark on my  project to read all of Dickens.

Still I thoroughly enjoyed the hour or so I spent in Dickens Museum on a somewhat cool Thursday morning. 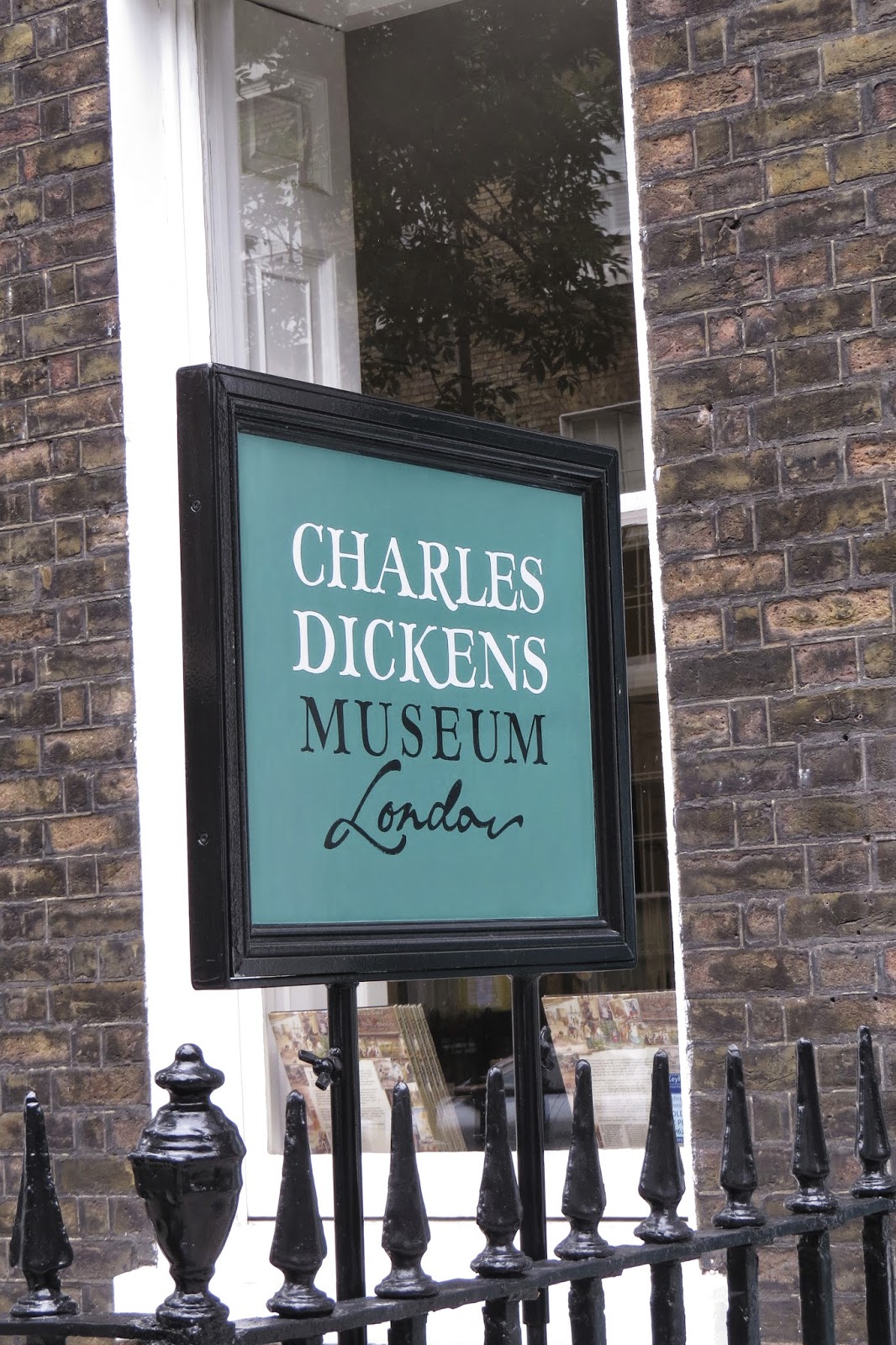 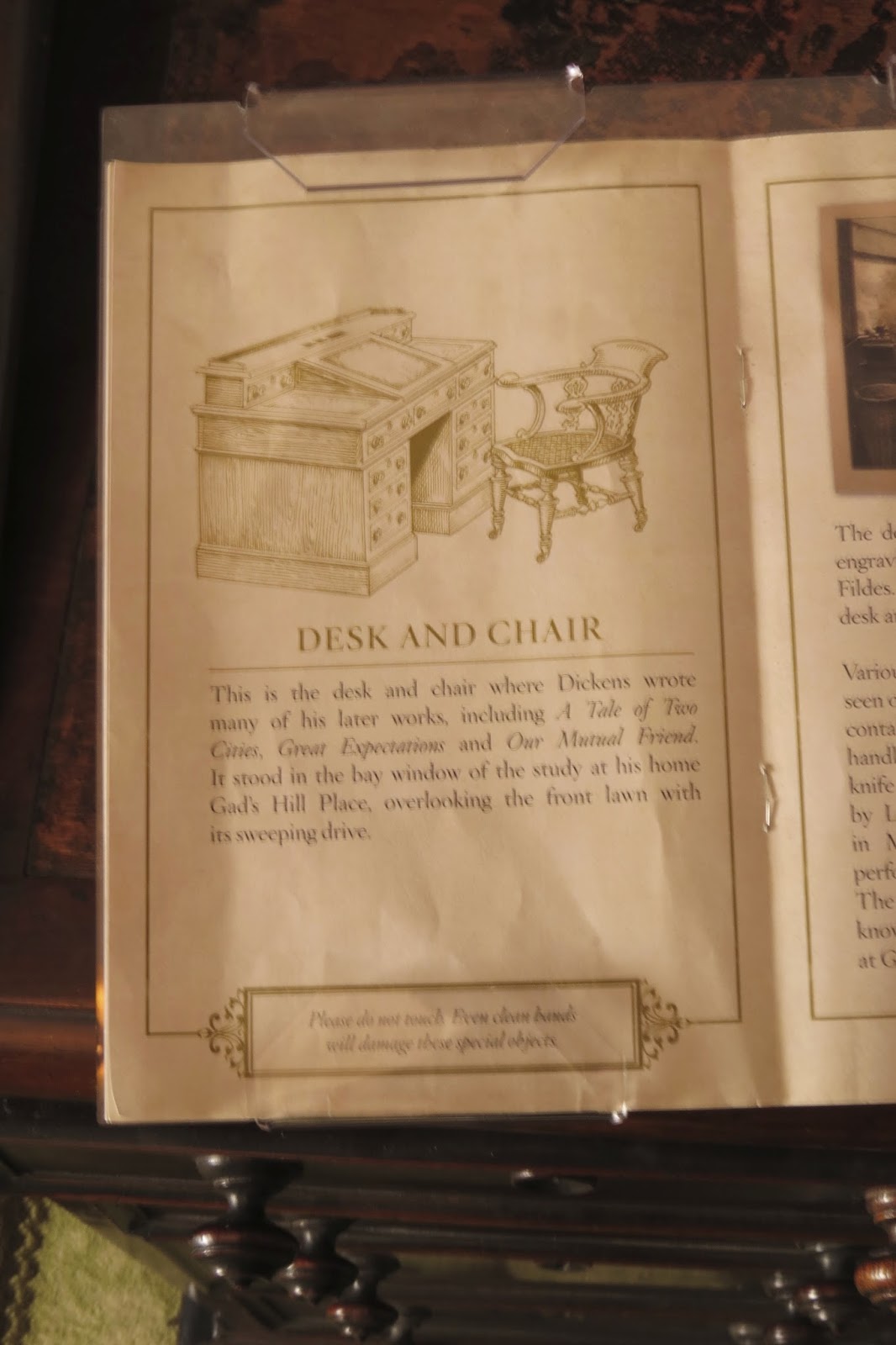 It was certainly 8 pounds well spent.

I feel the same about Dickens books, but would love seeing the museum.

Great post! Can't believe i lived in London for six years and never went to Dickens' house! i did go on the walk though (great fun!) and I've read all of Bleak House... ;)

You inspired me to re-watch the Dr. Who episode and to add this museum to my London list. I'll have to see if I can time it properly for a guided walk.

That's a really great desk! Maybe if I had that, I could finally write my book?

I've read: A Tale of Two Cities; Great Expectations; The Mystery of Edwin Drood; and I've started Pickwick Papers - twice!... why I haven't gone on with PP? Probably it's episodic nature, but like your fellings re Bleak House, I feel there is no better novel than Pickwick Papers to have started twice.
Re Edwin Drood: Dickens died with the novel only half completed and with no papers as to how it was meant to finish... ergo you have an un-denouned murder mystery. Many scholars and great writers have written the 2nd half of Edwin Drood... I read a novel by reknown American SciFi, Horror Author, Dan Simmons: Drood. Drood approaches the mystery of the Mystery of Edwin Drood from an almost metafictional perspective, including the characters of Dickins and his friend Wilkie Collins being very involved in the opium drenched doings of the Victorian London underground.
A very entertaining read - particularly if its reinforced with the original Mystery of Edwin Drood.