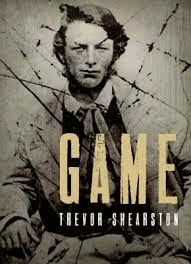 Six months ago I went to a fascinating author talk, but time being what it is, I didn't get to telling you about it. Now Game has been longlisted for the 2014 Miles Franklin and I'm seeing the book everywhere and being reminded of missed opportunities.

I try to go to every author event that I can, even if I think that the book isn't particularly my cup of tea, or my usual reading matter. I know that I will enjoy myself, chat with interesting folk, and likely learn something. And so it was with seeing Trevor Shearston talk about Game. I'd never heard of the book or the author back then.

Game is about the latter stages of bushranger Ben Hall's short life. Trevor picked a time when Hall and his companions had become "dead men walking" after the death of a police sergeant during a mail coach hold up at Jugiong. Hall had to leave NSW or be killed. He wondered if Ben Hall had doubts about the life he was leading, and feels that these times of doubt make for interesting stories. 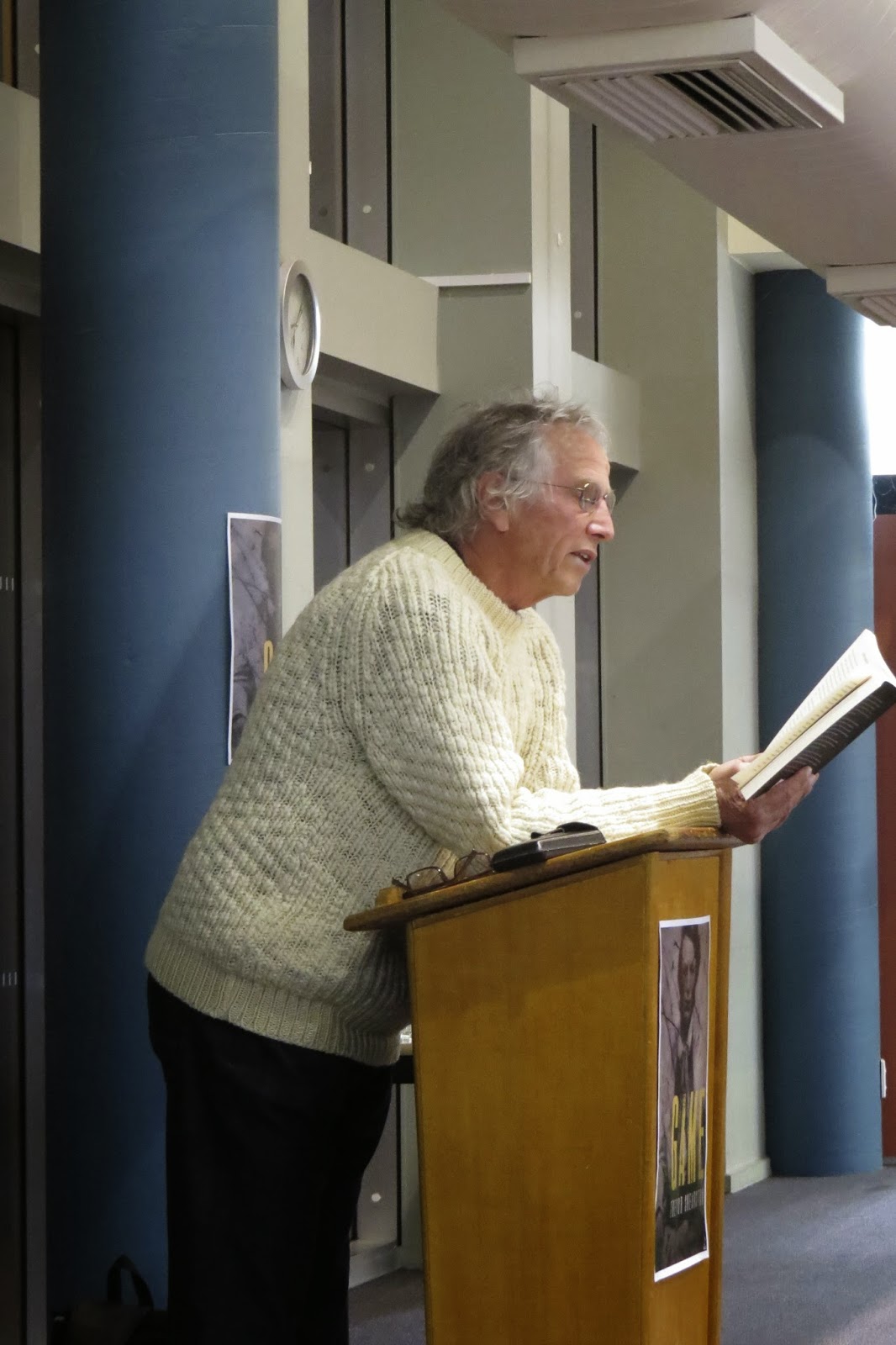 Trevor spoke a lot about his writing process for this book. He has long been interested in Australian bush ballads and folk songs, indeed he sang several for us this night. Trevor found the songs gave him a gateway into the feelings and the emotions of the people he was writing about. He pointed out that's it's important to have an emotional connection to the subject as you're going to be with them for a long time.

The ballads about Ben Hall were mainly composed soon after his death, by not particularly educated people, and they are songs full of anger and grief. The songs alone of course weren't enough to write a novel so he travelled and researched. Much of the book is set in the Central West I believe. Certainly Ben Hall was shot and killed 20km from Forbes in the corner of a paddock. Trevor told us that seven police surrounded him and shot him as he slept, and that his body was strapped to a horse and taken through the streets of Forbes at 3am. Trevor travelled to the property where Ben Hall was shot and stood there amongst the yellow box, white cyprus and saw the low range of hills.

Why make up the details when they're all there to see?


During his visit to the site Trevor found the remains of a house, and a piece of broken crockery in the creek. He wondered if Ben Hall had eaten his dinners from it. Trevor used a lot of newspaper accounts from the time. Some events are well covered and so he must stick quite closely to the truth- for example he found 40-50 witness reports of the shooting of Sergeant Parry.

There are always some old people in the audience who know the history backwards.


One snippet in the Yass Courier gave him half the novel, about the relationship between Ben Hall and his son, although the historical novelist is there to take the characters between the gaps in the historical record.

That's the fun- inventing between the facts.


Trevor Shearston was a teacher in Papua New Guinea, and his previous 7 works of fiction were set in PNG.

Random fact: Tinned sardines were a bush staple for anyone travelling on horseback.

I still haven't read Game, but Lisa at ANZLitlovers has.
Posted by Louise at 10:57