Saint Denis has been in the news this week, for all the wrong reasons. It is never good to be reduced to a hashtag. #SaintDenis. Thankfully I have happier memories of Saint Denis in 2013.

The area of Saint Denis is not really on the tourist trail. It is a northern suburb of Paris, easily accessible on the Metro, and the draw for me was a visit to the rather amazing Basilique de Saint Denis, an incredible gothic cathedral which serves as the Royal Necropolis for France. Fascinating stuff. I meant to do this post way back in 2013, but well I didn't, and so I've forgotten some details. 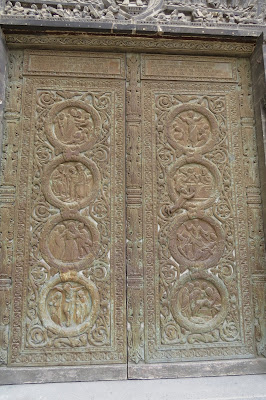 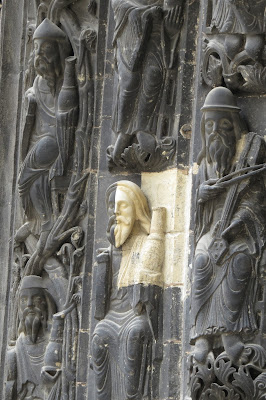 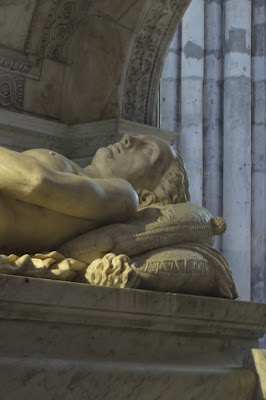 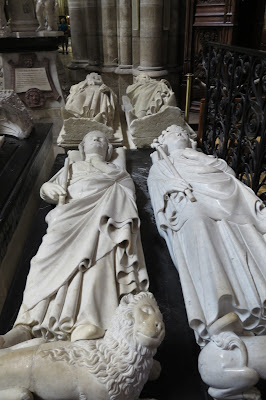 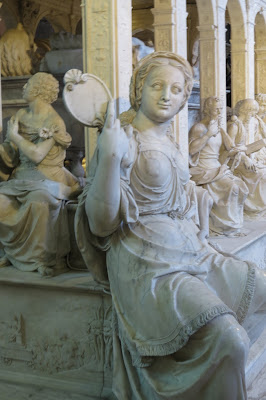 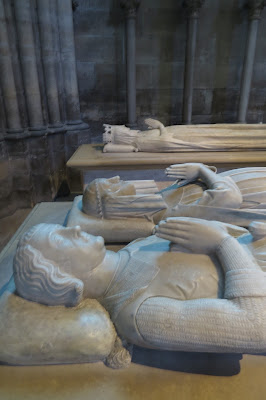 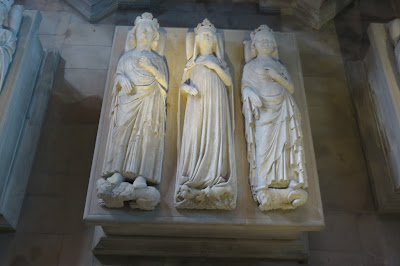 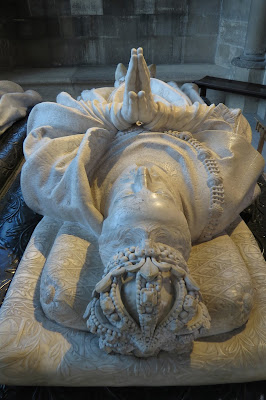 The crypt was amazing. I still remember how cool and eerie it was on this rather hot Paris summer afternoon. 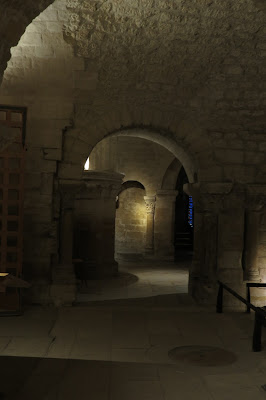 I felt sad for Louis XVII that his heart was in a jar centuries after his death. He saw his parents beheaded, the monarchy overthrown and he was to die just a few years later himself in 1795, still only a boy of 10. I'm not sure how it came to be that his heart was in a jar, but it was given to the Basilica in 1975 and after authentication it has been on display since 2004.

I read the marvellous Paris to the Past (see my review) as preparation for my visit to the basilica and I certainly appreciated it all the more because of it.

I spent a fabulous few hours in Saint Denis Basilica, the admission of 7,50 € is definitely a bargain. As ever I would suggest you get the audio tour if you're lucky enough to visit. 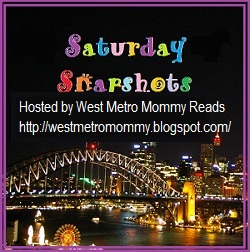 My kind of place!! you should post it at Sally and Beth host inSPIREd Sunday!

A very nice piece, Louise, reminding us of the beauty, not the carnage.

When I see photos like this, I remember that we in America have nothing.

Beautiful photos Louise. I love how you show us off-the-beaten-track images of Paris. I have the Paris in the Past book which I'm saving for our next visit.....one day...*sigh*

I've always had a thing for Joan ever since studying her at school - what a woman!

What a wonderful place to visit. I'm a bit squeamish about the heart in the jar!

Memories like this are worth sharing. Thanks - especially given recent events. I've not done this little excursion, and as you say - for the ride on the metro and the entrance fee it seems like such a great learning opportunity. Must do one day :)

It's such a shame this place isn't visited more or even more well known, but I'm as guilty as anyone; I lived in Paris for 10 years and never went! Thank you for sharing your visit, next time I'm in Paris I'm going to make an effort to get there. Thanks for linking to #AllAboutFrance

A Green and Rosie Life said...

What a fabulous church and with so much history attached to it - some quite gruesome by you account. Popping by very late from #AllABboutFrance

Love your account of the visit, and your photos are wonderful - I like the plaque commemorating the fact that Joan of Arc received a blessing here, and the rose window s incredible. But Louis VII's heart is a bit gruesome!