Recently I took a lovely day trip to Iandra Castle with a friend. Australia doesn't lay claim to all that many castles, and I'd never heard of this rather unusual place between Cowra and Young before, but I'm always up for an excursion somewhere new.

The land for Iandra was bought by George Greene, who was to become a prominent farmer and politician in the area. 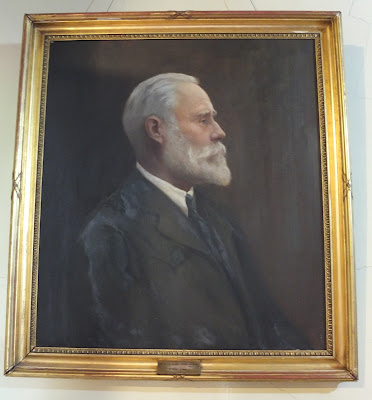 Originally there was a more modest house on the site but as his wealth and influence grew George began work on a rather unusual Edwardian reinforced concrete castle in 1908. I'm not sure if it was finished by his death in 1911. 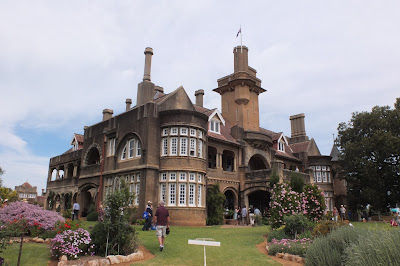 Sadly Iandra has fallen into a state of some disrepair. The current owners are undertaking major structural work for its preservation, but it's clearly a long, difficult and expensive process. They have a number of open days each year to help raise funds. 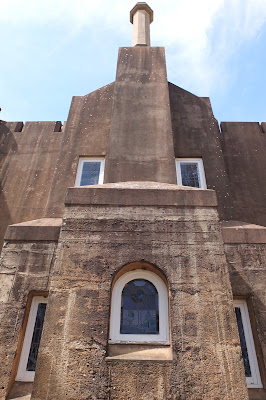 It was a beautiful day and there were many more people than I expected for a rather remote location. 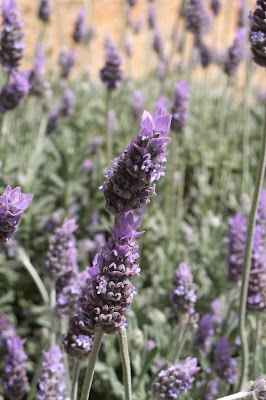 We had a lovely picnic in the grounds. I don't picnic enough. I need to do it more.


As well as establishing his own town, Greenethorpe, George Greene also built his own church, St Saviours, not too far from Iandra. 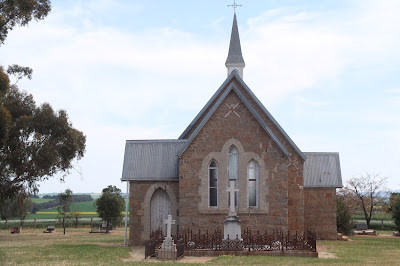 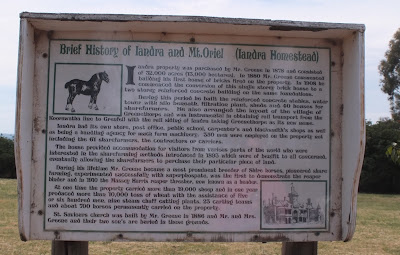 The scenery on the drive home was lovely. The canola out in bloom is always a special time of year.

A castle! How fun. I think I like best that the owner built his own church. If you have your own church, you can worship exactly as you please, I think.

Interesting castle! Love the photos of the grounds. I need to picnic more too, it is always relaxing and enjoyable.

I want a castle!

I love castles...I wouldn't want to be in charge of renovating one, though...LOL. Lots of work.

My eldest son lived in a 16th C. castle near Prague a few years ago, along with several other young people...they got to live there in exchange for working on renovations. He took some great photos, too.

Thanks for sharing with us such an interesting place, and love your pics of the landscape. Is the yellow patch canola harvest? I've just returned from a New England road trip. I've some photos to share as well.

What an unusual building. I haven't ever seen anything quite like it.

I have driven that road between Cowra and Young more times than I care to remember, yet I don't recall Iandra Castle. It certainly looks like it's worth the visit.

Have you ever been to an Open day at Abercrombie House in Bx? You'd enjoy that too I'm sure.

The canola is really lovely isn't it *sigh, I do miss a country Spring.

Arti- yes the yellow is the canola in bloom.

Brona- it's a little bit off the main road. Just outside his own village, Greenethorpe. I've never made it to Abercrombie House- it's on the list though.