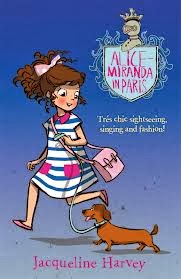 Jacqueline Harvey is Australian and I had presumed that Alice-Miranda would be too. I'm not sure that she is. She could be I guess, but there was no mention of nationality in this book, perhaps coming in at book 7 is difficult. The rather improbably named Alice-Miranda Highton-Smith-Kennington-Jones attends Winchesterfield-Downsfordvale Academy for Proper Young Ladies, which is probably in England, but again I'm not quite sure. It seems she has attended school in New York at some time too.

Alice-Miranda gets to go to Paris as part of a school group, students from her school and the nearby Fayle School for Boys form the Winchester-Fayle Singers. The choir has been invited to Paris to perform at three runway shows for Paris Fashion Week. An exciting set up. Very soon, indeed on arriving in Paris the children are witness to a robbery from one of the worlds most famous fashion designers- a bolt of the finest fabric in the world- vicuna. No I hadn't heard of it either. But it's real, made from the wool of the cute vicuna, a llama relative.  Vicuna has brought down politicians, a mere scarf will cost $4,000!

Alice-Miranda and her friends become caught up in some fashion mystique and intrigue all set amongst the hurly burly of Paris Fashion Week. The group stay on the left bank and tours Paris of course between their official engagements- and I was thrilled to have been to almost every setting. Notre Dame. Eiffel Tower of course. The Ritz. The Hotel de Ville. Boulevarde St Michel. The Luxembourg Gardens. The Louvre. Versailles. Sacre Couer. Nutella crepes. Well except one- I haven't dined at La Tour d'Argent- yet.

Jacqueline Harvey clearly knows what her young girl readers really, really want. They lap up both Alice-Miranda and her other Clementine-Rose books. I found Alice-Miranda somewhat precious for her eight years. Perhaps it is merely all a modern riff on a princess tale? Alice-Miranda's family appear to be rather wealthy- her mother and aunt stay at the The Ritz when in Paris. Her aunt is married to a movie star, and Alice-Miranda met the President of America at their wedding. However I do know that getting one taxi, let alone two, in Paris during Fashion Week is a complete fairy tale! 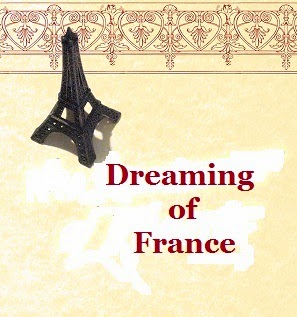 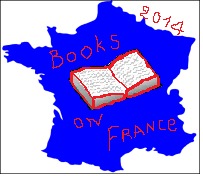 This sounds like a great book. One even an old granny could enjoy! I would however, have to read the 1st one first. Silly, I know, what can I say?

Oh it was a big thing for me to just read book 7, having never read any of the earlier books, but it's hard enough to sneak an extra book into my reading schedule- let alone 2 extra books, or 7.

This sounds so fun. I love your comment about finding taxis in Paris during fashion week being a fairy tale. You made me laugh. Thanks for playing along. Here’s my Dreaming of France meme