The recent centenary of the start of World War One has been felt and remembered around the world. Reading the stories of war is a perfect way to remember the sacrifices made by those who fought and died.

There have been many, many books written about war and wars for both children and adults. Recently my friend Brona at Bronasbooks suggested a great list of war books intended for children. I've slightly modified it here.

As always the books I've read are in red. 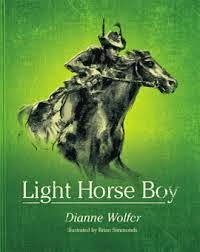 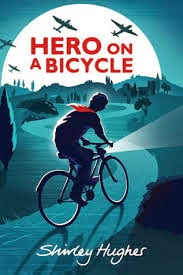 
Clearly war books is a vast topic, even those written for children. It is hard to keep up. This year the Children's Book Council of Australia published Mud and Blood and Tears. An Annotated List of Children's Books about War and Conflict. 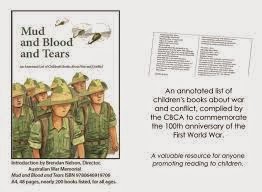 I expect that this list (which does not attempt to be exhaustive) will inevitably grow with time. Certainly there has been a flurry of books about WWI this year, and they will keep coming with the centenary of Anzac Day next year. I know that Jackie French and Bruce Whatley have a new book coming out in November- The Beach They Called Gallipoli. It's important that we remember their stories, and do not forget.
Posted by Louise at 11:02

Have you read any of the Mary Grant Bruce 'Billabong' books set in WW1? I'm midway through the war years now - they were written pretty much contemporaneously, which adds to their interest. And I see Biggles on the list - love Biggles!

Thanks for the shout out Louise.

Ever since I wrote that earlier post, I thought I should put together a more comprehensive backlist of books, but you've done the job beautifully, so
i will now simply add a link for this to my post :-)

K M Peyton wrote the Flambards series which features WW1 (for teens).
Carrie's War by Nina Bawden is junior fiction for WW2. As is When Hitler Stole Pink Rabbit by Judith Kerr.

Anne of Green Gables also deals with WW1 in the last few books of the series.

I've just had a little chuckle at my expense.

I completely forgot that I had made my list of war books after the reviews I had done for the new releases.

Thanks to your post though, I rediscovered it :-D