Breakfast is not usually that much of a big deal. Even in Paris. I would typically have yoghurt for breakfast when in Paris, starting the day in a modest way in preparation for the onslaught to follow. It's true that even the yoghurts of Paris are special. Very special actually, and so a treat in themselves, and I would stock up from the amazing displays at any supermarket, or the corner shop. Last year I modified the yoghurts a bit and had them leaves and dust style.  Sometimes we would have some amazing pastries, croissants for a euro, from the local boulangeries. But even breakfast can be as special as you want to make it in Paris,  especially when you glam up and then trek off to Le Meurice, a luxury hotel on the stylish Rue de Rivoli. 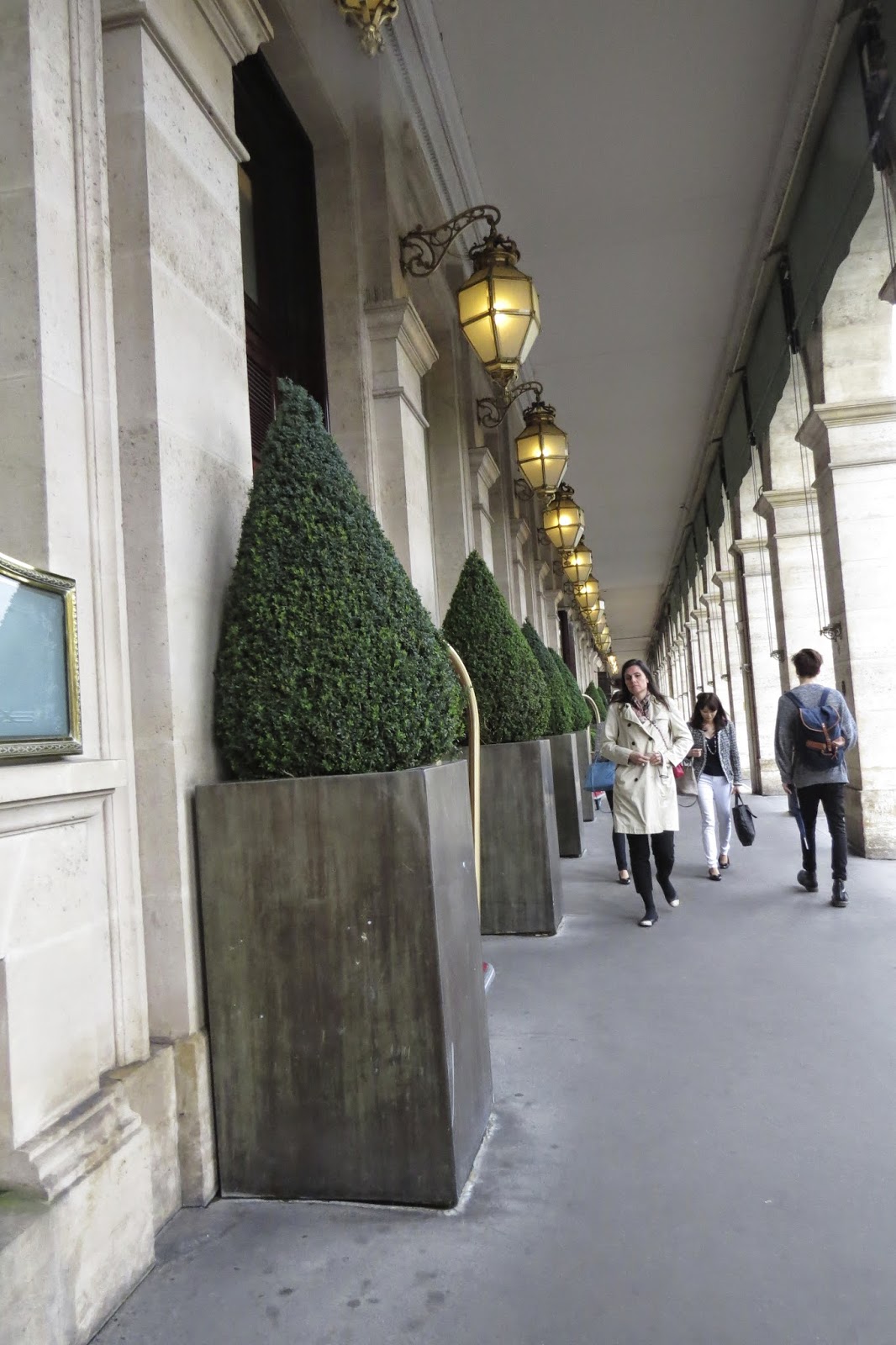 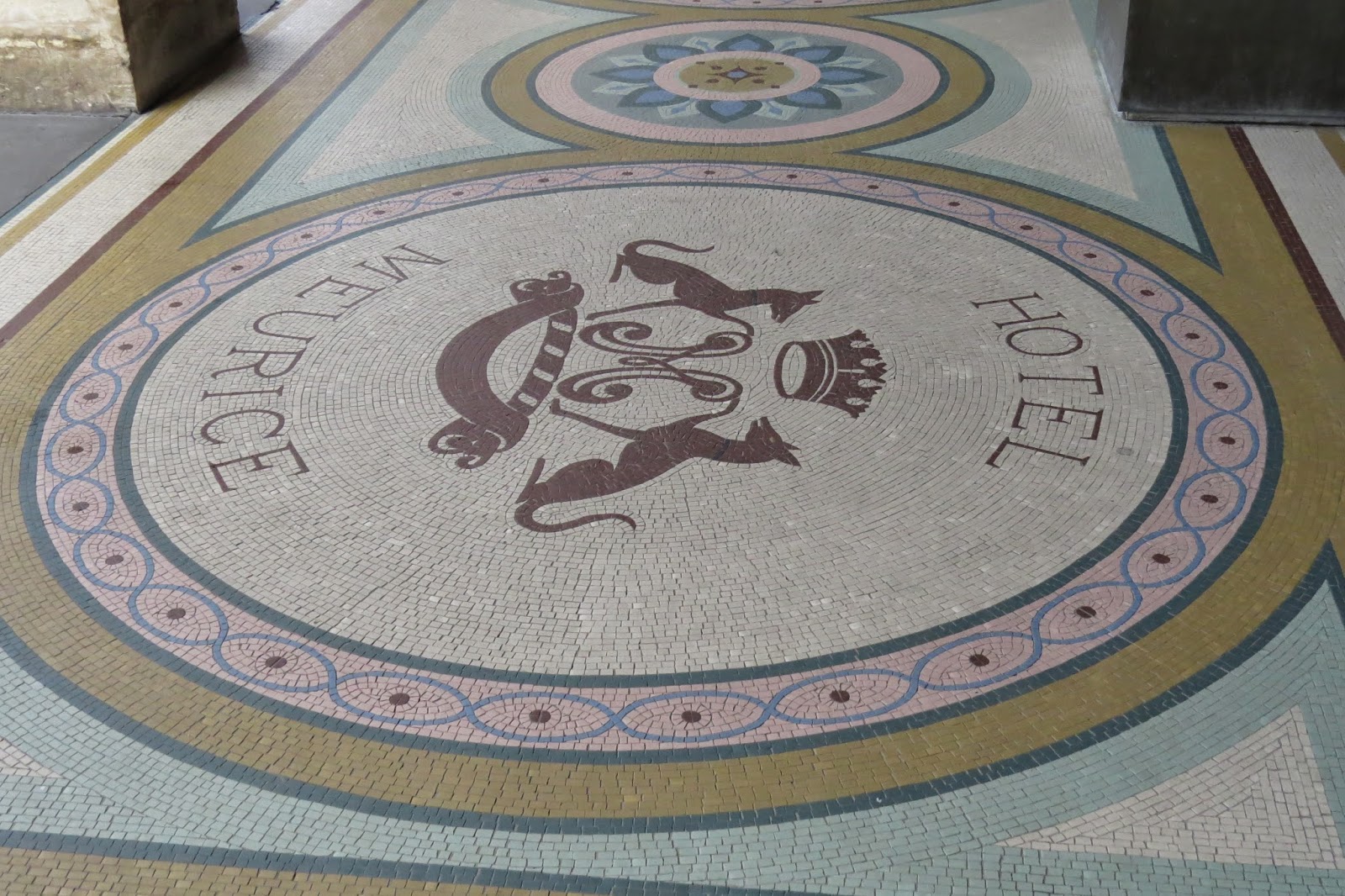 While most of us mere mortals can only dream of staying there, we can all dine there. Dinner is rather expensive for most (David Lebovitz had an astonishing dinner there), lunch much more reasonable, and breakfast the bargain deal of them all.  We can all dream of breakfast there. You can breakfast in two rooms. We feasted in the Restaurant Le Meurice- Alain Ducasse.

Hotel breakfasts can have a bad reputation, but a 5 star hotel breakfast is really something special. A way to peak at how the other half live. I can't remember the price exactly, but I think the breakfast was about 40 or 42 euros. A definite bargain. Totally worth it. I'll be going back.

What a great idea to have breakfast in a 4 star hotel! I never thought about it before but why not....& after seeing your photos....I really want to try!

This is a great idea. Was that 42 Euros per person? I would need to get past feeling intimidated in a room like that to enjoying it. I'll work on that. I posted a teaser from another book set in France.

My sister introduced the novel-to-me idea of eating an expansive (and less expensive) lunch and then having a light supper while we were in Paris during my once-in-a-lifetime there. Love the idea of a big breakfast even more, perhaps.

I wish I liked breakfast more - perhaps the Meurice could persuade me? ;-) (As for the yoghurts in Paris - I barely scratched the surface. Quite amazing.)

I often do this when travelling - have a big (special) breakfast, skip lunch and go hard again for dinner.

I love the idea of dressing up for brekkie :-)

This looks like so much fun-I had breakfast at Angelina's and quite enjoyed it. Thank you for the suggestion. Louise thank you for your kind words on the post about my mum. I appreciate them. This has been the most difficult year of my life. We just found out that our pet now has heart failure. Thank you for your thoughtfulness.

Gorgeous! I love food. Lol. These pictures make me wish I had breakfast there this morning rather than the oatmeal at my laptop. :) It looks like you had a wonderful time. :)

What a great experience! The pastries look fabulous!

What a great idea! I usually splurge on a midday meal, but I never thought of a luxury breakfast. Those pastries look amazing.

That is such a beautiful room, thanks for taking us along to breakfast.

absolutely stunning decor and exquisite food. What a wonderful way to treat yourself.

I'd love to dine in that room. a beautiful setting certainly does have an impact on the meal. I'm not big on eating breakfast out as the north american bacon and eggs has gotten so boring. Those pastries look wonderful.