The Most Beautiful Walk in the World 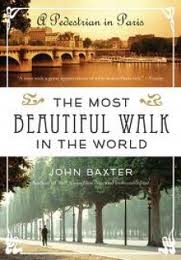 I came across John Baxter somewhat accidentally. I stumbled upon his A Paris Christmas a few years ago, and immediately fell in love. So much so that I needed two posts to gush fully. Find the first post here, and the second. So I knew that I would have to read The Most Beautiful Walk in the World sometime. I've just recently reread Edmund White's The Flaneur, and so this seemed an opportune time to walk the streets of Paris again, this time with John Baxter.

I have to say that I was a little bit disappointed with this book. Primarily I think because I loved A Paris Christmas so, so much. And a bit because most of it wasn't quite what I was expecting of it. The weight of expectations like that are hard to live up to.

Which is not to say that it's not a great read. I did enjoy it, a lot, and I read it in a mere few days, I just didn't love it as much as I expected to. John Baxter is in the enviable position of living in the 6th arrondissement (central Paris is divided into 20 such arrondissements or areas). I am in the enviable position of planning a holiday in Paris next year, and of having secured an apartment in the 6th, so there was plenty of local interest for me. He describes it as Paris's Greenwich Village or Soho. In the time of Hemingway it was cheap, whereas the modern 6th is the most expensive area in Paris. 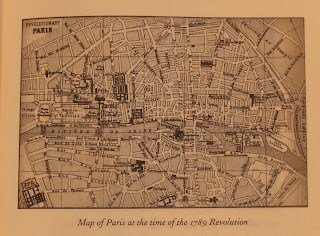 There is a whole chapter on the Luxembourg Gardens, more on it's dark history than the current day delights- it served as the former haunts of murderers and Nazis, as well as medieval queens. I've had the pleasure of strolling through the Luxembourg Gardens on quite a few occasions, but am looking forward to enjoying it even more next year with ready access, and hope to find more of it's treasures such as the original model of the Statue of Liberty.

John Baxter does eventually toy with the notion of the flaneur also. The broad avenues created by Baron Haussman as military conduits for Napoleon III (which happily destroyed the crowded tenements of the poor, and those likely to plot revolution) allowed Parisians to stroll and savour their newly beautiful city, and to promenade themselves in the fashions of the day. 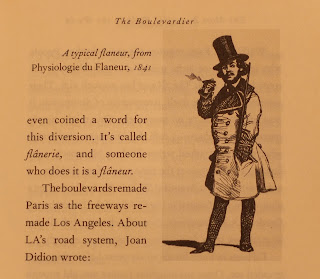 I'd never quite absorbed the role of prohibition in helping to make Paris such a capital of artistic and hedonistic endeavours in the 1920s. It was the perfect time though really, coming as it did on the tail end of the First World War, and there were already many American servicemen staying on in Europe, teaching the Europeans how to drink cocktails.

Foreigners liked to drink early, in the late afternoon, when French customers were still at work and the cafes would normally be empty. They also ate early, unlike the French, who seldom sat down before nine. Above all, they possessed unquenchable thirsts. The French drank for pleasure and relaxation; the Americans, the Spaniards, and the Germans did so to get drunk.


Indeed, this book is full of endless fascination. The role that opium has played in European art and culture. The endless variety of Paris Metro stations, some of which may be a destination in and of themselves next year.


... we who walk in Paris write a new history with every step. The city we leave behind will never be quite the same again.


Some of the many fascinating factoids that I gleaned from reading this book:

Speilberg is said to have used the forehead and nose from a portrait of Ernest Hemingway when refinining his visual concept of E.T! Along with the eyes of poet Carl Sandburg, and the mouth of Albert Einstein.

The guillotine was in use until 1977.

Perfumiers gather flowers in the late afternoon, as their scent will be at its most powerful.

A newly elected president of France will make a courtesy visit to the Pantheon.

There is a statue commemorating the discovery of quinine as a treatment for malaria on the Boulevard Saint-Michel that I shall need to seek out. 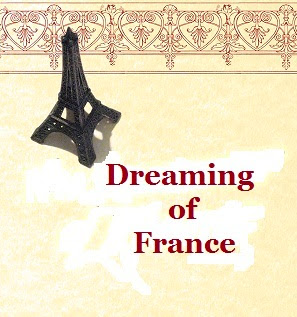 Dreaming of France, a weekly meme by Paulita of An Accidental Blog
Posted by Louise at 21:42

Expectations. Such a tricky thing to control. Especially expectations about a book about Paris.

I haven't read Paris Christmas (I don't think I have, at least) so I'm off to add it to my wish list. Christmas is coming, after all, and what better book to read at Christmastime?

I agree with Deb. I'm adding both books to my Christmas list. Thanks for the great review on a book set in Paris and thanks for playing along today. Here’s my Dreaming of France meme

I loved A Paris in Christmas! Loved it! And then I bought this one and started reading it and it just didn't work for me as well. I started it the night that I went to see the movie Midnight in Paris (so I was totally absorbing myself in Paris at the time) but I ended up putting the book down half way through. One day I will probably pick it up again but I think my expectations will be lowered.

Expectations are so difficult Deb, and have wrecked many a book for most of us I suspect. A Paris Christmas would make a perfect seasonal read of course (it was republised in a slightly augmented form as Cooking for Claudine in case you have trouble finding it).

I hope you get to read it too Paulita, and enjoy it. Thanks for creating Dreaming of France. I'm so glad you did.

Marg- I'm glad it's not just me! I hope you get to finish it sometime, and enjoy it more.

That A Paris Christmas sounds divine - and I agree, I love Paulita's Dreaming of France meme. Learning such delicious things - and getting more and more envious of you, Louise, by the minute.

Sim I'm always dreaming of France anyway, so it's perfect for me. I'm planning an amazing trip next year, more jealousy to come..... I will have to try and not be too OTT, but I am pretty excited about it. So much good stuff to come.

I did some homework and read some of your previous posts. Berthillion twice a day!! My goodness! Ok I admit I succumbed also or at least I made my kids donate to my cause, because they seemed to have it twice daily as well!

To be fair it was REALLY hot when we had Berthillon multiple times per day... Not that I don't want it twice a day other times too.

thanks so much, I had not heard about this book