I don't think anyone, least of all me, would be surprised to hear that my Christmas reading extended beyond Christmas and not just in the lead up. On a beautiful Australian Christmas Day when I feasted on prawns and salmon and slugged back some Ruinart (one of my favourite French bubblies) I started Augusten Burroughs's You Better Not Cry. A book about the most "dysfunctional day of the year". 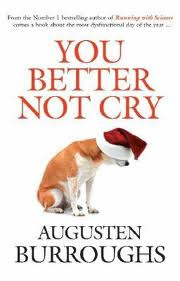 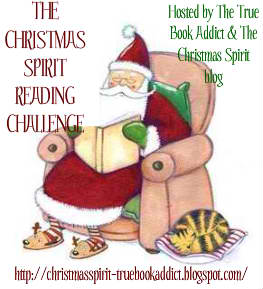 When I saw Augusten Burroughs I though surely this is not going to be humorous like Sedaris - but clearly there's more to Burroughs than his life story. All I really know of him is what I saw in the biopic, Running with scissors. (For a rundown check out the Wikipedia article on the book: http://en.wikipedia.org/wiki/Running_with_Scissors_(memoir)) But, these stories sound great - and I do love your take on The twelve days of Xmas!

I really enjoyed this. I haven't read a lot of Burroughs or Sedaris, but at this stage I think I prefer Burroughs. I will read more of his work. Sadly, it wasn't my take on the 12 days, but Augusten Burroughs'. I'm not that clever

Oh gosh, his take on The Twelve Days of Christmas is hilarious and eye-opening :P Funnily enough, I can't remember every having actually believed in Santa. I'm sure I must have at some point, though...

It is hilarious. He has a rather interesting perspective at times. I remember Santa bringing a swing set once but that's about it.

I liked this book, but didn't quite love it. I think my complaint with it was that it just didn't feel Christmasy enough for me. I'm glad you enjoyed it so much.

I certainly understand the not-Christmasy-enough vibe. We don't have a typical Christmas in Australia, perhaps that's part of the appeal? I don't know. It was fun though, and I'm glad I found it.

Fantastic review! I have only read one of Augusten Burroughs books, Running with Scissors, a memoir which is hilarious and very sad and everything in between. I don't know if he took any artistic license in writing it but he had a bizarre childhood.
You Better Not Cry sounds filled with stories I would very much enjoy. Thank you for your thorough and honest review. I really enjoyed it.

Thanks so much Amy. I certainly enjoyed reading the book, and writing the review. If you've already enjoyed some of his writing, I'm sure you'd like this. It's obviously not for everyone. But it is great.